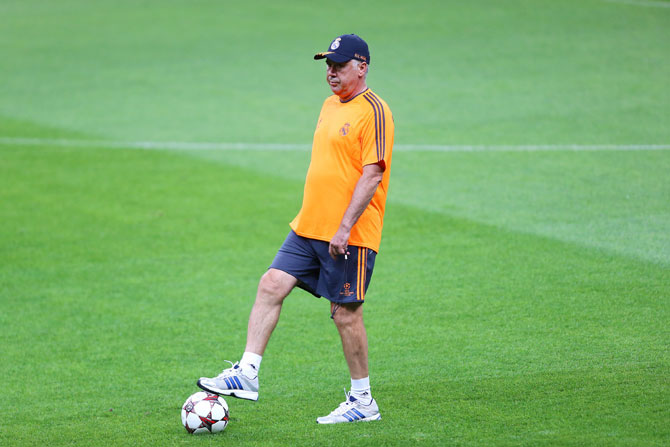 The swift counter attack could be Real Madrid's most effective weapon in Saturday's La Liga 'Clasico' at champions Barcelona as it will be hard to boss possession against their arch rivals, Real coach Carlo Ancelotti said on Friday.

Victory for Real at the Nou Camp would put the Spanish giants level on 25 points from 10 matches and represent Barca's first reverse this season as well as giving the Real players a significant psychological boost in the title race.

With the in-form Portugal forward Cristiano Ronaldo in their ranks, who has scored in each of his last six visits to Barca's giant stadium, including doubles in his last two games there, Real can quickly punish any mistakes with a breakaway goal.

"The counter attack is one weapon we can use against Barca," Ancelotti, taking charge of his first 'Clasico' after taking over from Jose Mourinho in the close season, told a news conference.

"It's difficult to wrest the ball from them and the important thing is that when we have it we do something positive, good interchanges of passes, and if there is space counter attacks," added the Italian.

"The idea is to go and play and try to show our qualities, our game.

'He is ready, we are going to see the best of Bale' 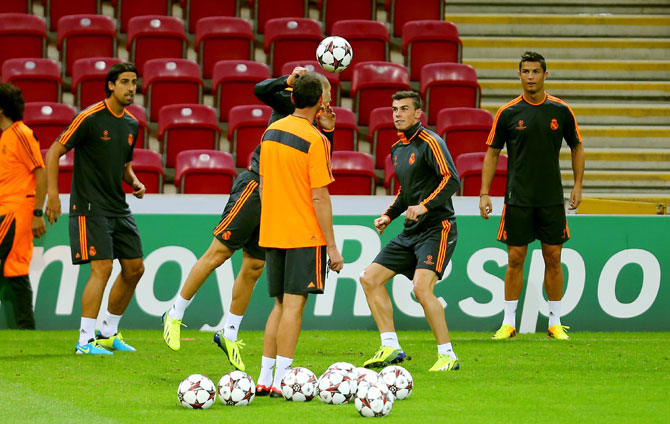 "Have the courage and the personality to play football, not just to defend and wait."

Ancelotti hinted after Wednesday's 2-1 Champions League success at home to Juventus that record signing Gareth Bale could be in the starting lineup against Barca.

The 100 million-euro Wales winger is coming back from injury and came on as a substitute midway through the second half against the Italian side.

A decision on Bale's participation would be taken after training later on Friday, Ancelotti said.

"I don't know at the moment (if he will start) because I have to see training and I will decide after that," Ancelotti said.

"He is ready, we are going to see the best of Bale."

Real hold the upper hand in La Liga games against Barca, with 70 victories to 64 since they first locked horns in 1929. Under Mourinho last term, they drew 2-2 at the Nou Camp and won 2-1 at the Bernabeu.

If Barca lose, Atletico, whose perfect start ended in a 1-0 defeat at Espanyol last weekend, can go two points clear at the top with a win at home to Real Betis on Sunday.