The use of the VAR has contributed hugely to the spike in the number of penalties. 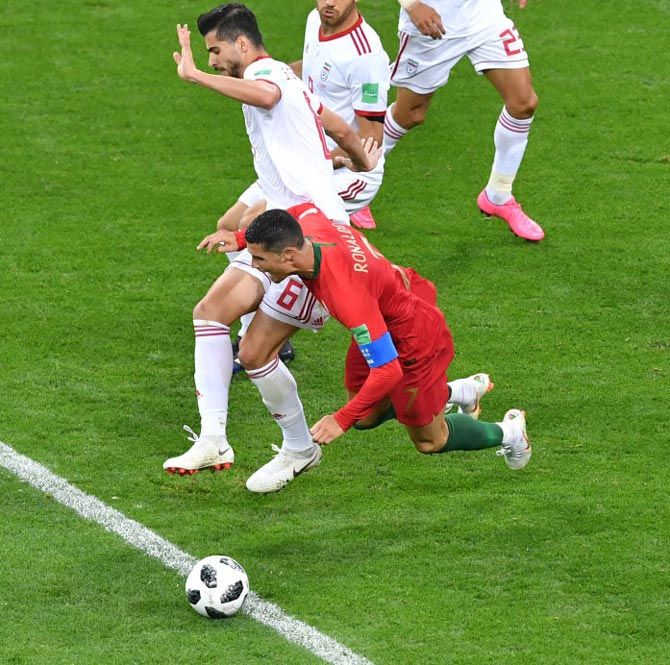 IMAGE: Cristiano Ronaldo is fouled inside the box by Saeid Ezatolahi of Iran to win a penalty. Photograph: Hector Vivas/Getty Images

A foul on Cristiano Ronaldo during Portugal's Group B clash against Iran on Monday resulted in a record 19th penalty at the World Cup before the knockout rounds.

The Portugal forward was brought down in the box shortly into the second half in Saransk, with the penalty awarded by use of the video assistant referee (VAR).

Although Ronaldo's spot kick was saved by Iran goalkeeper Alireza Beiranvand, the decision eclipsed the previous record tally of 18 penalties awarded set at the 2002 World Cup hosted by Japan and South Korea.

In Brazil four years ago, there were only 13 penalties in the entire tournament.

The use of the VAR has contributed hugely to the spike, and it was employed earlier on Monday to award a penalty to Saudi Arabia's Salman Al-Faraj in their Group A match against Egypt.

Al-Faraj's penalty was the second awarded in the match, which Saudi Arabia won 2-1.

Saudi Arabia's Fahad Al-Muwallad was given a penalty after a foul in the box in the 39th minute but his effort was saved by the keeper.

© Copyright 2022 Reuters Limited. All rights reserved. Republication or redistribution of Reuters content, including by framing or similar means, is expressly prohibited without the prior written consent of Reuters. Reuters shall not be liable for any errors or delays in the content, or for any actions taken in reliance thereon.
Related News: Cristiano Ronaldo, VAR, FIFA, Saeid Ezatolahi, IMAGE
COMMENT
Print this article 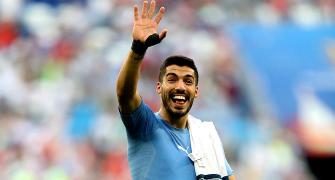 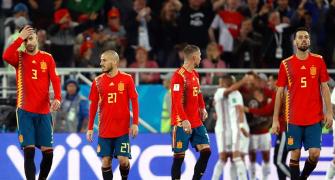 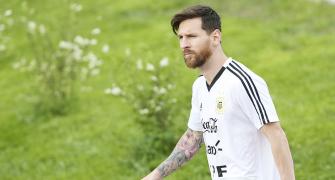 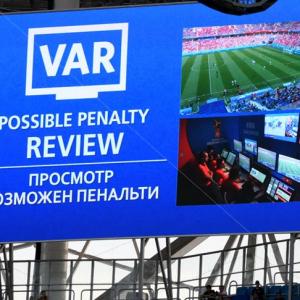