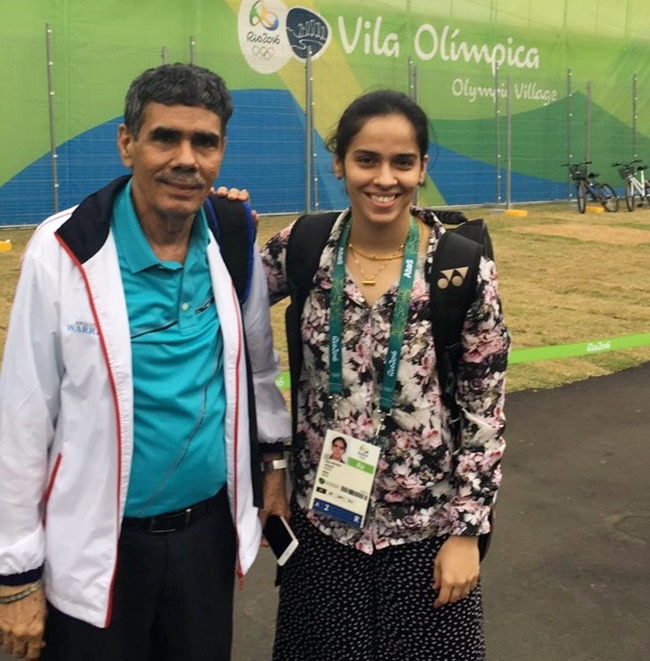 IMAGE: Saina Nehwal in Rio with her father. Photograph: IOA/Twitter.

The shuttlers led by Saina Nehwal will make their first appearance in the Olympic Games, on Thursday, along with men golfers as India still waits for its first medal after five days of fruitless labour in this Brazilian city.

All seven shuttlers, three in singles and the rest in doubles, will play their first round matches, on Thursday, while golfers Anirban Lahiri and S P Chawrasia would battle their opponents as well as weather and course conditions on day one of the stroke-play golf competition that gets underway.

Saina, India's first-ever medal winner in badminton four years ago in London, should have little trouble in disposing off her Brazilian rival Lohaynny Vicente while the other shuttler in women's singles, P V Sindhu, too would be fancying her chances against Hungary's Laura Sarosi.

K Srikanth, in men's singles, B S Reddy and Manu Attri (men's doubles) and Jwala Gutta and Ashwini Ponnappa (women's doubles) would also be seen on the court.

Woman archer Laishram Bombayla Devi takes on Mexico's Alejandra Valencia in her pre-quarterfinal clash, the men's hockey squad would be up against the might of The Netherlands in their fourth pool game while boxer Shiva Thapa would match mitts with Cuba's R Ramirez in round two of 56 kg competition.

In tennis, Sania Mirza teams up with Rohan Bopanna in the mixed doubles first round clash against the Australian pair of Samantha Stosur and Jimmy Peers. 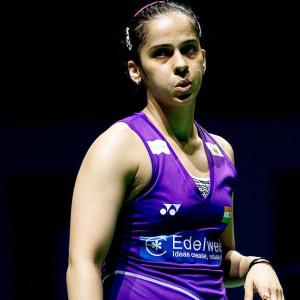