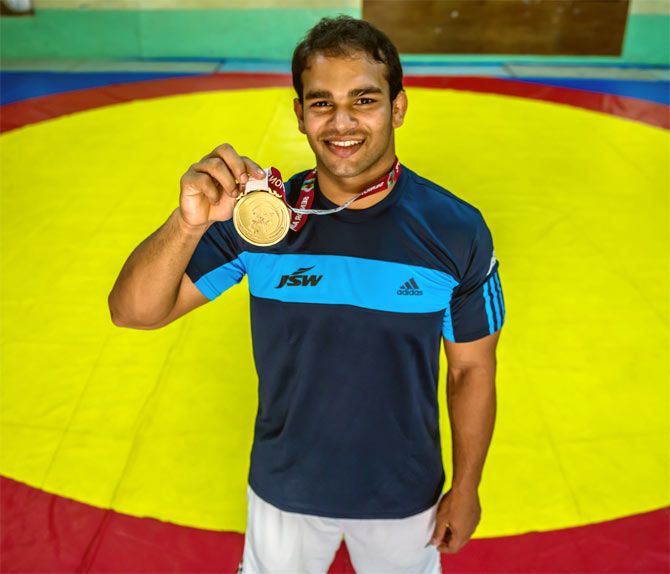 The 26-year-old was on Monday cleared to compete in the Rio Olympics after being exonerated of doping charges by a panel of the National Anti-Doping Agency (NADA), which ruled that the wrestler was a victim of "sabotage" and deserved the benefit of doubt.

"Narsingh Yadav have been given a clean chit which means there is no taint of dope on him. He has not been punished, he has been cleared," Goel said on Tuesday.

"Now we have to go through the process where WFI have to write to the world body and they have to clear it and then IOC (International Olympic Committee) will clear it and we will have to ensure that WADA doesn't become a hindrance and we will extend all support to him and the federation," he added.

Asked about Inderjeet, Goel said: "It is not possible for me to comment on anybody till we receive a report from anti-doping disciplinary committee. So we will wait for the report."

"I am so happy for him. Actually he has been facing a lot of trouble in his preparation for Olympics. God is always with us and one who is with truth. He has been fighting all the difficulties and is working hard and wish him all the best," said the London Olympics bronze medallist. 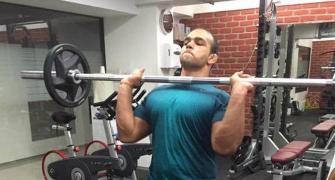 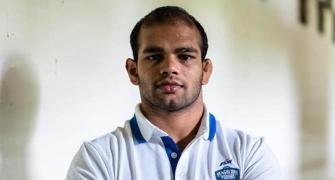 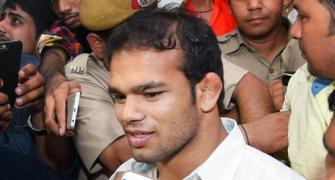 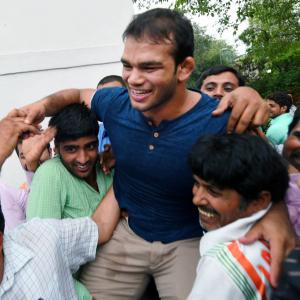 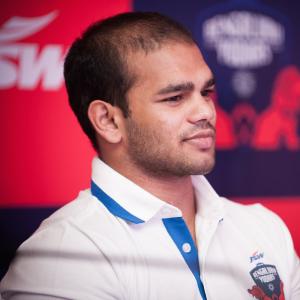