A second half goal being disallowed, Indian women were held to a surprise 1-1 draw by a lowly Ukraine in their opening match of London Olympics hockey qualifiers at the Dhyan Chand National Stadium in New Delhi on Saturday.

Higher-ranked India were rusty in the first half and conceded the early lead to Ukraine in the 26th minute when Maryna Vynohradova found the goal on a direct hit. Soundarya Yendala drew parity for India combining with Kirandeep Kaur in the 42nd minute.

In the 55th minute, the Indian camp burst into celebration when Anuradha Devi Thokchom, standing at the goal post, seemed to have nudged the ball home after Poonam Rani's shot from inside the 'D' went high towards the left corner of the nettings after deflection from Ukraine goalkeeper.

The umpire signalled a legitimate goal but technical officials later ruled it was not a goal apparently because of Anuradha's high stick position, much to the disappointment of the Indians.

Ukraine, who had to battle extreme weather conditions in the run-up to the tournament, gave a good account of themselves and kept the Indians, ranked 13th in the world against 26th of their opponents, on the tenterhooks for most part of the match.

India found the going tough and whatever chances they earned, they squandered them as the Ukraine midfield and defence were always up to the task.

India were aggressive at the start with Soundarya Yendala and Ritu Rani making inroads in the rival defence in the first five minutes but an alert Ukraine defence thwarted the attempts.

In the sixth minute, Ukraine earned their first penalty corner but missed the chance by hitting wide. Four minutes later, Sadova Bohdana missed another opportunity when she hit over the post.

In the 23rd minute, Indian skipper Asunta Lakra and Jaspreet Kaur Handa created a chance but with the latter's deflected shot going wide, once again the deadlock was maintained.

Two minutes later, Ukraine earned their second penalty corner as the Indians failed to clear the ball after their golie Yogita Bali made a double save. Skipper Maryna Vynohradova made no mistake and scored from a direct hit to give Ukraine a 1-0 lead.

India could have drawn parity in the dying moments of the first half but Rani Rampaul missed a sitter as her shot went over the post as the hosts went into the breather trailing 0-1.

After the breather, India stepped up the gas and kept the ball in the rival camp. In the 40th minute, Kirandeep's hit from the left flank found Jasjeet's deflection on target but Ukraine goalkeeper was up to the task.

In the 42nd minute, Soundarya brought up the equaliser for India, hitting on the reverse after getting a pass from  Kirandeep Kaur.

In the 51st minute, India earned their first penalty corner and although an alert Ukraine golie averted it on the way gave another penalty corner to India but the hosts couldn't covert it also.

Even after a goal was disallowed in the 55th minute, India continued with the attack and created chances but could not find the winning goal.

With three minutes to go, Ukraine made another last-ditch attempt to break the deadlock but Yogita Bali was up for the job.

With 30 seconds left in the match, India earned their third penalty corner but failed to make use of the chance.

India got their fourth penalty corner but with the hooter going off almost at the same time, the match was adjudged over with both sides collecting a point each.

Anuradha Devi was adjudged the player of the match.

Earlier in the day, South Africa beat Poland 2-1 with Kate Woods (39th minute) scoring with a direct shot and Pietie Coetzee slotting home in the 53th minute. For Poland, Magdalena Zagajska scored in the 39th minute.

In the second match, Italy were held to a 2-2 draw by Canada. Agata Wybieralska gave Italy the lead in the third minute through a penalty corner as they went into the lemon break 1-0 up.

However, Canada's Thea Culley (40th) brought up the equaliser and Brienna Stairs (61st) made it 2-1. But Alessia Doriana Padalino (63rd) made sure both the sides shared the honours. 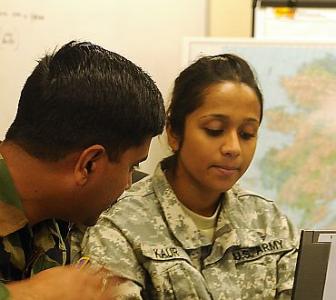 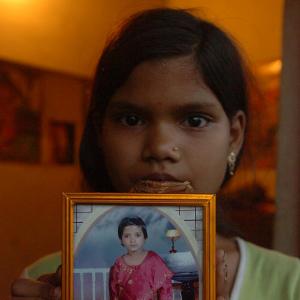 Death at Gadkari's home: What happened to Yogita, 7?