News from the La Liga, Bundesliga and Ligue 1. 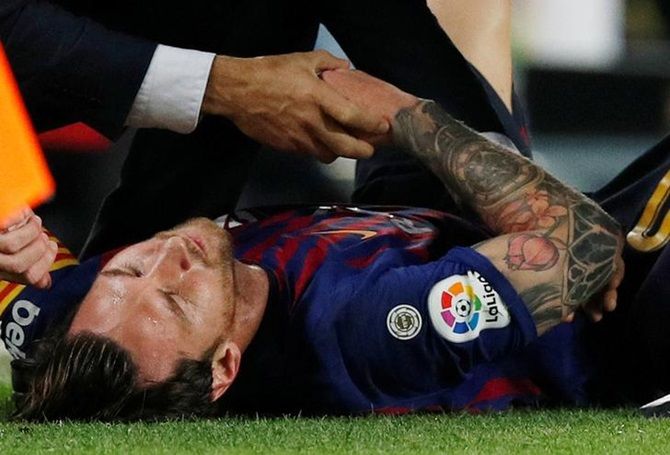 Barcelona snapped a four-match win-less run in La Liga with a 4-2 home victory over title rivals Sevilla on Saturday to reclaim top spot but the triumph was marred by talisman Lionel Messi fracturing his arm and being ruled out for three weeks.

Record signing Philippe Coutinho gave Barca the ideal start by curling a first-time shot into the top corner in the second minute, helped by a clever through ball from Messi.

Sevilla almost struck back instantly when Guilherme Arana hit the post but Messi doubled the lead in the 12th minute with a trademark solo run from deep and a left-footed strike into the far corner as he entered the area.

The Argentine was left badly hurt moments later following a challenge from Franco Vazquez and left the pitch with a bandaged right arm.

A club statement revealed the forward had suffered a fracture, ruling him out of five games in La Liga and the Champions League, most crucially next Sunday’s ‘Clasico’ at home to arch rivals Real Madrid as well as both games against Inter Milan.

“It’s a considerable loss,” said Barca coach Ernesto Valverde of the injury to his club’s all-time top scorer and captain.

“We know what he gives us and what we miss when he is not around. We have to deal with it and we will be prepared. It’s clear that we will notice his absence, but we will cope and we have resources, even though we will be facing some very difficult teams.” 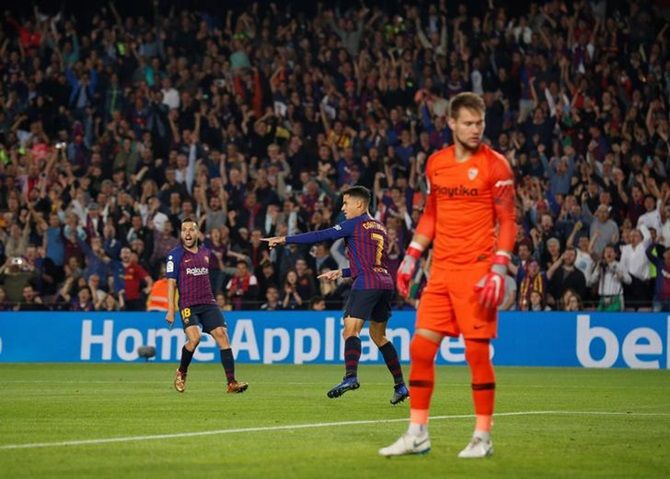 The Catalans, now on 18 points from nine games and one point clear of Alaves and two of Sevilla, lacked momentum without Messi in the second half and it took a jaw-dropping double save from Marc-Andre ter Stegen to prevent Sevilla from pulling a goal back.

Moments after the German’s heroics, Barca practically killed off the game when Luis Suarez converted from the penalty spot after being tripped by Sevilla’s goalkeeper Tomas Vaclik.

Sevilla midfielder Pablo Sarabia pulled a goal back for the visitors soon after, helped by a heavy deflection from Barca defender Clement Lenglet, only for former Sevilla skipper Ivan Rakitic to score Barca’s fourth, declining to celebrate the strike against his former club.

Sevilla substitute Luis Muriel made it 4-2 in stoppage time, after Ter Stegen had made another stunning double save.

Valverde admitted his side had been affected when Messi was forced off.

“I won’t deny that it jolted us a bit and we struggled to adapt. We played with 10 men for a while hoping that he would recover. After their goal, we then had difficulties killing the game off.” 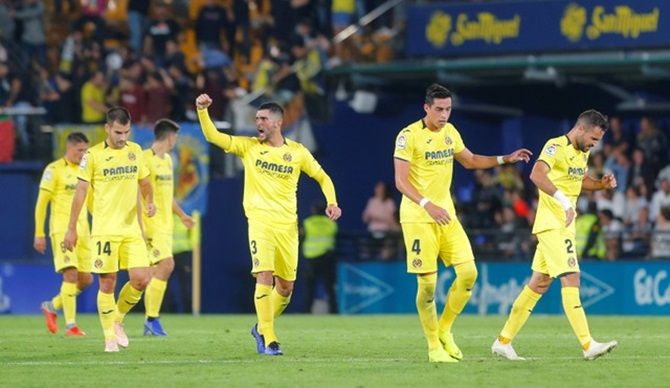 Struggling Villarreal derailed Atletico Madrid's hopes of taking top spot in La Liga with a 1-1 draw at home on Saturday and were unfortunate not to win the game after squandering a number of chances in the second half.

Filipe Luis broke the deadlock early in the second half by nodding a looping ball into the net after it had clanged against the crossbar off the head of Villarreal defender Ramiro Funes Mori.

Mario Gaspar grabbed a scrappy equaliser for the home side in the 64th minute, finishing with the outside of his foot after the ball had bounced into his path off team mate Alfonso Pedraza.

Villarreal, without a home win in the league all season and with coach Javi Calleja under pressure, went all out for a winner and came close to getting one on three occasions but were denied by some impressive saves from Atletico goalkeeper Jan Oblak.

Atletico are provisionally third in the standings with 16 points, while Villarreal have nine points and are 14th. 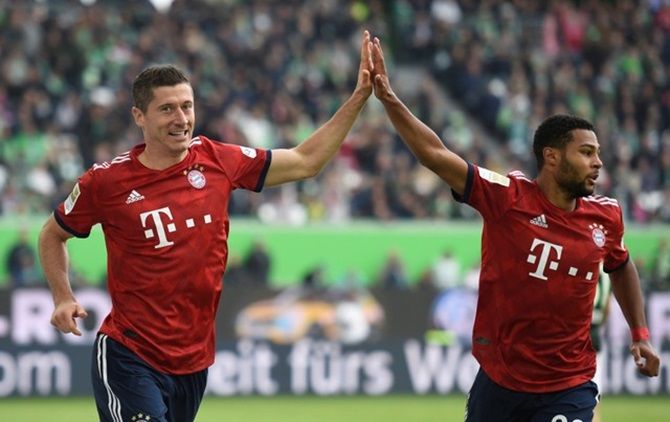 Bayern Munich's Robert Lewandowski scored once in each half and set up a third goal to steer the German champions, playing with 10 men, to a 3-1 victory over VfL Wolfsburg on Saturday for their first win in five games in all competitions.

The Poland striker opened his account on the half hour and doubled it four minutes after the re-start to give embattled Bayern a much-needed boost, a day after club bosses launched a scathing attack on the media while backing coach Niko Kovac and his players despite their dip in form.

"We had a lot of pressure," Kovac told reporters. "We wanted everyone to focus over 90 minutes and give it all for the club. The team did this unusually well and the final score is fully deserved.

"Overall it was a solid performance, even when we were down to 10 men. Even when they pulled a goal back we did not falter."

The game looked to be turning for the hosts in the 57th minute when Bayern winger Arjen Robben was sent off after a second booking. It was the Dutchman's first dismissal in more than seven years.

The Wolves then cut the deficit through Wout Weghorst six minutes later and launched an all-out offensive in search of the equaliser before James Rodriguez stunned the home crowed with a curling shot following a Lewandowski pass.

The win will no doubt ease some of the pressure on Kovac, in his first season at Bayern, and the team can earn more bonus points with fans if they beat AEK Athens in Greece in the Champions League next week.

Bayern, whose president Uli Hoeness and CEO Karl-Heinz Rummenigge on Friday accused the media of unfair and "shameful" reporting of their team's current form, are now provisionally in second place on 16 points, four behind leaders Borussia Dortmund. 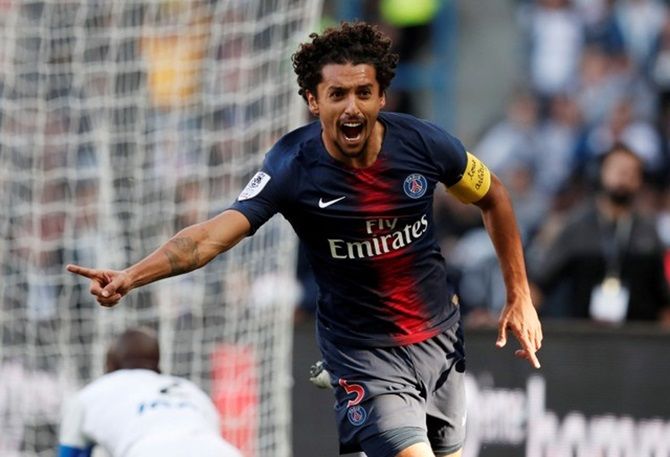 A trio of headed goals from Marquinhos, Adrien Rabiot and Julian Draxler and strikes from Kylian Mbappe and Moussa Diaby made it a perfect 10 wins in 10 Ligue 1 games this season for Paris St Germain as they hammered Amiens 5-0 on Saturday.

Defender Marquinhos opened the scoring at the Parc Des Princes by heading home from an Angel Di Maria corner in the 12th minute, and Adrien Rabiot made it two from another corner by Di Maria three minutes before half-time.

Amiens, who are four points above the drop zone, defended bravely but they fell apart towards the end, with Draxler heading home in the 80th minute and Mbappe rifling a shot low to the right of the goalkeeper to make it four two minutes later.

Midfielder Diaby jinked into the box and placed the ball in the same spot to make it 5-0 two minutes from time in front of a raucous home crowd.

With many of the weekend's fixtures still to be played, the win put PSG top of the table on 30 points, 11 ahead of second-placed Lille, who are away to Dijon later on Saturday.

Olympic Lyonnais, who beat Nimes 2-0 on Friday, are third on 17 points. 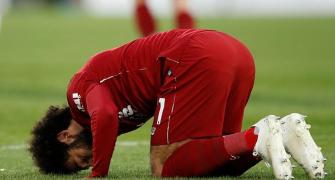 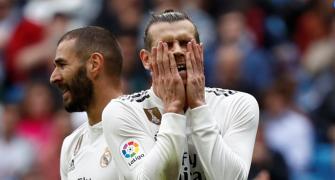 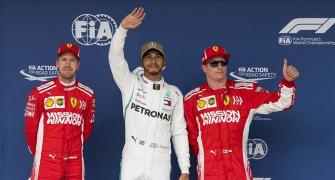 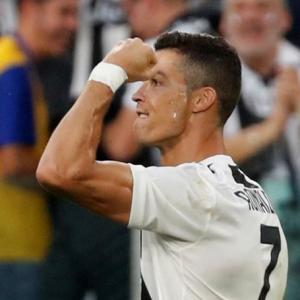 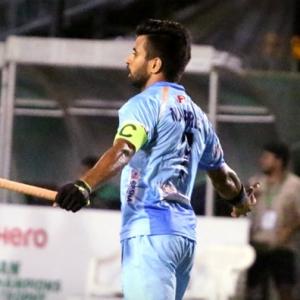