IMAGE: Disciplinary proceedings against Juve, Barca and Real over their involvement in the proposed Super League have been suspended by UEFA's independent appeals body. Photograph: Michael Regan/Getty Images

Juventus, Barcelona and Real Madrid have been admitted to next season's Champions League despite their involvement in the proposed breakaway European Super League project.

Disciplinary proceedings against Juve, Barca and Real over their involvement in the proposed Super League have been suspended by UEFA's independent appeals body.

UEFA opened a probe against the three clubs but last week it suspended proceedings after being notified by the Swiss authorities of a court order from the commercial court in Madrid obtained by the legal entity European Super League Company SL.

"Admission letters have been sent to all clubs participating in next season's UEFA club competitions today," UEFA told Reuters on Tuesday.

Juve, Barca and Real are the last of the 12 clubs who signed up to the Super League in April not to have distanced themselves from the breakaway project which unravelled when all six English clubs plus Inter Milan, AC Milan and Atletico Madrid withdrew.

Super League founder and Juventus chairman Andrea Agnelli said earlier this month that the plan to create a breakaway league was not a coup but a way to save the soccer industry, which has been hit by the novel coronavirus pandemic.

Juve qualified for the Champions League on the final day of last season's Serie A campaign and have since changed coaches, with Massimiliano Allegri back for a second spell.

Morata to stay on loan at Juventus for another season

Alvaro Morata will stay at Juventus on loan from Atletico Madrid for another season, the Serie A club confirmed on Tuesday.

Morata, who is currently with the Spain squad at the European Championship, spent last season on loan in Turin, and the clubs have come to an agreement that he can stay for another year.

The 28-year-old scored 20 goals across all competitions for Juventus last season as the reigning Serie A champions endured a difficult campaign, finishing fourth in the standings.

Juve retain the option to buy the Spaniard at the end of his second year on loan, with a future at Spanish side Atletico looking very unlikely. He rejoined Atletico in 2019 from Premier League club Chelsea.

Morata spent a first spell at Juventus between 2014 and 2016. Across the two stints in Turin, Morata has made 137 appearances and scored 47 goals.

England full back Danny Rose will return to Watford on a free-transfer next season after leaving Tottenham Hotspur, the newly-promoted Premier League club said on Wednesday.

Rose, who has signed a two-year deal at Watford, left Tottenham after 14 years at the north London club. He was part of the Tottenham team that reached the Champions League final in the 2018-19 season.

The 30-year-old, who has 29 caps for England, will return to Watford after 12 years, having played seven times for the Hertfordshire club during his loan spell at the end of 2008-09.

Watford, returning to the Premier League after a year-long absence, host Aston Villa in their first game of the season on August 14.

© Copyright 2021 Reuters Limited. All rights reserved. Republication or redistribution of Reuters content, including by framing or similar means, is expressly prohibited without the prior written consent of Reuters. Reuters shall not be liable for any errors or delays in the content, or for any actions taken in reliance thereon.
Related News: UEFA, Alvaro Morata, Barca, Juventus, Atletico Madrid
COMMENT
Print this article 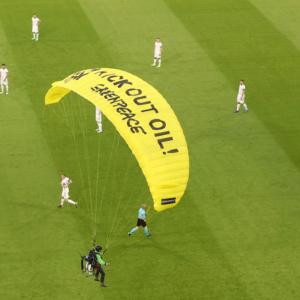