In addition, starting with the 2022-23 and 2023-2024 season, the winner of the I-League will stand a chance to be promoted to the ISL with no participation fee. 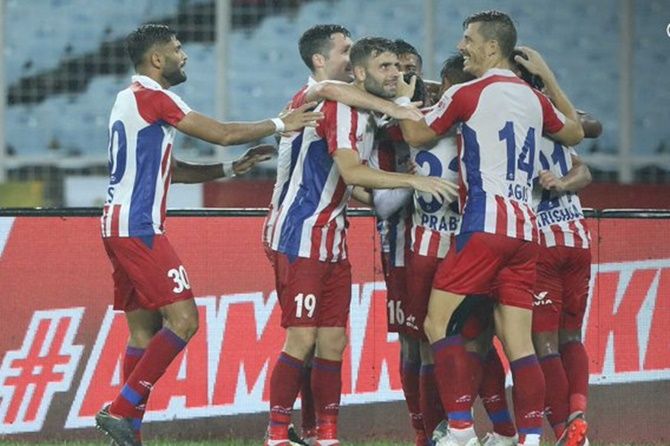 IMAGE: ATK players celebrate a goal during the ISL match against Hyderabad FC at the Salt Lake stadium, in Kolkata. Photograph: ISL/Twitter

The Asian Football Confederation (AFC) on Saturday recognised the Indian Super League as the country's premier football league, while recommending the AIFF to "open a pathway" for two I-League clubs' entry into ISL by the end of 2020-21 season.

The AFC's executive committee approved All India Football Federation's (AIFF) proposed roadmap for the country's sport during a meeting in Vietnam.

Another key recommendation by the AFC is to open a "pathway for two I-League clubs' entry into the ISL by the end of the 2020-21 season, subject to the criteria being fulfilled".

The top continental body will allow the winning ISL club to represent India in the AFC Champions League play-offs, and the I-League winner will get to play in the AFC Cup play-off.

The endorsement comes days after the AFC held a summit in Kuala Lumpur on October 14 and involved representatives of both ISL and I-League as well as the AIFF and IMG-Reliance.

The ISL winners would also be entitled to a play-off place in the AFC Champions League and the I-League champions would take a place in the AFC Cup in "a package that takes into consideration the recommendations of the FIFA/AFC report of 2017".

In addition, starting with the 2022-23 and 2023-2024 season, the winner of the I-League will stand a chance to be promoted to the ISL with no participation fee, provided they fulfil sporting merit and the AIFF's club licensing criteria. There will be no relegation in the ISL at this time.

In its recommendation for 2024-25, the AFC stated "it is agreed to fully implement promotion and relegation into the top league, and abolition of two parallel leagues".

The roadmap was formulated by the AIFF brass, led by president Praful Patel, after consultations with AFC general secretary Dato Windsor and other top officials.

There had been speculations for long that Mohun Bagan and East Bengal could join the ISL but only if the Rs 15 crore participation fee was waived off. 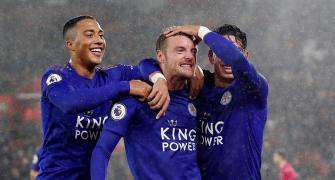 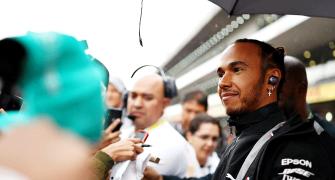 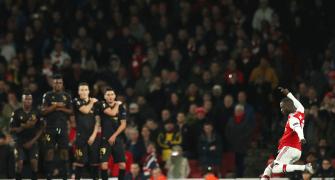 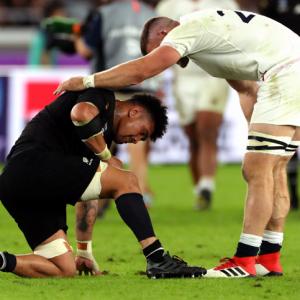 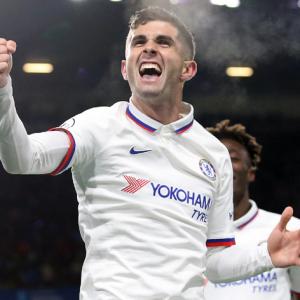