Indian challenge ended at the World Chess Cup following Grandmaster Abhijeet Gupta's defeat against Chinese Grandmaster Xiangzhi Bu in the second game of the third round in Khanty Mansiysk, Russia.

Parimarjan Negi and P Harikrishna have already been ousted from the $1.6 million knockout event.

It was a typical case of so-near-yet-so-far as Abhijeet at one point was just a right-move away from securing his place in the pre-quarterfinals. Up against a Grunfeld defense, Xiangzhi (white) did pose a lot of initial problems and stood better in the ensuing middle game but Abhijeet kept himself in the hunt with some imaginative display of fighting chess.

As it happened, Xiangzhi missed the thread of the position and a blunder to reach a lost position but Abhijeet, running short of time, did not find the winning move. Later the Chinese was left to suffer a long time but the logical outcome should have been a draw in a Queen and minor piece endgame.

Abhijeet kept on looking for an illusive advantage and in t checkmating web when Xianghzhi was trying to draw through perpetual checks. The blunder on the 60th move gave Xiangzhi a 1.5-0.5 victory in the two games mini-match.

Top seeded Sergey Karjakin of Russia also ended his campaign when he was forced to concede a draw to top-ranked woman Judit Polgar of Hungary. Karjakin, having lost the first game with black, tried hard but Judit was simply at her defensive best. 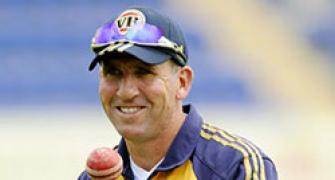 Regaining No 1 Test spot not on our minds: Nielsen
Anand beats Polgar 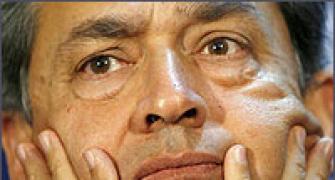 Chinese sold arms to Gaddafi till the last: Report