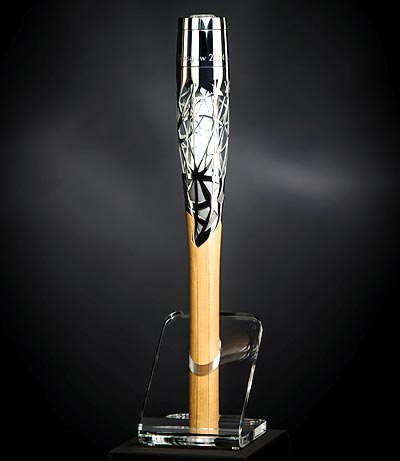 Indian sportspersons will be deprived of a chance to hold the Queen's Baton of the 2014 Commonwealth Games and run in the relay on October 12-13 in a solemn ceremony as Indian Olympic Association on Thursday decided to make the ceremony a low-key affair due to lack of security arrangements.

The IOA officials, after a meeting in New Delhi, decided to host the Queen's Baton Relay but without the usual ceremony of prominent sportspersons running by holding it in a relay in view of the constraints in providing security arrangements due to the Dussehra festivals.

"We will receive the QBR at Indira Gandhi International Airport with all necessary due respect and honour. But we have decided not to have a relay where sportspersons will run for a few meters in turn holding the Baton," acting IOA chief Vijay Kumar Malhotra said.

"The 2014 Glasgow CWG authorities are not going to revise their schedule. So, we have decided to revise the programme and curtail it to some functions which would uphold the dignity of QBR and the principles underlying the Commonwealth Games. The details of the revised programme will be decided in a day or two," said Malhotra after the meeting which was also attended by International Olympic Committee member in India, Randhir Singh.

The Queen's Baton Relay will be launched on October 9 at Buckingham Palace, London, where Queen Elizabeth II will place her message to the Commonwealth into the Baton and it will stay here for two days (on October 12 and 13) as the city will be its first stop as the host of the last Games in 2010.

After arrival on October 11, the QBR will travel to Agra where the Uttar Pradesh Government and the UP state Olympic body will host a function at the Taj Mahal on October 12. The QBR will then return to Delhi where programmes will be held on October 13 before its departure for Dhaka next day. In 2005 before the 2006 Melbourne CWG, and 2010 when India hosted the Games, the QBR was held with great enthusiasm with prominent atheltes with the Baton.

Malhotra rued that the IOA had to revise the programmes of the Delhi-leg of the QBR due to the inability expressed by state government and city police to provide adequate security for the event in view of the Dussehra festival.

"We need tight security arrangements for such an important event like QBR and our country's name is at stake if we don't provide enough security for that. But, most of the security apparatus will be deployed for Dussehra festivals on October 12-13. So, we had to revise our programmes," said Malhotra who had earlier written to the Glasgow organisers to defer the event to a later date.

According to the itinerary, the Queen's Baton Relay will reach Dhaka from Delhi on October 14 and then proceed to Islamabad on October 16.

Over a period of 288 days, the Baton will cover more than 190,000 kilometres, touching each nation or territory in the Commonwealth family before making its way back to Glasgow for the opening ceremony on July 23, 2014.

Image: The Baton for the 2014 Commonwealth Games in Glasgow.

Get Rediff News delivered into your Inbox.
Source: PTI© Copyright 2020 PTI. All rights reserved. Republication or redistribution of PTI content, including by framing or similar means, is expressly prohibited without the prior written consent.
Related News: QBR, IOA, Kumar Malhotra, CWG Baton, New Delhi
SHARE THIS STORYCOMMENT
Print this article 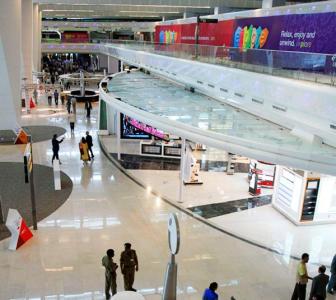 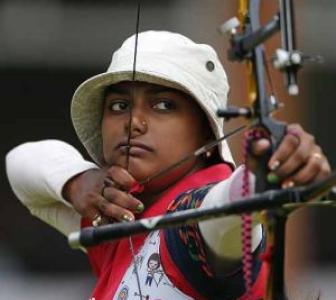 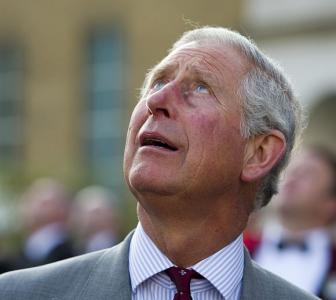 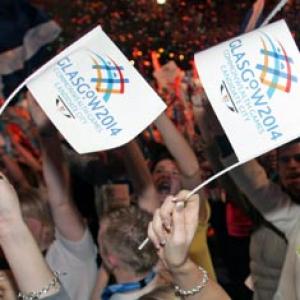 Cabinet gives nod for Telangana; Hyd to be joint capital