India's men's singles players Arvind Bhat and RMV Gurusaidutt, on Wednesday, made the main draw of the Hong Kong Super Series after notching up contrasting wins in the qualifiers.

2008 Commonwealth Youth Games gold medallist Gurusaidutt too had a good day in office as he spanked Toby Ng of Canada 21-4, 21-7 and then thrashed Dick Long Chan 21-1, 21-9 to make it to the main draw, where he will face Brice Leverdez of France.

Another Indian qualifier Sourabh Verma, however, retired midway at 13-21, 5-9 to hand over the match to local player Ka Long and crash out of the event.

Teen sensation PV Sindhu also looked on course to make it to the main draw when she beat Wing Chiu Tsang 21-9, 21-17 but she faltered against Ying Suet Tse 17- 21, 16-21 in the second round, bringing a premature end to her campaign.

World No. 56 Arvind said it was satisfying to make it to the main draw.

"I liked my first match today morning where I beat Lung of Hong Kong. Especially in third, where I was down 15-9. Normally, in such situations its match over for the guy who is on 9. But somehow I felt I could pull off this match and finally prevailed 23-21," he said.

"Tomorrow I play Chou from Taipei. I played him in Dutch Open just about a month ago. Sadly I had lost that one. But tomorrow is another day and I know a few things about him for tomorrow. So hope to have a good one," he added. 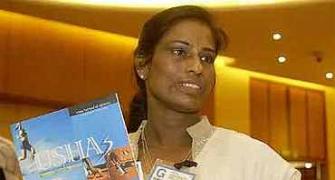 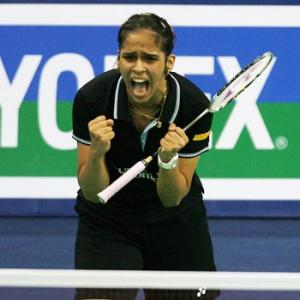