Delhi Waveriders started their campaign on a winning note, defeating Jaypee Punjab Warriors 2-1 in the opening match of the inaugural Hockey India league, at the Major Dhyan Chand stadium, in Delhi, on Monday.

Delhi rode on goals from Oscar Deecke and Gurvinder Singh Chandi, while Kieran Govers scored Punjab's lone goal in the tournament opener, which was marred by a pitch intrusion by supporters of little-known group Hindu Yuwak Sabha.

Shouting anti-Pakistan slogans, two supporters from the Hindu Yuwak Sabha attempted to invade the turf in the 27th minute of the match, protesting the participation of nine Pakistani players in the league in the wake of mounting tension over the Pakistan army's alleged brutal killing of two Indian soldiers recently at the Line of Control.

The two activists of the youth wing of Hindu Sena were overpowered by the security officials and dragged out of the venue.

Coming to the match, Delhi were by far the better side, scoring a goal each in the first two quarters (17-and-half minutes) of the opening half.

Punjab, on the other hand, looked out of sorts in the opening half as Australian Jamie Dwyer, Shivendra Singh and SV Sunil failed to combine and lacked coordination upfront.

Germany's Deecke broke the deadlock in the 14th minute when his flick from an acute angle rolled inside the net after a deflection from a Delhi defender.

Even though it was a self-goal by Delhi, as per rules Deecke will be credited with the goal.

Nine minutes later Chandi pulled off a stunner as Delhi went into the breather with a 2-0 lead.

Punjab, however, came out with more purpose in the second half and the coordination among their attackers was better than the opening 35 minutes.

Punjab's efforts bore fruit in the 43rd minute when Govers reduced the margin with a reverse flick from the right after being fed by Sunil.

Delhi will also have to thank their German goalkeeper Nicolas Jacobi for keeping their lead intact as he denied Punjab on numerous occasions in the second period.

Goalkeeper Jacobi was adjudged the player-of-the-match.

An unmarked Akashdeep Singh got a golden opportunity to increase the lead for Delhi four minutes from the final hooter but his reverse flick from the left was blocked by Stockmaan. 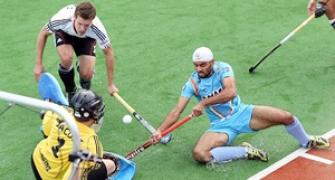 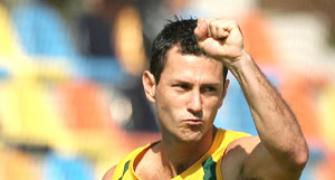