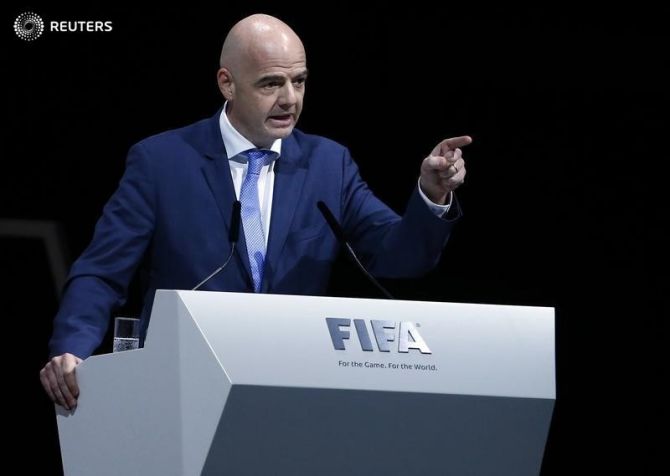 Six months ago Gianni Infantino was a low-profile right-hand man to European soccer boss Michel Platini. He was the striking, shaven-headed character who pulled balls out of glass pots during televised UEFA competition draws.

Barely-known by the general public, he was also the man behind a complex attempt to force Europe's clubs to reign in their spending, but which ended up leaving fans and even club directors confused.

On Friday, Infantino was chosen as the new president of FIFA, a position which made his predecessor Sepp Blatter as instantly recognisable as some of the world's leading statesman.

It was a remarkable leap for the affable Swiss-Italian.

The polyglot lawyer only entered the FIFA race in late October, one day before the deadline, as a stop-gap candidate after Platini had been placed under investigation for ethics violations.

When Platini failed to clear his name and was banned from football for six years, Infantino was left carrying the hopes of European football.

In the intervening time, he has visited several dozen countries, clocking up by his own calculations enough air miles to have flown around the world three times.

"In October 27, I started my journey in Cairo, and last Monday I finished in Cape Town, so it was a kind of Cape to Cairo in reverse," he said during his presentation to the FIFA congress on Friday.

"It was destiny which brought me to start the journey, an exciting journey, a fantastic journey," he said. "Five month ago I was not thinking of being a candidate but many things have happened." 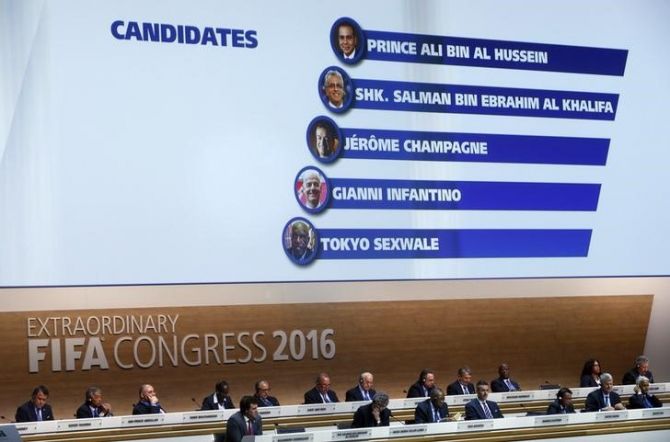 IMAGE: Names of candidates for the new president of FIFA are displayed on the screen during the Extraordinary FIFA Congress in Zurich, Switzerland February 26, 2016. Photograph: Arnd Wiegmann/Reuters.

At the same time he was delivering his speech in Zurich, almost three hours' drive away in Nyon the vote was being held for the Europa League, Europe's second tier competition. Had the dice fallen differently, Infantino would have been conducting that draw.

Having joined UEFA in 2000, Infantino rose to become its general secretary in 2009, just as Platini announced his break-even rule known as Financial Fair Play.

Designed to stop rich owners buying success by ploughing unlimited amounts of cash into their clubs, the rule banned clubs from spending more than their generated revenue.

Infantino has said it saved European clubs from spending themselves into oblivion but critics argued it prevented smaller clubs from growing and cemented a status quo in which the same teams dominate.

There was also confusion over the way it was implemented. UEFA initially said that clubs who did not comply would be kicked out of European competition, no matter how big.

In the event, clubs were allowed to negotiate settlements and, while some were subjected to financial penalties and squad reductions, no big clubs were expelled from European competition.

"Financial Fair Play is a very important tool and the only thing (problem) is that it's not all that easy sometimes to understand how the system works, and maybe UEFA has to do it more transparently," said Bayern Munich chief executive Karl-Heinz Rummenigge.

Infantino's watch has also seen the European championship expanded from 16 to 24 teams while the innovative move of staging the 2020 tournament in 13 cities around Europe rather than a single host nation.

Although Infantino's election is hoped to mark a clean break with FIFA's past, his rise to the top bears some similarities to that of his disgraced predecessor Blatter, who has been banned for six years for ethics violations.

Both were raised in the same Swiss valley, only 10 km (six miles) from each other, both were modest amateur footballers and both speak the same five languages. Each went to university and then began their careers in the French-speaking part of Switzerland.

During the campaign, Infantino often had to fend off suggestions that he is too Eurocentric.

"I'm not the European candidate, I'm not the UEFA candidate," he responded at one point. "I'm a football person, so I feel that I am the candidate for football." 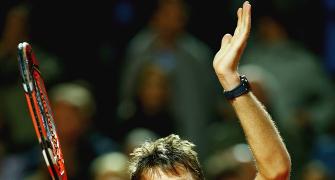 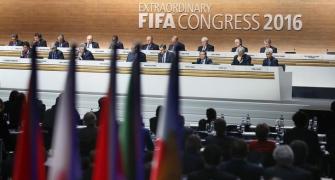 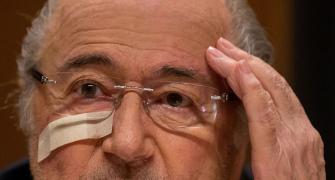 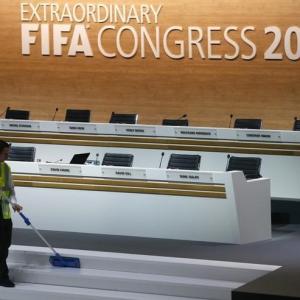 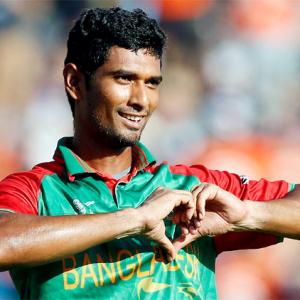