Fans dived in the sea at the Vieux Port as Olympique Marseille ended an 18-year wait for the French title when late goals by Mamadou Niang and Lucho Gonzalez secured a 3-1 home win over Stade Rennes on Wednesday.

The Provence side moved on to 75 points, an unassailable eight-point lead over second-placed Lille with two games left, triggering wild celebrations in the soccer mad city.

At the Stade Velodrome, Rennes striker Jimmy Briand cancelled out Gabriel Heinze's early opener before the break, but Marseille struck back late in the second half.

Senegal striker Niang made it 2-1 in the 76th minute and Argentine midfielder Lucho Gonzalez wrapped it up two minutes later.

"The first half was not easy for us, with all the expectations weighing on our shoulders."

Marseille, stripped of the title in 1993 following a match-fixing scandal the same year they won the Champions League, also won the League Cup this season but the title had an even sweeter taste.

Fans dived in the sea at the Old Port minutes after the final whistle was blown despite the driving rain and low temperatures in southern France.

"I was too young to enjoy Marseille's last titles so tonight I'm going to celebrate hard," Thomas, a 21-year-old fan, told Reuters, his OM scarf wrapped around his neck.

Heinze opened the scoring with a 25-metre free kick in the fourth minute as OM got off to a perfect start in a capacity stadium.

Rennes, however, controlled the game and Briand grabbed a deserved equaliser seven minutes from the break.

The French international, linked with a move to Marseille next season, headed home from Asamoah Gyan's cross after he was left unmarked by Heinze.

Two minutes before the interval, Valbuena found Niang in the box with a defence splitting pass, but keeper Nicolas Douchez dived at the Senegal striker's feet.

Niang was pushed in the box by France defender Rod Fanni on the hour but referee Ruddy Buquet did not award the penalty.

Deschamps replaced Brandao with Hatem Ben Arfa and the move spurred OM back into the game.

Douchez failed to block a Valbuena strike and Niang, who had followed up, fired home from close range.

Earlier, Lille moved up to second with a 2-0 win at Toulouse, leapfrogging AJ Auxerre after the Burgundy side slumped to a 2-1 defeat at fourth-placed Olympique Lyon.

Lyon, who grabbed all three points when Bosnia midfielder Pjanic netted with three minutes left, stayed fourth on 65 points and they have a game in hand.

Girondins Bordeaux dropped to sixth following a 1-1 draw at Nice which dashed their hopes of playing in the Champions League next season.

The 2009 French champions trail Lille and Auxerre by six points.

The top two teams in Ligue 1 qualify for the Champions League and the third-placed side go into the playoffs.

Second-from-bottom Boulogne, who lost 1-0 to St Etienne, and 18th-placed Le Mans, beaten 3-2 at Nancy, were relegated.

© Copyright 2020 Reuters Limited. All rights reserved. Republication or redistribution of Reuters content, including by framing or similar means, is expressly prohibited without the prior written consent of Reuters. Reuters shall not be liable for any errors or delays in the content, or for any actions taken in reliance thereon.
Related News: Vieux Port as Olympique Marseille, Rennes, Mamadou Niang, Lucho Gonzalez, OM
SHARE THIS STORYCOMMENT
Print this article
Gouffran keeps Bordeaux top
Lively Lucho inspires crushing Marseille victory
Porto offer stern test for confident Arsenal 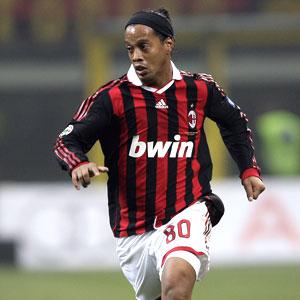