The United States maintained their push for a 2014 World Cup berth with a third straight victory in the final round of CONCACAF qualifying after Jozy Altidore's late strike saw off a stubborn Honduras 1-0 in Utah on Tuesday. Altidore's 73rd minute goal was the difference between the teams at Rio Tinto Stadium as the home side were rewarded for their domination to complete a trio of June fixtures with a 100 percent record after wins over Jamaica and Panama.

The U.S. head the six-team group on 13 points from six matches with the top three qualifying automatically for Brazil and the fourth-placed side, currently Honduras on seven points, facing New Zealand in a two-legged playoff for a finals berth.

The U.S. started slowly in the final round of matches before climbing to the top of the standings on the back of four wins and a draw, with the latest triumph representing a semblance of revenge after Honduras won the reverse fixture 2-1 in February.

Altidore settled the contest with his fourth goal in as many matches when he controlled a cross from Fabian Johnson and guided the ball past Honduran goalkeeper Noel Valladares.

The visitors arrived in Utah weakened by injury and through the loss of influential defender Victor Bernardez and midfielder Luis Garrido after both picked up suspensions for cautions in the 2-0 win over Jamaica last week.

As a result, the U.S. dominated possession and restricted the Hondurans to just a single shot on goal despite the enforced absence of DaMarcus Beasley, who was also suspended for the tie.

U.S. coach Jurgen Klinsmann had little to fear from the visitors as his side extended their unbeaten home record in qualifiers to 25 games but he can expect a much tougher test on September 6 with a daunting trip to second-placed Costa Rica.

© Copyright 2020 Reuters Limited. All rights reserved. Republication or redistribution of Reuters content, including by framing or similar means, is expressly prohibited without the prior written consent of Reuters. Reuters shall not be liable for any errors or delays in the content, or for any actions taken in reliance thereon.
Related News: Honduras, Jamaica, Jurgen Klinsmann, Noel Valladares, Utah
SHARE THIS STORYCOMMENT
Print this article 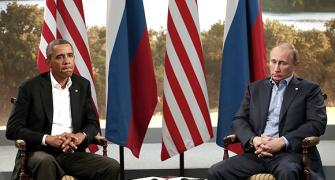 Why Obama, Putin look so glum 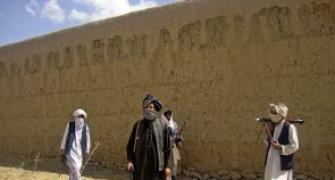 US, Afghan govt to hold peace talks with Taliban 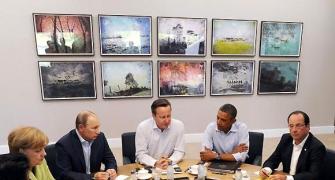 At G8, US pledges to keep pressing for shell company laws