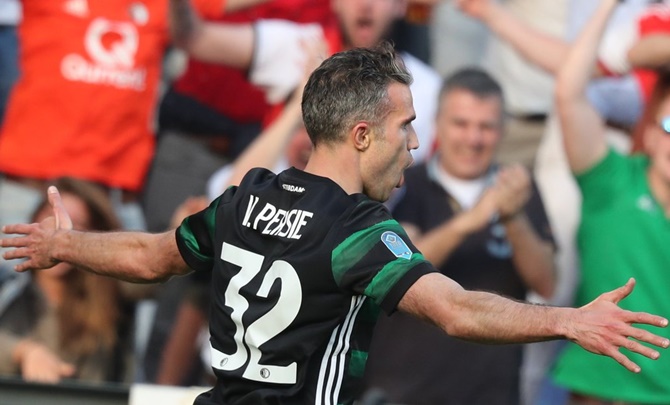 Robin van Persie rolled back the years with a superbly taken goal to help Feyenoord to a 3-0 win over AZ Alkmaar in the Dutch Cup final on Sunday.

Van Persie chipped the ball over the goalkeeper from an acute angle with his right foot in the 57th minute for Feyenoord's second goal of a comprehensive performance at De Kuip. Danish international Nicolai Jorgensen had opened the scoring shortly before the half hour mark.

It's a first major domestic honour in the Netherlands for the 34-year-old, who returned to his Dutch football in January after spells at Arsenal, Manchester United and Fenerbahce.

Jens Toornstra added the third goal deep in stoppage time at the end of the 100th Dutch Cup final, interrupted early by flares set off by the rival sets of fans and fireworks thrown onto the field.

Feyenoord won the trophy for a 13th time as AZ finished runners-up for a second successive year.

Schalke 04 squandered a two-goal advantage to settle for a 2-2 draw at bottom club Cologne on Sunday but stayed two points clear in second place in the Bundesliga with three games left.

The Royal Blues went ahead with goals from Breel Embolo and Yevhen Konoplyanka but Cologne crawled back with Leonardo Bittencourt cutting the deficit in the 26th minute and Marcel Risse securing an unexpected point in the 83rd.

Schalke, who also hit the woodwork, are on 56 points, two ahead of third-placed Borussia Dortmund and seven in front of fifth-placed Hoffenheim, with the top four qualifying for the Champions League group stage.

Despite the point, Cologne still need a miracle to avoid the drop, remaining in last place on 22 points, eight off the relegation playoff spot.

Earlier, Augsburg made sure of another season in the top division with a 2-0 victory over Mainz 05, who are anchored in 15th on 30 points, along with VfL Wolfsburg in 14th and 16th-placed Freiburg. 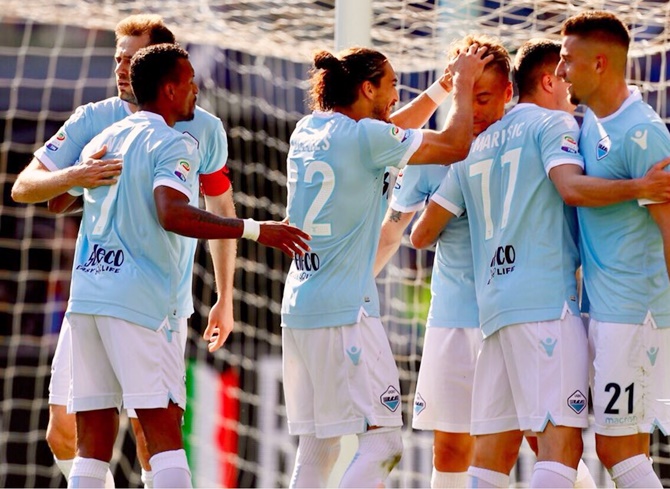 Free-scoring Lazio thumped Sampdoria 4-0 in Serie A on Sunday to stay on course for next season's Champions League while Benevento were relegated after one season by Crotone's last-gasp 2-1 win at Udinese.

Headers from Sergej Milinkovic-Savic and Stefan de Vrij put Lazio 2-0 up at halftime before Serie A's leading scorer Ciro Immobile added two in the last five minutes to take his tally to 29 goals and Lazio's to 83.

The top four qualify for the Champions League group stage next season and Lazio's win kept them fourth with 67 points, behind AS Roma on their head-to-head record.

Leaders Juventus (85) were at home to Napoli (81) in a top-of-the-table clash later on Sunday.

Second-half goals from Mauro Icardi, who took his tally to 26, and Ivan Perisic gave Inter Milan a fortuitous 2-1 win at Chievo which kept them fifth with 66 points.

Atlanta beat Torino by the same score to go sixth, pushing AC Milan down to seventh and out of the Europa League places after their shock home 1-0 defeat to Benevento on Saturday.

Davide Faraoni scored in the 86th minute to give Crotone a 2-1 win at Udinese, who slumped to a remarkable eleventh consecutive league defeat. Kevin Lasagna put Udinese ahead after five minutes but Simy levelled two minutes later.

Crotone are 17th with 31 points, one place outside the relegation zone, and are 14 ahead of Benevento who cannot catch them.

The 28-year-old Reus, who is racing to hit top form after a lengthy injury absence, could not have timed his stellar performance better with Germany coach Joachim Loew watching in the stands.

The winger had considerable help, however, from England youth international Jadon Sancho, with the 18-year-old scoring his first Bundesliga goal and setting up another for Reus.

Sancho, who joined Dortmund from Manchester City this season, put them ahead with a fine finish in the 13th minute as they looked to rebound from last week's Ruhr valley derby defeat to Schalke 04.

Dortmund should have scored again as Sancho terrorised the Leverkusen defence with his speed and skill, but Reus saw his penalty saved and the hosts wasted several more scoring opportunities.

Reus and Maximilian Philipp added two more goals in the second half before Reus got a deserved second after a superb cross to the far post from Sancho.

Dortmund moved up to 54 points, three ahead of Leverkusen, who stay fourth, with three games left in the season.

The top four teams qualify for next season's Champions League group stage. Schalke 04, in second on 55, travel to Cologne on Sunday.

Struggling Hamburg SV battled past Freiburg 1-0 in their relegation derby to earn a lifeline in their desperate bid to stay up with three matches left.

The former European champions, who are the only Bundesliga team to have played in the top division in every season since the league's creation in 1963, are in 17th place on 25 points, five behind Freiburg who are in the relegation playoff spot in 16th.

Bayern Munich, already crowned champions, never hit top form in their 3-0 victory at Hanover 96 as they prepare to face Real Madrid in the Champions League semi-finals next week.

They had to wait almost an hour to break the deadlock with substitute Thomas Mueller firing in from a Juan Bernat cross. Fellow substitute Robert Lewandowski added another with a header in the 73rd and Sebastian Rudy completed a comfortable afternoon for the champions.

Hoffenheim's Mark Uth scored twice in his side's 5-2 demolition of RB Leipzig to climb above their opponents and into fifth place on 49. Leipzig are sixth on 47.

Olympique de Marseille's Florian Thauvin and Konstantinos Mitroglou both scored twice as they hammered Lille 5-1 at the Stade Velodrome on Saturday to stay in the hunt for France's third Champions League qualification place.

Second-placed Monaco crashed to a 3-1 defeat away to Guingamp after Monaco defender Jemerson was sent off early in the first half for handling the ball on the line.

Marseille's win put them level on 69 points with third-placed Olympique Lyonnais, who beat Dijon 5-2 on Friday and are ahead of Marseille on goal difference.

Thauvin stole in front of his marker at the front post to open the scoring for Marseille early in the first half by heading Bouna Sarr's cross home from a tight angle.

On the half-hour mark he scored from the spot after Dimitri Payet was fouled in the box.

Striker Mitroglou netted a third in the 35th minute, rising high to steer Jordan Amavi's cross in at the far post, and he scored his second three minutes later with a close-range volley to put his side 4-0 up at the break.

Lille playmaker Yassine Benzia reduced the deficit by drilling a low left-foot shot into the net in the 54th minute, but winger Lucas Ocampos made it 5-1 with a powerful strike 14 minutes later.

That result, coupled with Toulouse's 2-0 win at home over Angers, leaves struggling Lille second from bottom on 29 points, four points adrift of the safety zone.

Monaco were looking to put some daylight between themselves and the chasing pair of Marseille and Lyon, but any chance of that went out the window when Jemerson was given a straight red for stopping a shot with his hand.

Jimmy Briand slotted home the resulting spot kick low to the goalkeeper's left, and 12 minutes later midfielder Etienne Didot executed a perfect strike to send a dipping volley flying into the bottom corner from just outside the area to make it 2-0.

Marcus Thuram, son of former French World Cup-winning defender Lilian, made it three early in the second half, and though Monaco pulled a goal back through Almamy Toure's header from a free kick, they could not reduce the deficit further.

Elsewhere, Amiens coasted to a 3-1 win over Strasbourg, while Caen defender Damien Da Silva's own goal was cancelled out by a Jessy Deminguet strike as they drew 1-1 with Metz.

© Copyright 2020 Reuters Limited. All rights reserved. Republication or redistribution of Reuters content, including by framing or similar means, is expressly prohibited without the prior written consent of Reuters. Reuters shall not be liable for any errors or delays in the content, or for any actions taken in reliance thereon.
Related News: Dortmund, Bayer Leverkusen, Jadon Sancho, Marco Reus, Marseille
SHARE THIS STORYCOMMENT
Print this article 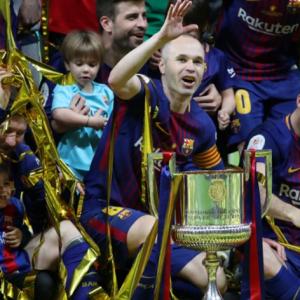 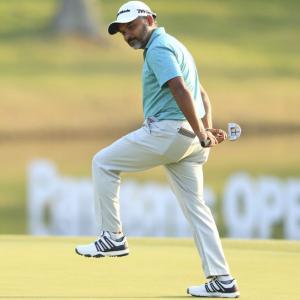