Arsenal scored three goals in a seven-minute burst after halftime against visitors Aston Villa, including two penalties from Robin van Persie, as they staged a dramatic comeback to win 3-2 and reach the FA Cup fifth round on Sunday.

Arsenal trailed 2-0 at the break but Van Persie's spot kicks either side of a Theo Walcott equaliser spun the match on its head at The Emirates and sent Arsene Wenger's side through to a meeting away to either Sunderland or Middlesbrough.

Sunderland were earlier held 1-1 at home by Boro with halftime substitute Fraizer Campbell equalising for the Premier League side after Barry Robson had put the Championship (second division) outfit ahead early on at the Stadium of Light.

Arsenal were booed off at halftime as Villa struck twice with goals by Richard Dunne and Darren Bent.

They were given a lifeline shortly after the break when Dunne brought down midfielder Aaron Ramsey and Van Persie beat Villa keeper Shay Given from the penalty spot. 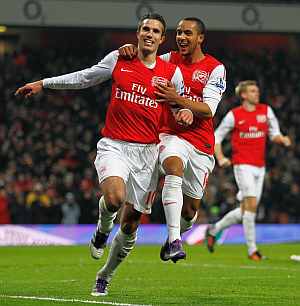 Three minutes later Walcott made it 2-2 when the ball cannoned back into the net off the England winger from an attempted clearance by Alan Hutton after the Arsenal player's initial effort had been saved by Given.

The comeback was complete in the 61st minute when Bent's mistimed sliding tackle on Laurent Koscielny gave Van Persie the chance to display his penalty-taking prowess again.

In the early kickoff, Middlesbrough had threatened to shock their north-east rivals when Robson volleyed them ahead.

However, Sunderland replied after the break when former Manchester United front man Campbell, playing his first game for 18 months after a serious knee injury, capitalised on a Robson error to earn his side a replay.

© Copyright 2021 Reuters Limited. All rights reserved. Republication or redistribution of Reuters content, including by framing or similar means, is expressly prohibited without the prior written consent of Reuters. Reuters shall not be liable for any errors or delays in the content, or for any actions taken in reliance thereon.
Related News: Van Persie, Barry Robson, Arsenal, Villa, Middlesbrough
COMMENT
Print this article
FA Cup: Middlesbrough hold Sunderland 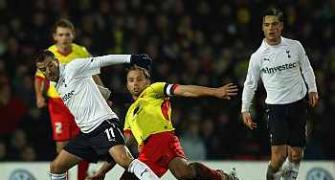 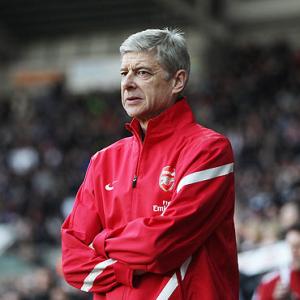 Barcelona's Villa out of hospital after leg operation