Idowu and Farah, who recently broke the 28-year-old British 5000m record, are among 13 medallists from the European Championships in Barcelona who join a new medal campaign in the Indian capital just two months after helping to record the best ever medal tally of 19 medals for Britain, Athletics England said in a statement.

"I'm really looking forward to the Commonwealth Games in Delhi. After an amazing season, two gold medals in the European Championships and a new British 5000m record, I hope to finish a fantastic summer season with another good performance in India," Farah said.

Recently crowned European 110m hurdles champion Turner said, "I'm extremely happy about my Commonwealth Games selection, it's been a great season so far and I look to go to India and win another gold medal. The Commonwealth Games in Melbourne was a fantastic competition so I'm very excited to finish my season -- hopefully on a high -- in Delhi."

After losing their 2010 season to injury, Ohuruogu and British long jump record holder Greg Rutherford will return to international competition in Delhi.

"I'm delighted to welcome such a strong group of track and field athletes into the England team for Delhi and look forward to their performances there, especially after such a stunning European Championships. I wish them every success in their final preparations for the Games and when they are in Delhi," said Craig Hunter, Chef de Mission for England.

"We are confident that we have assembled an accomplished athletics team which is well- balanced, extremely competitive and comprises an exciting blend of experience with the talent of youth," Commonwealth Games England Athletics Team Leader John Brierley added.

There are 46 athletics events taking place at the Delhi Games, including track and field events, marathon, 20km walk and disability events. 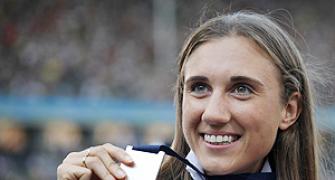 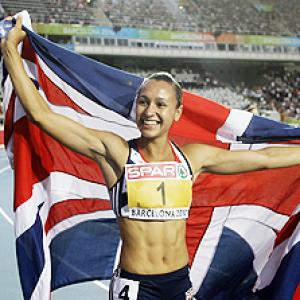