Emotions ran high and tears of joy rolled down the eyes of yesteryear stars of Indian hockey, who on Thursday described the men's team's historic bronze medal winning feat at the Olympics as "new dawn" for the game in the country.

India on Thursday scripted history by winning an Olympic medal, a bronze, which is worth its weight in gold for the sheer emotion and nostalgia attached with hockey in the country, by beating Germany 5-4 in the third-place play-off match here.

India's 12th hockey medal in the Olympics came after over four decades. The last time India stood on the podium was at the 1980 Moscow Games where they won gold. The country has eight gold medals in all the Olympic Games.

"I am extremely happy for Indian hockey as a whole because at one time people said that hockey is in ICU, hockey is dead. But now we have witnessed Indian hockey's resurgence," India's only World Cup-winning skipper Ajitpal Singh told PTI.

"It is a very pleasant moment for lovers of hockey. Hockey has again given happiness, I had tears in my eyes honestly. We have reached where we once belonged. It's a remarkable achievement."

Singh, who led India to 1975 World Cup win, said hockey at one point of time was in point of no return.

"But it's great to see the sport's resurgence. Lot of hard work went into it, lot of money was spent. In Rio we were 12th, so from there hockey has really comeback and I wish and hope that they continue the good work.," he said.

Congratulating the team, Ashok Kumar Dhyanchand, former India hockey player and son of Major Dhyan Chand said: "This match will be seen as an example in world hockey, I have not seen a match like this for a long time. Coaching centres across the world will make everyone watch this game, the quality of the match was top-notch. After 41 years, we have won a medal. The government showed support towards every sport, Prime Minister Narendra Modi also rallied around the team," Ashok told ANI.

Zafar Iqbal, a key member of India's last Olympic gold medal winning team in 1980 Moscow Games, said he had his heart in his mouth in the final few minutes of the match when Germany were attacking hard in search of the equaliser.

"My heart was beating very heavily when Germany were pressing hard in the final few minutes.

"(But) History has been made. We have crossed that jinx. It's a miracle. It's to going to have a big impact on the game. It will revive the sport in country. It's a new beginning, a new dawn," he said.

Olympian and former coach of the national side, Joaquim Carvalho had tears of joy in his eyes and said it's a red-letter day for Indian hockey.

"Very important for India hockey because we have not got any victories in hockey for long and this win will definitely give a big boost to the promotion and development of the game in the country," he said.

"We might have done well in other tournaments but winning a medal in Olympics definitely will revive the hopes, enthusiasm among the people."

He said the "national game is back to where it originally belonged to."

"Hockey has got so much emotions attached with the people. It is a very emotional moment to see Indian hockey win a medal after 41 years. It's a glorious moment."

Former India coach Harendra Singh broke down after watching the historic win. Singh had made a big contribution in shaping this side as the team in Tokyo consists of many junior players whom he guided to the Junior World Cup title in 2016.

"I am so excited that from 10 scorers for India, nine is from 2016 core group. What more as a coach I can ask for," Singh said, while trying to control his tears.

Terming the bronze medal win as one of the best moments in Indian hockey, he said the feat will inspire the new generation to pick up hockey sticks.

"The journey has just started. It is just an appetiser, the main course is yet to come. It's just the beginning, many more to come.

"We need to be patient, give time to players and coaches. It's a process and it needs to time to produce results," he said.

"It is dream for so many years. It's a massive leap but we now need to think about the next step. Full credit to Hockey India, SAI for putting together a strong junior programme in place."

"To win by coming back from 1-3 down is an incredible feat. This medal means so much for Indian hockey and millions of hockey fans," he said. 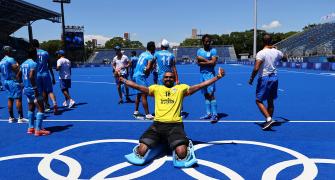 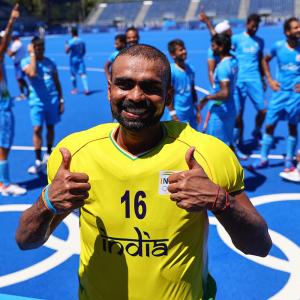 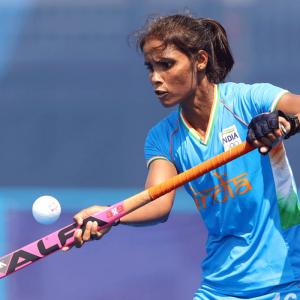