India conceded a penultimate minute goal on a penalty corner to allow Belgium secure a 3-3 draw in their opening outing at the Champions Challenge hockey tournament in Johannesburg on Saturday.

In an evenly matched Pool A encounter where India sprung to life with three second-half goals in the space of 12 minutes but twice allowed the Belgians to draw level after falling behind.

Belgium, among the few teams in this competition who have already secured their passage to the London Olympics, are one of the strongest sides here.

Belgium opened the scoring in the 31st minute through Alexandre de Paeuw, who capitalised on a diagonal ball and sent in a reverse hit with only goalkeeper Bharat Chetri to beat, giving the Belgians a 1-0 lead at half-time.

After Rupinder made no impression with the first penalty corner in the 44th minute, his flick in a goalmouth scrimmage in a minute later helped India equalise.

India were up 2-1 in the 48th minute later when Chingelnsana was rewarded for chasing a loose ball that led to a defensive lapse and the shot went off his stick past bewildered goalkeeper David van Rysseberghe.

Belgium restored parity through a 55th minute penalty corner strike by Tom Boon but India were again ahead in the 57th minute as Raghunath sent a grounder drag-flick into the boards.

Pressing hard, the Belgians benefitted from some display of nerves by the Indian defence, allowing them two penalty corners in the last two minutes.

In other matches in Pool B, Pan American champions Argentina were held to a 2-2 draw by Japan, who two months ago made the semifinals of the inaugural Asian Champions Trophy in Ordos, while Canada prevailed 3-1 over Guangzhou Asian Games silver medallists Malaysia.

Argentina, at World No 8 the highest ranked team playing here in the Champions Challenge and among those that have already secured direct entry to the London Olympics, took an early lead when Lucas Cammareri scored a field goal in the 12th minute.

Japan struck back with two goals in the 54th and 63rd minutes through Katsuyoshi Nagasawa and Toshiro Tachibana to take a 2-1 lead before a desperate Argentina managed to get a late equalizer.

Nagasawa's goal came through a rising penalty corner drag flick, while Tachibana capitalised on a fine cross from Kazuyuki Ozawa.

Argentina's desperate push after falling behind was rewarded with a 66th minute field goal when Lucas Argento Innocente capitalised on a rebound from the goalkeeper.

Fine second-half deflections by Sukhwinder Singh and Iain Smythe earned Canada their victory after being 1-1 level with Malaysia at half-time.

Canada had opened the scoring in the eighth minute on their second penalty corner as Scott Tupper sent in a drag-flick all along the turf to beat Malaysian custodian Kumar Subramaniam but Malaysia fought back and managed to draw level just three minutes from half-time through Amin Rahim, who breached the Canadian defence with a rising drag-flick that ended in the net. 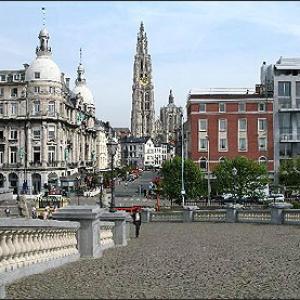