Teen sensation Shiva Thapa (56kg) inched closer to Olympic qualification but the London dream ended for Commonwealth Games gold-medallist Suranjoy Singh (52kg) who lost in the second round of the Asian Olympic Boxing Qualifiers in Astana, Kazakhstan on Saturday.

Suranjoy was out-punched 10-30 by Mongolia's Tugstsogt Nyambayar, who was his nemesis in both the 2009 and 2011 World Championships as well. 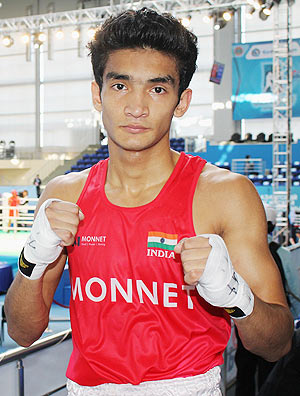 The 25-year-old Manipuri thus became the first Indian boxer to bow out of the event, which will decide the last 25 slots for the London Games from the Asian region.

"It was not his day. Once he went 2-6 behind in the opening round, he became overtly aggressive and the Mongolian guy took advantage of that," national coach Gurbax Singh Sandhu said.

Down 6-15 in the second round, Suranjoy took quite a hammering in the final three minutes, conceding 15 points to Nyambayar.

But Shiva ensured that India had something to cheer about. Competing in only his second senior international event, the Youth Olympics silver-medallist notched up a comprehensive win in his opening bout.

The 18-year-old beat Mohammad Khaiber Nooristani 14-7 after getting a first-round bye in bantamweight 56kg division.

He now has a tough bout at hand as he will be up against 2004 Olympic silver-medallist Worapoj Petchkoom of Thailand on Monday.

The 30-year-old Petchkoom is a bantamweight veteran, having won a bronze medal at the 2006 Doha Asian Games.

"It was a tough bout for Shiva. The Afghan guy was taller and was bending a lot but Shiva dominated. He came up with some good right crosses and uppercuts to win," Sandhu said.

The Indian, who won a gold in his maiden senior international event (Belgrade Winner Tournament), led 5-2 in the opening round. He garnered another five points in the second round against his rival's three to remain ahead.

Shiva kept the momentum to emerge 14-7 triumphant in the final scoreline. 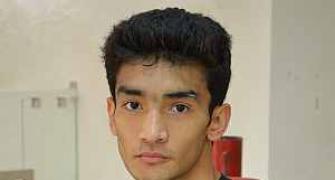 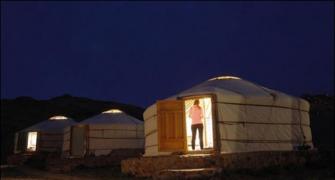 Photos: A tour across the magical land of Mongolia 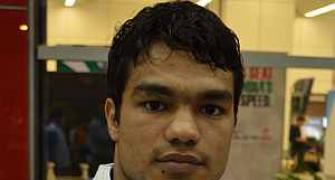 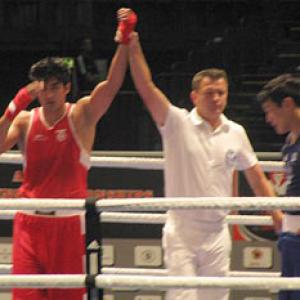 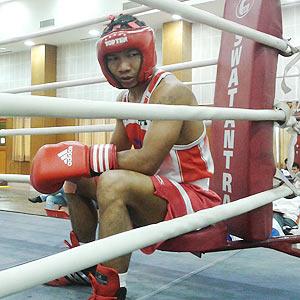