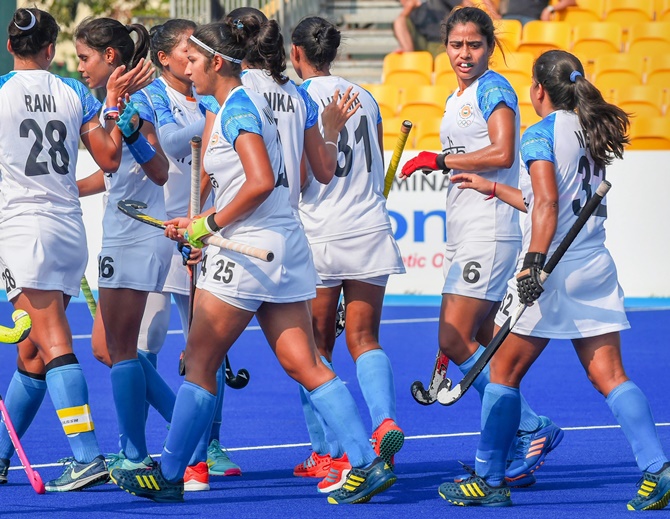 The Indian women's hockey team made its first Asian Games final in 20 years, outlasting three-time champions China 1-0 in a fiercely-contested battle, in Jakarta, on Wednesday.

Gurjit Kaur's strike from a penalty corner in the 52nd minute was the difference between the two sides, in a match that lacked the quality of a high-profile semi-final.

Nonetheless, the erratic show was good enough for India's first appearance in the final since the 1998 Bangkok Games.

India's only title at the Asiad came way back in 1982 when women's hockey made its debut.

India will now face Japan, who upset five-time champions South Korea 2-0 in the other semi-final.

It was not the most fluent of matches with both India and China failing to create opportunities in the field.

"The team surely did not play to its potential in the first half. They stepped up in the second half and I am really happy for these girls. I know how much work they put in to be here. They trained really hard for this event. Japan will be a tough challenge but the team is up for it," said India coach Sjoerd Marijne.

India earned their first penalty corner in the eighth minute but Gurjit Kaur's shot was saved by the goalkeeper.

India created four scoring opportunities in the first quarter but failed to finish. The closest they came to scoring was in the 13th minute but Navjot, standing at the goal mouth, failed to put it past the custodian.

Against the run of play, China secured a penalty corner at the start of the second quarter in the 18th minute, but Zixia Ou did not get the deflection she was aiming for.

Both teams were not fluent in their play though China showed more intent. India's only big opportunity came in the 29th minute but Monika, following a pass from Gurjit, was unable to intercept.

Neha Goyal was shown a green card during a dull quarter in which Hong Li was also shown a yellow card.

India got a penalty corner right at the start of the third quarter but drag-flicker Gurjit did not get the desired result.

The umpires thought her shot hit the leg of a Chinese defender and gave India a stroke. The Chinese went for the review and it was successful, much to India's disappointment.

A third penalty corner was awarded to India in the 39th minute but Gurjit could not do much again, flicking it wide.

Two minutes later, another opportunity was squandered as Gurjit' shot to the right did not have the power to fly past the Chinese goalkeeper.

Reena Khokar went for a reverse hit at the stroke of third quarter but the rasping shot missed the target.

Otherwise, it was another drab 15 minute session with both teams lacking the fluidity in their game.

In the do-or-die fourth quarter, India earned as many as three corners in a jiffy. On the third attempt, Gurjit finally got it right as her shot flew past the goalkeeper and found the top of the net.

With eight minutes left on the clock, China tried hard to equalize and a shoddy Indian defence was lucky to scrape through. 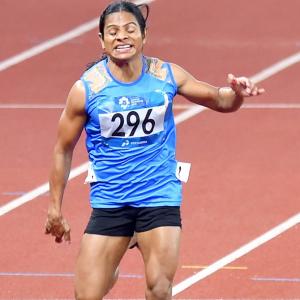 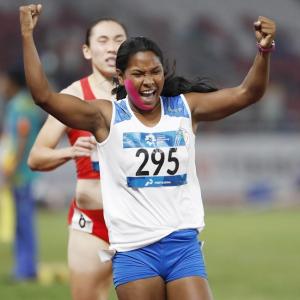