'The first time I entered the WWE I wore a salwar suit.'
'I am proud of our rich culture and I am glad I get the opportunity to represent it.' 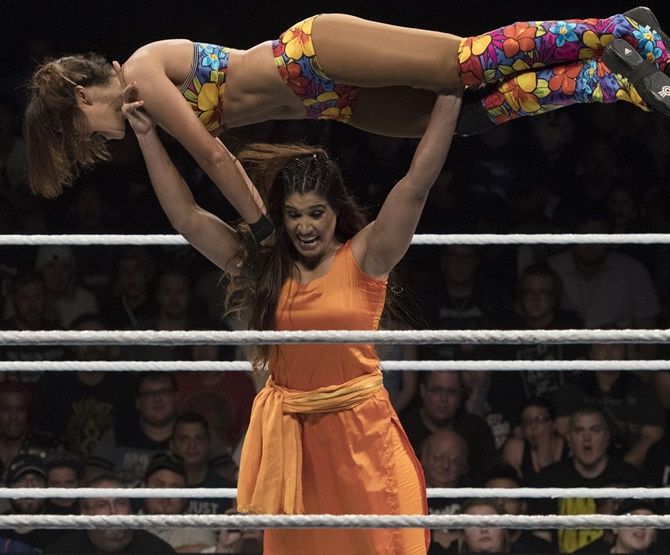 There have been innumerable women boxers, wrestlers and weightlifters from Haryana making the country proud with their achievements on the world stage.

Enter Kavita Devi -- the first Indian woman wrestler to fight in the WWE.

After winning the weightlifting gold medal at the 2016 South Asian Games, the 32 year old competed in the inaugural Wrestle Mania women's battle royal match in April.

Wrestle Mania is a showcase event of the World Wrestling Entertainment where wrestlers from their three divisions, Raw, Smackdown and NXT, participate in a fight.

In an exclusive conversation with Rediff.com's Laxmi Negi, Kavita says this is just the beginning and she has her eyes all set on the WWE championship under the mentorship of The Great Khali, India's professional wrestling trailblazer.

Did you always dream to be a superstar?

I always dreamt of doing something different which no one had ever done before in any field.

I am glad WWE helped me realise my dream. 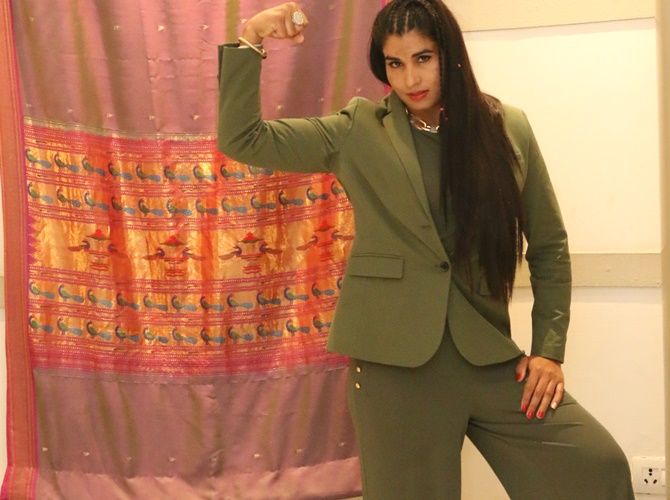 My day starts with yoga, then I dedicate two to two-and-a-half hours for training while evening consists of outdoor running.

When I am home, I try to incorporate gym training.

Above all, I prefer to spend time with my family.

You have already broken barriers. Anything new you are planning on achieving in the new year?

I am already the first woman wrestler from India. Now I want to win the WWE championship. 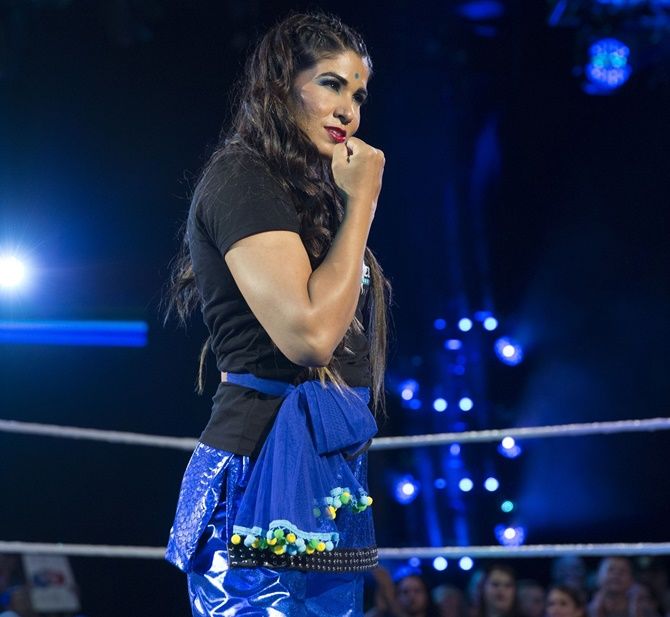 What are the few things The Great Khali asked you to focus on?

He has always asked me to respect time. Also, he insists that there is no substitution to training and regularity.

He believes one needs to be regular in training. Not train for two days and be absent for five days. These are basic things, but he is strict about these things.

I have imbibed these in my training.

He also advised that following training with regularity brings good results. He believes we need to sacrifice a lot in order to succeed.

Did you face any opposition?

My family has been supportive, but society wasn't so supportive.

More than me, it was my family that had to face the music. They were ridiculed, but they never let it affect me.

Today, I am glad that I am a catalyst that has helped to changed perceptions. Girls say I inspire them to take up wrestling.

Nothing can be more fulfilling than that. 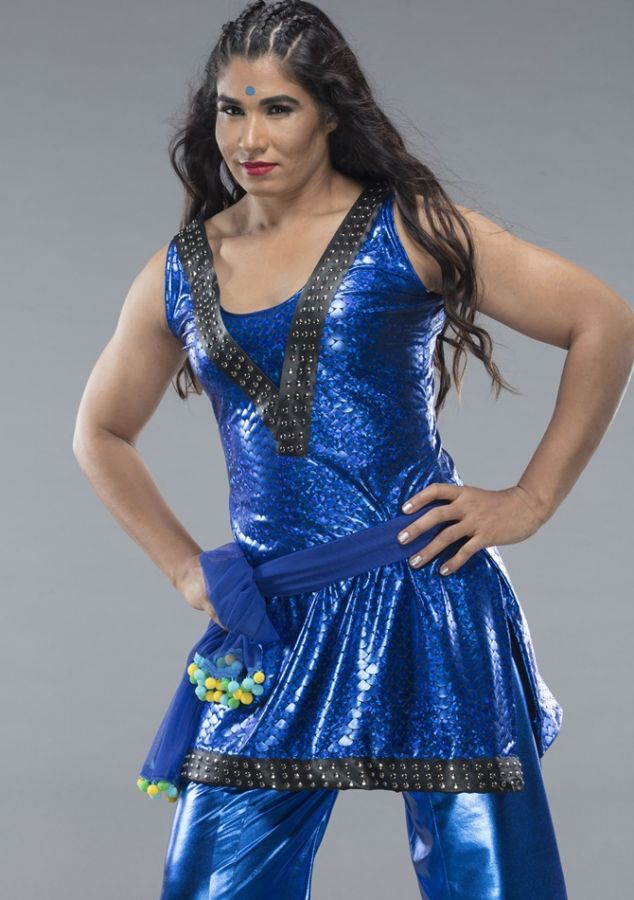 You dress in bright outfits with a traditional hue. Is it a conscious effort on your part to show your Indianess? (Kavita Devi was dressed in a salwar kameez when she first tackled her wrestling opponent.)

The first time I entered the WWE I wore a salwar suit. I am proud of our rich culture and I am glad I get the opportunity to represent it.

There is no shyness or awkwardness in donning a salwar suit during wrestling. 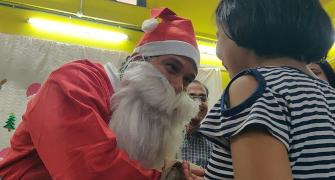 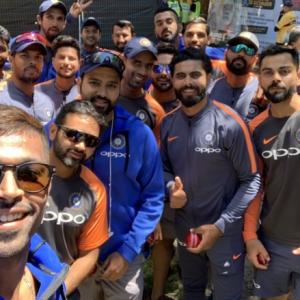 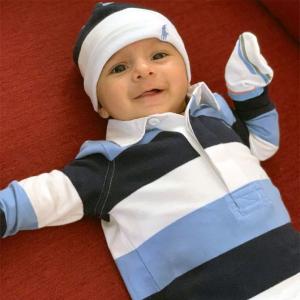