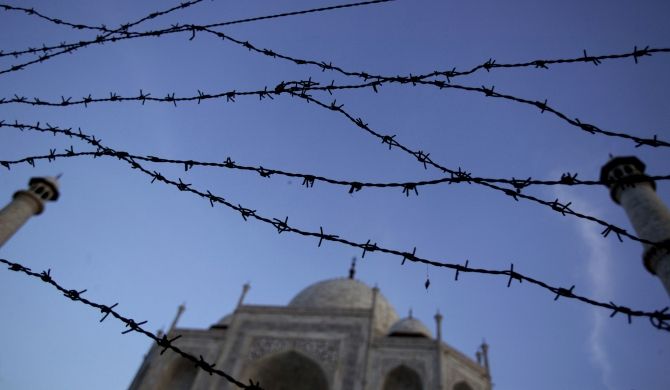 Everyone wants a piece of the Taj Mahal, but do they care about the deteriorating condition of India's best-loved monument, asks Rashme Sehgal.

This is not the only time that Uttar Pradesh Minister Azam Khan has raised a clamour about the Taj Mahal. Some months ago Khan declared that if mobs were to attack the Taj Mahal in the way the Babri Masjid was on December 6, 1992, he would help them 'demolish' the monument.

After Khan's demand that the Taj Mahal be handed over to the Sunni Wakf Board, Sunni cleric Maulana Khalid Rasheed Firangimahli, the Imam of the Lucknow Eidgah, demanded that Muslims be permitted to offer namaaz at the Taj Mahal.

'We should be allowed to offer prayers at the Taj Mahal five times a day,' the Maulana said, adding, 'We have handed over a memorandum to the (UP) chief minister and he has taken it positively.'

Unhappy with the Sunni demands, Shia clerics have proposed that the Taj Mahal be handed over to the Shia community.

Syed Faiyyaz Haidar, president of the Lucknow-based Imam-e-Raza Committee, wants the Taj Mahal to be handed over to the Shias because Mumtaz Mahal for whom Mughal Emperor Shah Jahan built the Taj Mahal was a Shia.

"There is a water tank near the mosque which is located on the west side of the mausoleum. We all know that Shias perform ablution from the water tanks before offering prayers. The hall on the east side was for self-flagellation during Muharram," Haidar adds.

Mumtaz Mahal's body was exhumed in Burhanpur (where she died, now in Madhya Pradesh) and brought to the Taj Mahal in a casket for burial, a Shia custom, he points out.

Mohammad Irfan Bedar, who moved the Allahabad high court in 2004 to make him the Taj Mahal's caretaker, says, "I wonder how (Azam) Khan can be so ill-informed. Besides the 1,602 Sunni Waqf properties, there are 80 structures owned by the Shia Central Waqf Board in Agra. There are 700 unregistered historic properties in Agra. But Khan doesn't want to know about them, let alone renovate them."

"A majority of these structures are weakening because of unauthorised constructions around them under the patronage of the Waqf Board," Bedar adds.

"The Sunni and Shia Waqf boards cannot manage their existing properties. Any demand to control the Taj Mahal is unjust," says Abbas.

Bajpai also claimed that Shah Jahan had purchased a part of the Tejo Mahalaya (Lord Shiva's palace) temple land from Raja Jai Singh, and he (Bajpai) had documents in his possession to prove such a claim.

Several individuals who claim to be descendants of the Mughal emperor have filed suits in the Supreme Court demanding that they be made mutawallis or caretakers of the Taj Mahal. 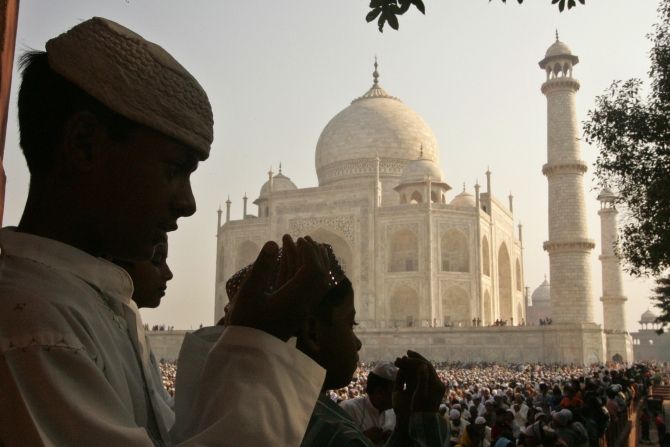 How will the Archaelogical Survey of India negotiate such a complex situation with Hindu, Shia and Sunni groups staking a claim to the monument?

Some conservationists believe that given India's complexity, it is inevitable that negotiations on some monuments be carried out on a monument-to-monument basis, especially on whether to permit worship in them or not.

The ASI has got around this predicament by framing rules that allowed religious practice to continue, depending upon the status of the religious place at the time that a community had acquired it.

At the Taj Mahal, prayers were not permitted a few decades ago. An exception was made for Fridays, when the congregation of the faithful swells to large proportions.

Why is Azam Khan targeting the Monument of Love? A senior Archaeological Survey of India official, speaking on condition of anonymity, states that one key reason is that the Taj Mahal is the biggest money spinner among all of India's monuments, fetching the exchequer a little over Rs 20 crore (Rs 200 million) annually.

There are hundreds of mausoleums and burial grounds that the waqf board can lay claim to, but it has shown little interest. Waqf boards are inclined towards monuments which are on prime locations, and visited by large numbers of tourists, an ASI official claims.

"The waqf board has laid claim to 174 protected monuments of great historical importance in Delhi, which are being looked after by the ASI," says B K Mani, deputy director general, ASI.

"Our experience is that often monuments, which have been handed over to the waqf board have changed beyond recognition with alterations and additions being made to their original character," he says.

Mani cites the example of the Abdul Nabi mosque and Sunehari Masjid in New Delhi whose profiles changed after they were handed over to the waqf board.

The Taj Mahal is a World Heritage site, whose original and unique character cannot be changed, says Mani, adding, "The earnings from the Taj Mahal go directly into India's consolidated fund. It must not be forgotten that the ASI spends a huge amount of money on its upkeep."

The Sunni Waqf Board earns sizeable revenues from the historical monuments presently maintained by the ASI, but the board contributes little to their upkeep. 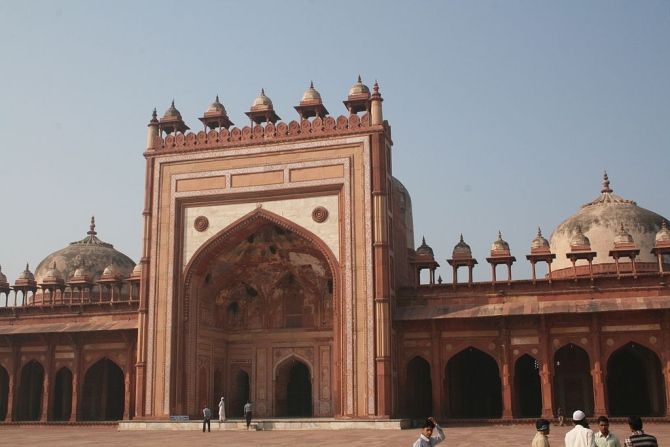 The Jama Masjid in Fatehpur Sikri, which was also constructed by Shah Jahan and dedicated to his daughter Jahanara Begum, is one such monument. They Sunni Waqf Board has rented out 82 shops on its premises, from which it collects Rs 17,000 every month.

But it is the ASI that maintains this building.

An ASI official says the ASI had opposed the construction of these shops three decades ago as scientists had warned it would weaken the foundation of the Jama Masjid, but the waqf board paid no heed.

The dargah at Fatehpur Sikri in Agra is also maintained by the ASI, but the waqf board gets the revenue from the property.

Historian R Nath, who has written over 60 books on the Taj Mahal, is surprised that Azam Khan, along with other ministers in UP Chief Minister Akhilesh Yadav's ministry have shown no concern for the Taj Mahal's rapidly deteriorating condition.

"The marble has yellowed and cracked in several places. Even worse, the mausoleum, built on a wooden foundation, is being destabilised because of the plunging water tables of the Yamuna river," says Nath.

ASI officials say these cracks have now been repaired.

But Nath is not sure. "The government has to ensure a 365-day water supply in the river, but the Yamuna is little more like a sewage drain," he says.

Considering the monument's deteriorating health, the Supreme Court has set up a monitoring committee to oversee the Taj Mahal. 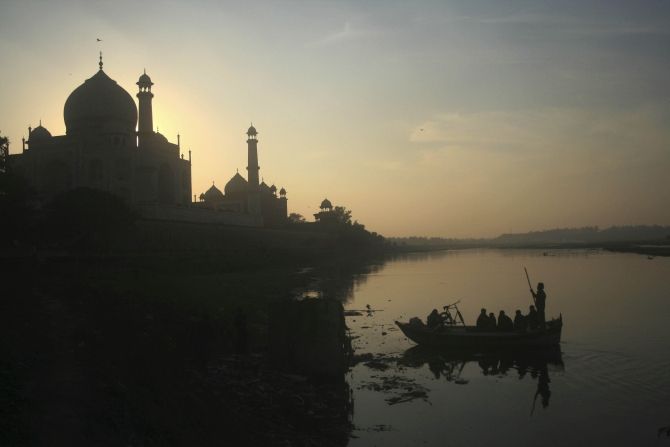 Image: A boatman on the Yamuna behind the Taj Mahal in Agra. The Yamuna river has become more like a sewage drain, experts say.
Photograph: Jayanta Shaw/Reuters

Raman, an environmentalist and a member of this monitoring committee, warns that with the Yamuna running dry for 300 days in a year, an excessive amount of sand is blowing into the monument.

"This dry sand is very abrasive and is destroying the exquisite filigree work that is the hallmark of the Taj Mahal," he says.

Raman has been working along with the forest department to re-green a 1.7 km patch along the monument. "Water levels have risen along this stretch," he says. Forest officials and he hope to extend this greening process to other parts of Agra as well.

The number of tourists visiting the Taj Mahal have shown declined by more than 10 per cent between 2012 and 2013.

While 450,000 tourists visited the Taj Mahal in 2012, this number went down to around 400,000 in 2013, according to UP Tourism Minister Om Prakash Singh. The figures in 2014 are no better -- tourists, including international tourists, have declined by 15 per cent according to ASI officials. 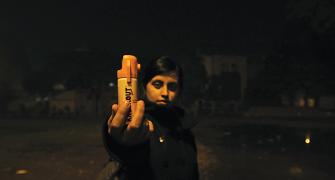 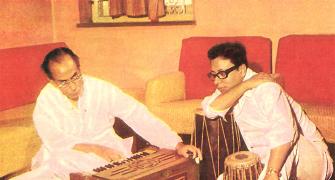 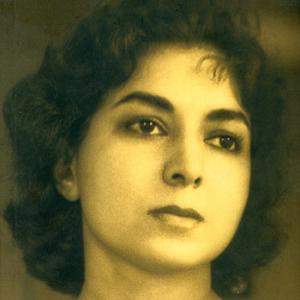