News
Business
Movies
Sports
Cricket
Get Ahead
Money Tips
Shopping
Sign in  |  Create a Rediffmail account
Rediff.com  » News » Sonia and Manmohan: How did they work together?

'While they were respectful of the PM, it was clear that as ministers, they owed their positions as much, if not more, to Mrs Gandhi.'
'When attacks were mounted on the PM, there was very little coordinated effort by the Congress, UPA ministers or other politicians to speak up in his favour and strongly defend him.'
B K Chaturvedi, Cabinet Secretary during the early years of UPA1, reveals how the Manmohan Singh-Sonia Gandhi equation worked.
A riveting excerpt from Chaturvedi's memoir, Challenges Of Governance: An Insider's View. 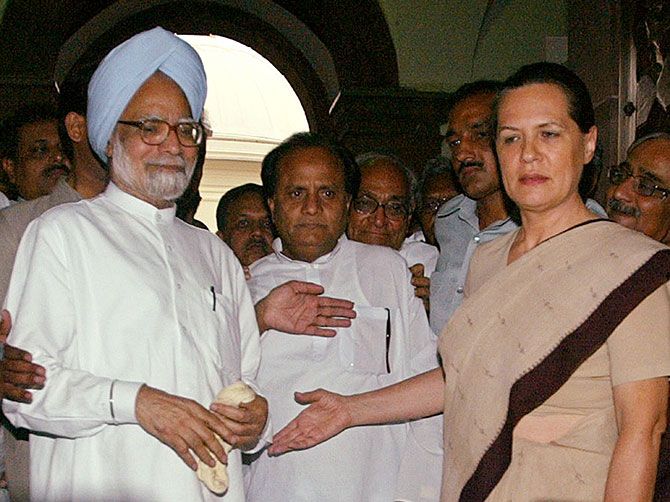 IMAGE: Dr Manmohan Singh listens as then Congress president Sonia Gandhi speaks at Parliament house, May 19, 2004. She refused to be prime minister and announced that Dr Singh would be India's prime minister. Photograph: B Mathur/Reuters

A unique feature of UPA-I was the setting up of the NAC (National Advisory Council), an important institution presided over by Mrs (Sonia) Gandhi.

The 12-member council, which included former senior civil servants, economists, health and education experts, food security experts and activists working in non-governmental organisations, was to act as a think-tank and advise the government on a range of policy issues.

This institution provided a lot of ideas to the government for policy.

Since it was chaired by Mrs Gandhi, who had declined to be named PM but clearly had full control of the party, it emerged as a strong centre of power even on policy matters.

I had no direct interaction with the deliberations of the NAC.

In 2013, however, I was asked to make a presentation to the NAC on the development in the north east region and also brief them on the implementation of some of the suggestions made earlier by the committee on the issue.

In my presentation, I gave details of accelerated focus by the Planning Commission on the region and the expansion of the air, rail and road network.

Mrs Gandhi listened with interest, but remained quiet during the discussions that followed.

Later, I learnt from some members that she always allowed discussion to proceed on most subjects so that members could have their say.

Clearly, she was a good listener. 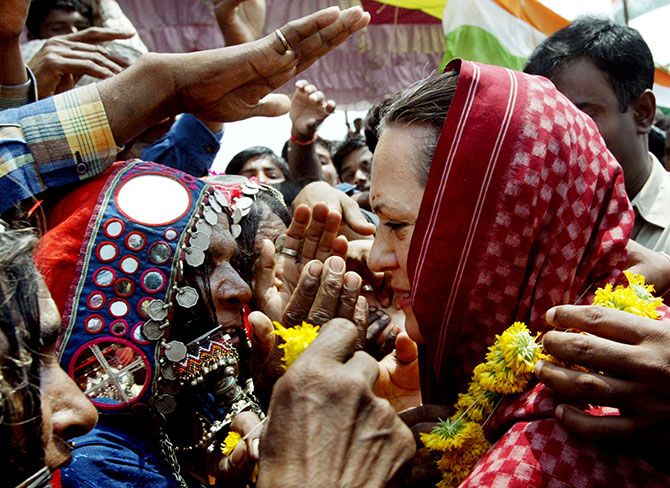 The functioning of the NAC was reflective of a policymaking institution with a different approach.

The NAC was strongly influenced by the rights approach, which, at times, did not fully consider financial or administrative implications.

It had a strong influence of the NGO sector.

Many of its proposals looked at the benefits to be provided to tribals, women and minorities.

This gave it the image of a pro-poor institution.

There was continuous interaction between the NAC and the government to ensure their proposals reflected the ground realities too.

When the NAC sent suggestions, these were looked at carefully by us in the CoS (Committee of Secretaries).

There was no pressure to accept it, but departments were clearly conscious of the fact that the proposal had the backing of the NAC.

The Right to Information Act, for example, was sent by the NAC after extensive discussion.

This was a key initiative, which focused on transparency in administration.

The government initially had reservations about several of its provisions, and these were diluted.

When these went to the parliamentary committees, several of these were restored to their original positions.

The government, too, then accepted the changes.

Given the need to provide employment in rural areas, the passing of the Mahatma Gandhi National Rural Employment Guarantee Act (MGNREGA) 2005 was another important initiative by them.

The amendment to the Hindu Succession Act, 1956, to enable daughters to have a share in the ancestral property of their father, was yet another progressive step suggested by it.

Often, the departments would make presentations before the NAC to sort out issues before policy proposals were implemented.

There was extensive discussion, for example between the government and the NAC, on parameters of certain policies such as the National Food Security Act, 2013.

The basic limitation was the availability of food with the government procurement agency and the extent of the subsidy burden.

The NAC wanted a high availability and cheaper food.

The government clearly had limitations, as the procurement was of certain limited quantities only, and it did not wish to make the subsidy burden very high.

The final Bill which was passed in the Parliament was a realistic law based on the marriage of the two positions.

But there were certain other NAC proposals that were unrealistic. 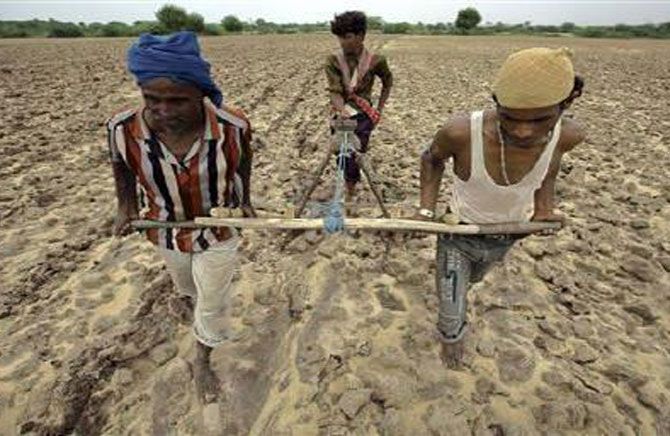 I recall that one such proposal was the draft of a law to provide better protection to minorities, which was completely unworkable.

There were other proposals from the NAC, such as the Bill for changes in the Land Acquisition Act, 2013, which were supported by a large body of public representatives and MPs, but had administrative problems.

The Bill was passed as an Act of Parliament and called the Right to Fair Compensation and Transparency in Land Acquisition, Rehabilitation and Resettlement Act, 2013.

This Act has caused serious problems in getting land quickly for developing infrastructure and industries, and the states have had to work out various methods to get around it.

The system of governance devised at that time had a clear division of power.

While Dr Singh was responsible for running the administration of the country as the PM, Mrs Gandhi wielded political power.

She, however, was part of the core group, presided over by the PM, which included a few ministers apart from Ahmed Patel, who was an MP and political secretary to Mrs Gandhi.

The group met every week at the residence of the PM to discuss various issues.

The NAC gave some excellent ideas and helped with policymaking, which was mostly inclined towards greater support for the weaker sections of society.

Its very presence, however, gave the impression of an alternative centre of political power that was running the show.

This did not give good media presence for the government.

As an institution of governance, this arrangement devised by the UPA had some major advantages.

As a distinguished civil servant, Dr Singh had excellent ideas about the system of governance prevailing in our country.

He had been part of the Congress since he had decided to enter politics and, unlike many other leaders, had never shifted his loyalty to any other formation or political group.

He had practically no political base of his own and was likely to be loyal to the party.

Also, he was simple in his living style and had an impeccable reputation for honesty and uprightness.

On the other hand, Mrs Gandhi had no experience at all of running either the government at the Centre or at the states.

Her strength was an excellent background in running the party.

So the arrangement seemed perfect, with the two of them functioning in their respective areas of specialisation, and coordination provided by the core group.

This experiment, however, had problems that could not be seen clearly in 2004. 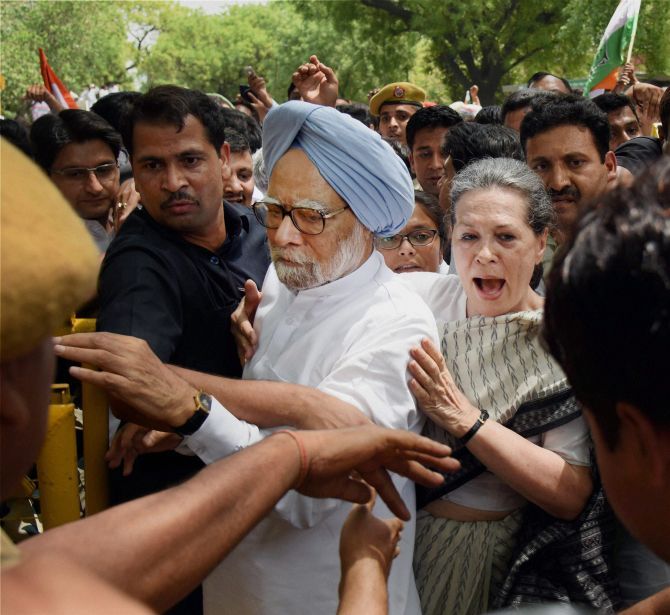 The PMO has both political and administrative dimensions.

The PM participates in parliamentary proceedings, interacts with political leaders of different parties and keeps watch on the performance of ministers.

Dr Singh was extremely bright, but not an orator.

A lot of floor management was required in the Lok Sabha, as coalition partners often had their own positions on certain issues.

There was also need for close political interface with the Opposition parties.

But the most important part of the limitation of this arrangement was that ministers tended to look to Mrs Gandhi rather than only to the PM.

While they were respectful of the PM, it was clear that as ministers, they owed their positions as much, if not more, to Mrs Gandhi.

With respect to coalition partners, the Congress president had a major say, as she had stitched the arrangement together.

Ministers of coalition partners were nominees of those parties.

The PM had to manage them even when he was not happy with a nominee.

While she gave full respect to the PM and the meetings of the core group were invariably held at 7 Race Course Road, the PM's residence, there was no doubt that she was a strong power centre.

All this was not helpful in improving the overall functioning of the government.

I would like to quote two instances that amplify this point. 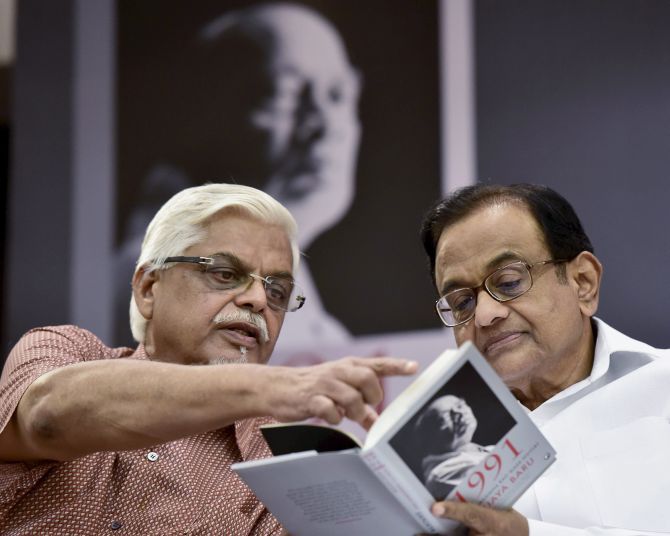 Sanjaya Baru had been media advisor to the PM earlier and had later moved to Singapore on another assignment.

When the UPA won the elections in 2009, there was a proposal to reappoint him as the media advisor.

He was apparently given this indication during his informal interaction with Dr Singh.

Baru had worked closely with him, was well qualified and extremely experienced.

He left his job in Singapore and moved to Delhi, preparing himself for his new job.

But this appointment did not materialise.

While it is difficult to say what happened, it appeared that for some reason, Baru was not acceptable to the party and the proposal, therefore, did not fructify.

The second instance relates to the approval of an ordinance by the Cabinet to provide protection to convicted MPs and MLAs, in September 2013.

The intention of the proposed law was that if an appeal was pending, politicians convicted of a crime could not be debarred from contesting elections.

It was felt that this was aimed at providing protection to Lalu Prasad Yadav in the fodder scam case. 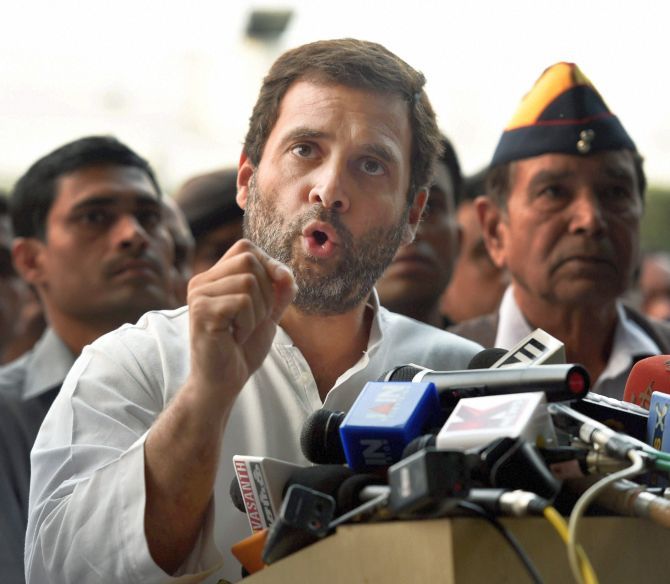 During the course of a press conference in Delhi, Rahul Gandhi, who was the vice president of the party at that time, showed strong resentment against this policy and tore the copy of the ordinance.

This was a strong public indictment of the government from within, and did not reflect well on it.

Yet another fallout of this special arrangement was that when attacks were mounted on the PM as corruption charges were made against the government, there was very little coordinated effort by the Congress, the UPA ministers or other politicians to strongly put forward the government's viewpoint, speak up in his favour and strongly defend him. 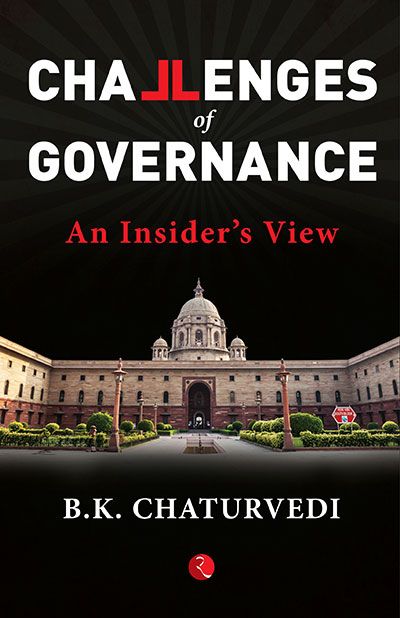 When I contrast this position with the current NDA government, where any criticism is met vehemently by ministers and through social media, the difference is stark.

This position did not give the impression of a government that was fully united.

It adversely affected its public image.

Excerpted from Challenges Of Governance: An Insider's View by B K Chaturvedi with the kind permission of the publishers, Rupa Publications India. 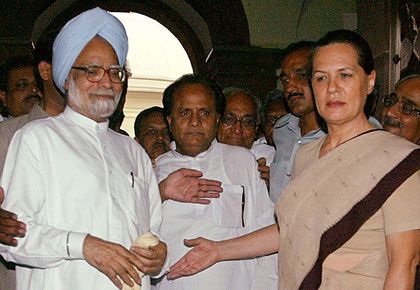 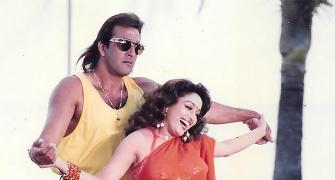