'Who would have thought that Brexit would take place or Donald Trump would become US president or Kim Jong-un's madness could bring the prospect of nuclear war over Asia?'
'It is the time of the unexpected; the French elections should perhaps be seen in this perspective,' says Claude Arpi. 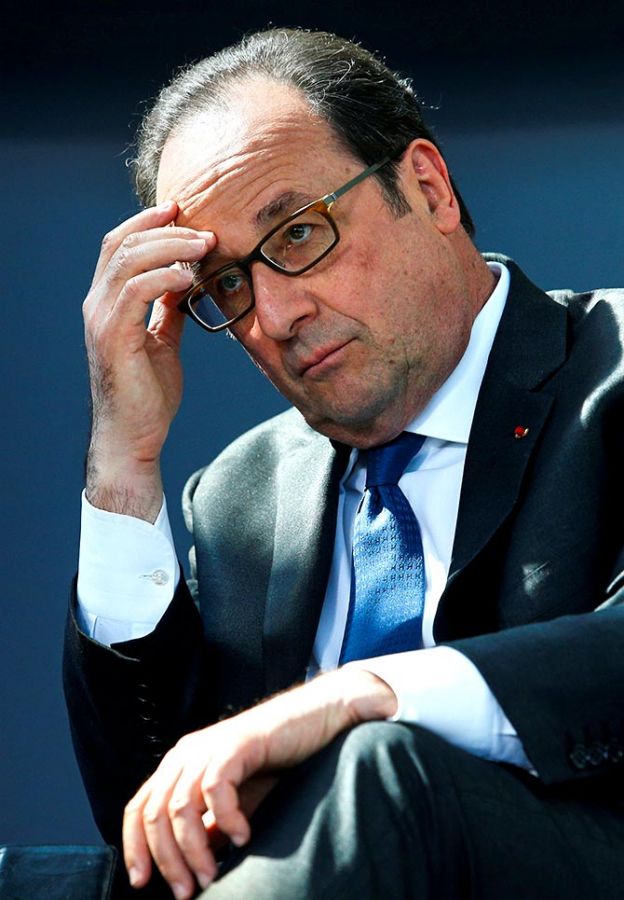 The world is going through strange times.

Is it not odd that so many unexpected things keep happening?

Who would have thought a few years ago that Brexit would take place or Donald Trump would become the US president or Kim Jong-un's madness could bring the prospect of a nuclear war over Asia?

Indeed, it is the time of the unexpected; the French elections should perhaps be seen in this perspective.

Though 11 candidates are fighting hard to reside for the next five years in the Elysée Palace, only one of them will ultimately make it.

Most electors agree that the 'times are difficult' for the nation which gave the triple mantra of Liberty, Equality and Fraternity to the world (and to the Indian Constitution); today France has doubts about its future, 'the blues,' one could say in Frenglish.

France is no longer in a revolutionary mood.

During the last five years, a weak presidency has demoralized the nation further.

Francois Hollande, whose popularity had beaten records, now has the lowest rating for any president of the Fifth Republic.

This is mainly due to his lack of charisma and some of his goof-ups (for example, getting caught by the paparazzi on a scooter visiting his girlfriend).

Will France find a real leader to give again the nation a position in the world?

Another factor, which is not limited to France, but has appeared elsewhere on the planet, is that the differentiation between the political 'right' and the 'left' does not mean much anymore.

It is symbolic that the candidate, projected by the French media as the next president -- Emmanuel Macron -- refuses to carry a 'rightist' or 'leftist' label.

Regarding the opinion polls, there is today quasi unanimity in the French public that they are manipulated either by the large 'press groups' or 'influenced' by powerful political parties; it is a fact the media today is unable to project what will happen on April 23.

I asked a mathematician friend, who has worked on this issue, why the surveys were often 'statistically' wrong (Brexit, US elections, recent German by-elections, etc).

It was not the 'fault' of the theoricians, my friend said; but simply that the electors do not decide till the last minute for whom they are going to vote.

Days before the first round on April 23, which will select the two candidates for a final round on May 7, 40 per cent of French voters are still 'undecided'.

Further, the mathematician argues that in the recent elections, electors often change their preference at the last minute (this probably happens less in India). 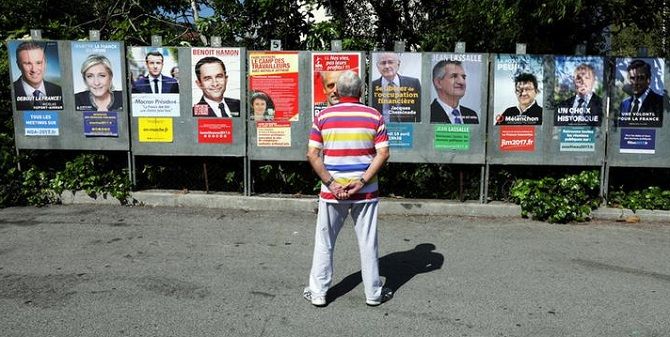 IMAGE: A voter in Saint Andre de La Roche, near Nice, April 10, looks at campaign posters of the 11 candidates in the French presidential elections.
The first round of the elections to pick the two final candidates will take place on April 23.
Photograph: Eric Gaillard/Reuters

One particularity of the present French presidential elections is that the 'primaries' were organised to select the candidates who will represent the 'left' and 'centre/right'.

On the socialist side, Benoit Hamon emerged the winner, by defeating Hollande's Prime Minister Manuel Valls.

Unfortunately for Hamon, the two candidates from the 'left' who refused to participate in the primaries are now far ahead in all polls.

First, Jean-Luc Mélenchon, a hard core Communist who believes that Xi Jinping and modern China are examples to follow for France.

His popularity has seen an unexpected surge, primarily because he is a good orator and having never been in power, has not been caught in any financial scams. Some are now projecting him to reach the second round for 'la lutte finale' (the final struggle). His present surge is probably boosted by the lack of credible candidates.

Macron is the other candidate who refused to stand in the primaries. (In the French political system, anybody who manages to collect 500 signatures from locally or nationally elected representatives can register his candidature.)

Macron -- Hollande's 38-year-old former economy minister who earlier worked as an investment banker for Rothschild -- wants to 'bring optimism' to the country.

His party, 'En Marche!' ('On the Move!'), challenges the entire political system.

Though a pure product of the establishment, having worked first with Nicolas Sarkozy, then with Hollande, Macron projects himself the anti-establishment candidate.

Will he be the next French president? Millions already see him in the Elysée Palace with his wife, who is 20 years older than him.

Cleverly, he has managed to remain vague on his programme, trying to please the 'right' and the 'left' at the same time.

Macron is a fervent 'European', contrary to several other candidates who argue for a 'Frexit' or at least surgical reforms for the European Union.

Macron's candidature has created a lot of confusion for the already confused left; Defence Minister Le Drian recently joined him, hoping to get a job in May.

President Hollande is also said to be inclined to vote 'Macron' though the latter 'deserted' his cabinet last year and subsequently criticised his government.

Each candidate has his own recipe to take the country out of the current depressing slump.

The problem is in France -- like in India or the US -- will it be the candidate who makes one remember what he promised during the campaign? Doubtful.

Macron is more honest; his promises are so vague that nobody can attack him later if he becomes president.

After the two 'primaries' most of the observers thought that it was 'done'; Fillon would be the next president.

His intentions of introducing drastic cuts in the bureaucracy to reduce the budgetary debts had made him rather popular, but the satirical weekly Le Canard Enchainé published documents showing that for more than 30 years, Fillon's wife, Penelope was employed by him as a parliamentary secretary -- while she was not working.

It is practically impossible for the former prime minister to come fully clean now; a small mercy for him.

His direct opponent, Marine Le Pen, faces the same accusations of having created 'fictive' jobs as a European parliamentarian.

She has claimed parliamentary immunity and refused to appear before the judiciary. Like Fillon, she also believes in a 'Black Cabinet' theory, which probably exists in a form or another (has any Indian leader in power snubbed the use of the IB or other agencies to promote their political purpose?).

While millions of voters apprehend Le Pen's xenophobic policies, many are attracted by her anti-migrant rhetoric. But can she expel all the illegal migrants or take France out of Europe?

The difficulties facing France in the volatile banlieux (suburbs) and the wave of terrorist attacks in the name of Islam, not only in France, but also Germany and more recently Sweden, will get her votes in plenty. Can she do it during Round 2 is the question that nobody can answer today.

It is why I say strange.

There is even a candidate, François Asselineau, president of the Union Populaire Républicaine (Popular Republican Union) who speaks of Sri Aurobindo.

Unfortunately, he does not seem to have grasped the integral philosophy of the Rishi; Asselineau has just one obsession -- Frexit.

If Fillon or Le Pen pass, there will certainly be a rapprochement (a 'rebalancing' would be more correct) with the Russians.

During Hollande's presidency, Putin was made a demon. Fillon asserted that it was 'ridiculous to portray Putin as a monster with hands full of blood.' Filon and Le Pen would see Putin more as an 'ally' against Islamic State in Syria.

India figures nowhere in the French periscope though the sale of 36 Rafales brought some cheer in the morose economic landscape. What is happening in the subcontinent is of no interest of the electorate.

After winning the first round of the primaries, Fillon spoke of completely changing France's 'software', but the hardware needs to be updated too.

This will be the job for the next president. It is not clear who can undertake this task.

Claude Arpi, who was born a Frenchman, has lived in India for more than 40 years. 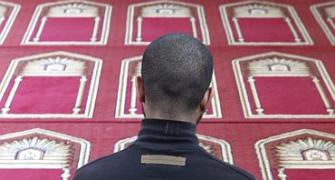 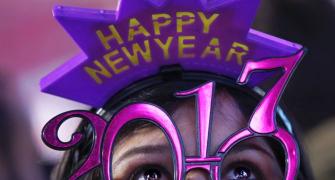 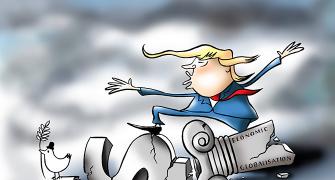