'By convention, the prime minister is technically kept in the loop for the DG, ISI's appointment.'
'It remains to be seen if Prime Minister Imran Khan is able to indicate any preference by then,' says Rana Banerji, who headed the Pakistan Desk at the Research and Analysis Wing, India's external intelligence agency. 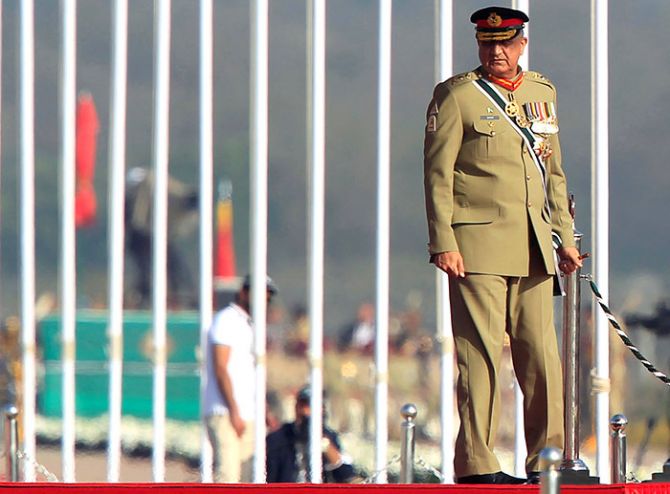 Even as Prime Minister Imran Khan is yet to settle down, Pakistan army chief General Qamar Javed Bajwa has effected a minor reshuffle of senior three-star generals, accommodating some of his principal staff officers in prestigious corps commands while swapping incumbents there to staff assignments in general headquarters.

Currently, of the 27 lieutenants general, 4 are from the artillery, 6 from the armoured corps, 12 from infantry regiments, 3 from engineers, 1 each from ordnance, and air defence.

General Bajwa has not disturbed the more senior lieutenants general, five of whom are slated to retire on October 1, 2018.

Of these, 1 would be from artillery, 2 from infantry and 1 from the armoured corps.

Another reshuffle could be expected then where aspiring two-star generals could be promoted, maintaining the approximate inter-arm balance. 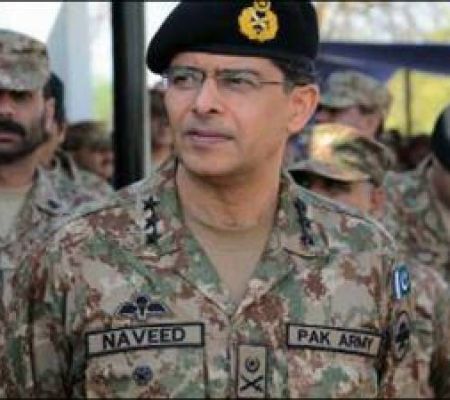 The October retirements would include that of Lieutenant General Naveed Mukhtar, director general, Inter-Services Intelligence, left, believed to have been a Nawaz Sharif appointee.

By convention, the prime minister is technically kept in the loop for the DG, ISI appointment. It remains to be seen if Prime Minister Imran Khan is able to indicate any preference by then.

The timing and scale of changes shows that General Bajwa, while being in complete command as chief of army staff, has followed the convention of accommodating interests of the collegiate leadership group of senior three star generals in doling out the perks and privileges of higher command in an even handed manner.