News
Business
Movies
Sports
Cricket
Get Ahead
Money Tips
Shopping
Sign in  |  Create a Rediffmail account
Rediff.com  » News » I was prepared to die, but only after killing the terrorists

I was prepared to die, but only after killing the terrorists

The terrorists now knew that I was the only one in the room, that I was injured and that I could not continue this battle for long.
A must read excerpt from Praveen Kumar Teotia's 26/11 Braveheart: My Encounter With Terrorists That Night. 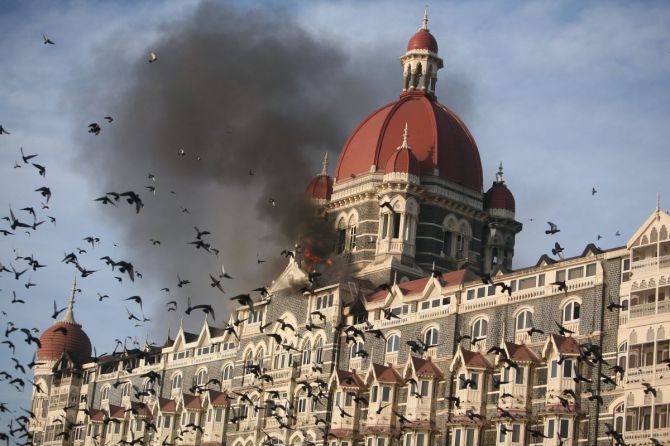 I decided to throw a hand grenade at them.

I anticipated that the distance between the terrorists and me would not have been more than 20 metres and a hand grenade thrown at them would definitely injure me as well, but this was the best option I could think of.

Yes, grenade it should be, I convinced myself.

I went for the right pouch on my fatigue and took out the grenade.

It was a stun grenade. Produced by the British during the late 1970s, the stun grenade also known as flash grenade, flashbang, thunder flash or sound bomb, is a less lethal explosive device used to temporarily disorient an enemy's senses.

It is designed to produce a blinding flash of light and a bang loud enough to temporarily cause deafness.

We were told in our training that when a flashbang detonates, it ignites a magnesium-based charge that releases a burst of light of around 7 million candela.

A candle emits light of about 1 candela of intensity.

You can imagine the intensity of the light emitted by the stun grenade.

Coming to the noise, a flashbang is louder than 170 decibels when ammonium nitrate is detonated.

A jet engine produces just over 140 decibels, which means that a sound louder than the noise of the jet would have reverberated through the room.

A sudden noise that loud can cause temporary deafness and tinnitus.

It also disrupts the inner ear fluid, which can cause a loss of balance.

But they are not lethal. And my enemy was leaving no chance to finish me. This was a do-or-die battle.

I kept the stun grenade back in the pouch and went for the more lethal one -- the live grenade.

The most common type of grenade on the battlefield is the time-delay fragmentation anti-personnel hand grenade.

The primary function of this grenade is to kill or maim the enemy.

To ensure maximum damage, the grenade is designed to launch dozens of small metal fragments in every direction when it explodes.

These sort of grenades, which played a major role in both the World Wars, Vietnam War and many other twentieth-century conflicts, are designed to be durable, and easy to use and manufacture.

In our country, they are primarily manufactured by ordnance factories under the Indian State Ordnance Factory Board.

I have to use this grenade now. This is my last life line.

I pulled the pin of the grenade and lobbed it in the direction from where the firing was coming. Two sounds were heard:

This meant that my grenade had not rolled and gone haywire, but safely lodged itself in the target.

The kill radius of a typical fragmentation grenade is 5 metres, the casualty radius is 15 metres, but the shrapnel can travel as far as 230 metres.

I was in the vicinity of around 25 metres and thus in the danger zone of the explosion.

Soon the grenade's outer casing would explode, giving way to metal pieces and shrapnel flying outward at great speed, imbedding in anybody and anything within its range.

Additionally, this was a dining hall of a five-star hotel decorated with glass mirrors, glass table tops and other ornate paraphernalia.

The impact of the explosion would tear apart all the glass and the damage to the target would increase.

I was also one of the targets of my own grenade.

This was a risk, but it had to be taken. I was prepared to die, but only after killing the terrorists. I started the countdown

There was complete silence in the room.

The calm before the storm.

Nothing happened. Grenades used by the Indian Army generally explode in 10 seconds, but this one turned out to be a dud.

In our parlance, it had 'gone blind'.

Almost a year later, weapon experts from the Indian Army and defence organisations interviewed soldiers defending our borders to compile a report on the faulty grenades in the Army.

The findings were revelatory.

One out of three grenades was found to be a dud. The full report was never made public by the army, owing to the secrecy of defence projects, but preliminary investigations showed that it was not unusual for detonators to surpass their shelf life by the time they reach the hands of the soldiers in a conflict zone.

Our country still uses World War II-vintage hand grenades and time and again, experts have pointed the futility of using these grenades.

Over a period of time, the detonators become susceptible to chemical degradation, making the grenade a waste.

So much has been written earlier and so much later, but nothing was done about these faulty grenades.

At that time in that room, fighting the evil perpetrators who were out there to destroy and kill everything Indian, I felt betrayed as a Indian soldier.

Is our life so cheap? Who made this faulty grenade? Why wasn't it audited?

A deep sense of demotivation engulfed me.

This was not some online purchase that I could have returned as an unhappy customer only to be wooed back by the company.

As a consumer, I was given the faulty product, and as a soldier, I had to deal with it.

The gap between the 'market forces' making our country a nation of shopkeepers and the basic and essential supplies by the government to its soldier was quite wide.

A soldier fighting for his country would always be vulnerable due to this gulf.

In 2019 however, the ministry of defence cleared a major project for the Indian Army for the acquisition of 10 lakh 'Made in India' multi-mode hand grenades to replace the existing inventory, HE-36 grenades manufactured by the Ordnance Factory Board.

This was a project worth more than '500 crore' and I wish that the chances of a soldier caught with a useless grenade are minimized after this.

The terrorists now knew that I was the only one in the room, that I was injured and that I could not continue this battle for long.

As far as they were concerned, my time was over.

Excerpted from 26/11 Braveheart: My Encounter With Terrorists That Night by Praveen Kumar Teotia, with the kind permission of the publishers, Rupa Publications India. 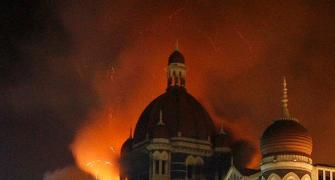 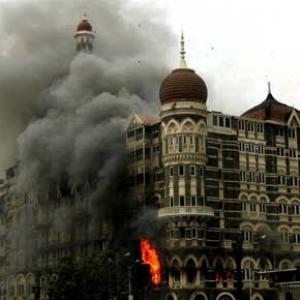 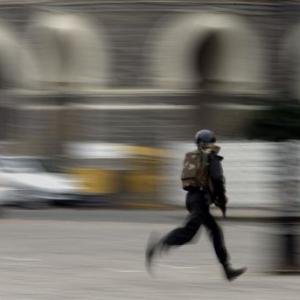