Sign in  |  Create a Rediffmail account
Rediff.com  » News » Zardari, a good partner in war against terrorism: US 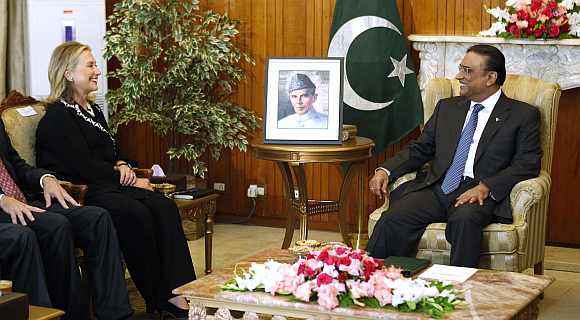 Image: US Secretary of State Hillary Clinton meets with Pakistan's President Asif Ali Zardari in Islamabad last October
Photographs: Reuters
United States Secretary of State Hillary Clinton has said that Pakistani President Asif Ali Zardari is a good partner in war against terrorism, even as Pakistan military or the Inter-Services Intelligence, according to her, have maintained relationship with terrorist groups for decades.Testifying before a Congressional committee on Wednesday, Clinton said, "I think Congressman, what President Zardari told you on behalf of the civilian leadership of the government of Pakistan is true."

"He has been a good partner in going after terrorism that threatens his country and Afghanistan and our troops," she said while responding to questions from Senator Michael Mccaul.

'No evidence of any high-level official knowing about Osama' 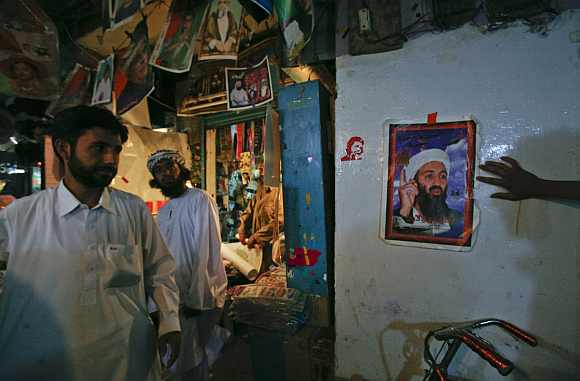 Photographs: Reuters
Denying that US has any proof of any Pakistani high-level officials knowing about the presence of Osama bin Laden, she said, "We have no evidence of any high-level official knowing about bin Laden. But, like you, I have to assume that lower-level people had to have known something. But we haven't proven that. It could be asserted, but not yet proven."

"This is a complicated, difficult relationship. What we are doing now is making it very clear what our expectations have to be going forward. And there is no doubt in my mind that certain elements of the Pakistani government are more ambivalent about cracking down on terrorism than other elements," Clinton said.

"You know, when I sit across from the foreign minister or talk to the ambassador or talk to the prime minister and others, I think they are very sincere. They know that the scourge of terrorism is killing Pakistanis." 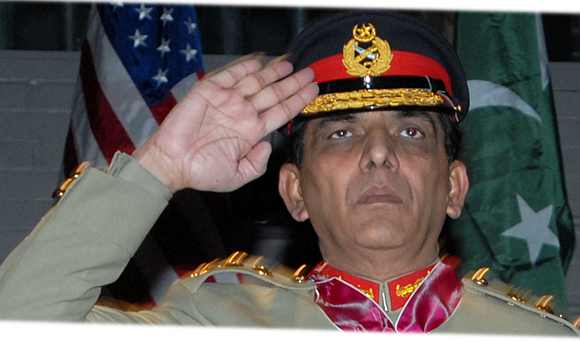 Image: Pakistan army chief Gen Ashfaq Parvez Kayani
Photographs: Reuters
Deliberating further, Clinton said, "Zardari knows that terrorists killed his wife. And yet there has been relationship between terrorist groups and the military and the intelligence services for many decades.""The fact that this democratically elected government has survived longer than any other democratically elected government, is a unique thing. For the first time in the Parliament, you have questions being asked of the military and the ISI. You have the Supreme Court asking questions about actions of the military and the ISI," she told the lawmakers.

"So you see the strains and stresses of trying to have a civilian government in a democracy assert control over all elements of the government. We want to continue to support the democratic trend inside Pakistan," Clinton said. Earlier Mccaul said that recently he led a delegation to Pakistan, Afghanistan and Iraq.

"We had a sit-down meeting with President Zardari, a very frank discussion. He looked at us in the eye and said that he had no knowledge that bin Laden was in his country. But we do know it's probably likely that lower-level officials knew of his (Laden's) presence in Pakistan," he said.

"Then we had Dr Afridi, who helped us over there. Now he's in prison for treason, as was pointed out earlier. They gave the Chinese access to the helicopter that was left behind at the compound."

'Zardari said our ties a bad marriage, but divorce is not an option' 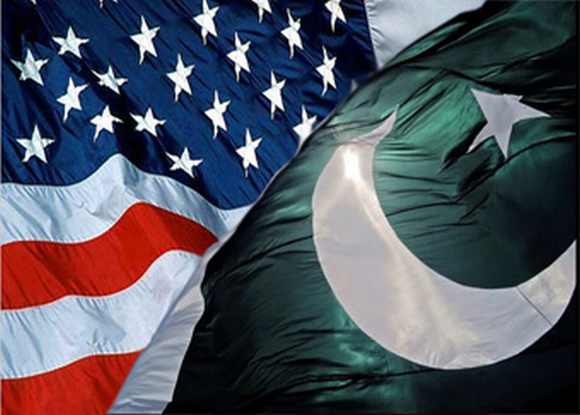 "However, last year the chairman of the Joint Chiefs, Admiral Mike Mullen, testified that, with ISI support, Haqqani operatives planned and conducted a truck-bomb attack as well as an assault on our embassy."We also have credible evidence that they were behind the June 28th attack against the Intercontinental Hotel in Kabul and a host of other smaller but effective operations," he claimed. "In short, he (Mullen) said the Haqqani Network acts as an arm of Pakistan's Inter-Services Intelligence Agency, which takes me to my next question. We're giving all this foreign aid to a country that is complicit in working with the terrorists who are killing Americans."

"I understand all the implications. Zardari referred to our relationship as like a bad marriage, but divorce is not an option," Mccaul said, adding, "but when it comes to the funding, we're looking at crafting legislation that would essentially require the State Department to certify that they are not working with these networks, including Haqqani."And if that cannot be certified, then the foreign aid will be cut off," Mccaul threatened.

The other TOP photo features