Image: A video grab of the 'porngate' incident

It's certainly nothing short of skill to maneuver public life without falling into perennial trappings of embarrassment. However, there is no dearth of leaders in our country who consciously build those trappings themselves.

While some politicians are no newbies in the murky world of embarrassment and remain classically unperturbed, there are others for whom such discomfitures have paved the way to the dead end.

As the year comes to a close, we present a list of some of the most embarrassing politicians in India -- although we claim to provide no clarity as to who particularly stands embarrassed: the politicians or the society.

The story created a huge controversy across the country, inviting the wrath of opposition and women's organisations.

However, the ministers later said that the video was an investigation into the indecent behaviour of foreign tourists at a rave party in Udupi. 2012 will go down as an unforgettable year for Congress MP and senior Supreme Court counsel Abhishek Manu Singhvi. A CD allegedly showing him having sex with a female lawyer tainted his image for sure.

Singhvi claimed that such a CD either does not exist or if it does, it is clearly morphed and fabricated. Later, on April 18, Congress released a statement declaring that the CD was a personal matter of the senior lawyer.

On April 19, the video went public on Facebook, YouTube and other social networking sites. Singhvi then blamed social media sites for sensationalism and claimed an organised gang was involved in broadcasting the CD contents despite a court injunction. 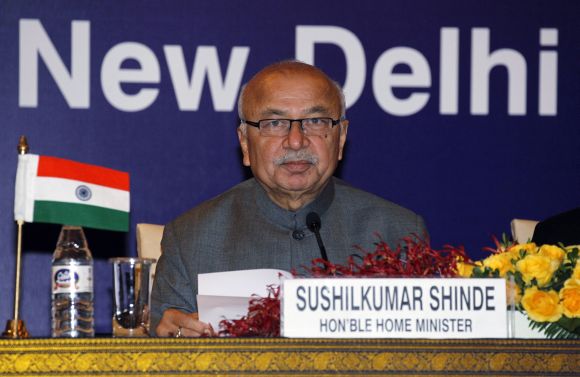 Union Home Minister Sushilkumar Shinde definitely didn't do much to improve Manmohan Singh's reputation as a 'soft PM' when he said that even the top leaders of the land were not in the know about the decision to hang lone surviving Pakistani 26/11 terrorist Ajmal Kasab at Yerwada prison in Pune on November 21, 2012.

Singh and UPA chairperson Sonia Gandhi came to know about the hanging only through television reports, Shinde claimed.

Obviously, the opposition lapped up the juicy opportunity.

In September 2012, when the coal-gate controversy was at its peak, the senior leader from Sholapur told a Pune gathering, "Earlier the Bofors was a talking point. People forgot about it. Now it is coal. This too will be forgotten."

As if that was not all, Shinde, at his symbolical worst, added with elan: Once hands are washed off coal, they again become clean.

In August 2012, Shinde was replying to a short duration discussion on Assam violence in Rajya Sabha, when he was interrupted by actress and Samajwadi Party MP Jaya Bachchan who alleged that the minister was not responding to specific queries raised by members. To that Shinde snapped, "This is a serious matter. This is not a subject of the films."

An uproar ensued and Shinde later had to eat his words. 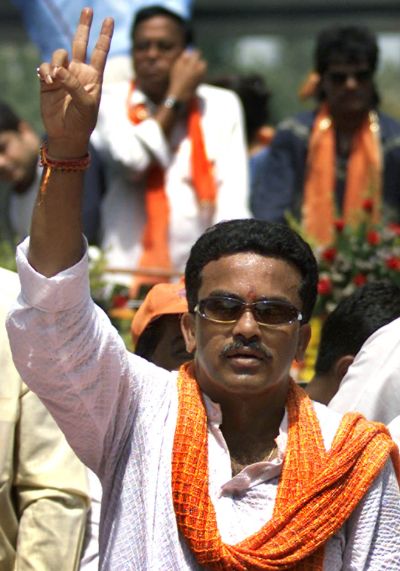 The damage done by his sexist comments ran deeper than a law suit by Irani and some reprimand from the Congress -- it gave a huge blow to UPA government's 'efforts' to check the menace of crime against women, especially after the issue took centrestage of protests following the gangrape of a 23-year-old paramedical student in a moving bus in the national capital. 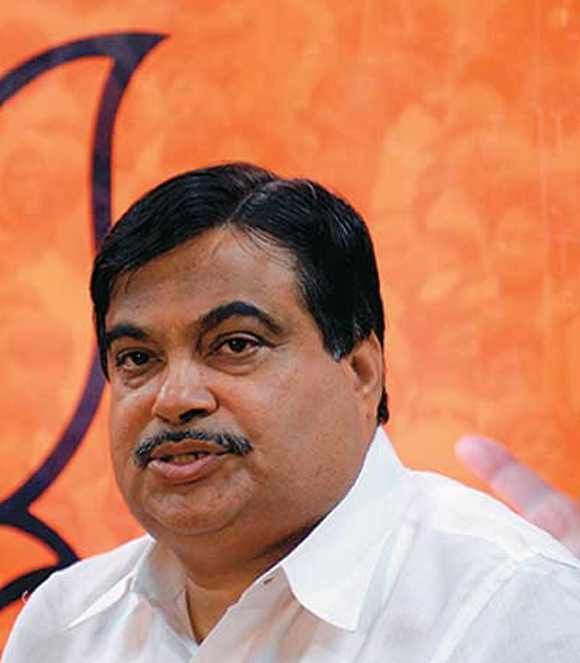 The year marked a sought of 'fall from grace' for Bharatiya Janata Party president Nitin Gadkari.

First Gadkari found himself on the firing line when Aam Aadmi Party's Arvind Kejriwal leveled charges of corruption against him.

And equally embarrassing was a speech in Bhopal where the former Maharashtra minister 'compared the IQ of Swami Vivekananda and underworld don Dawood Ibrahim'.

Gadkari's critics, both inside and outside BJP, minced no words to express their lack of confidence in him, especially after these two controversies. 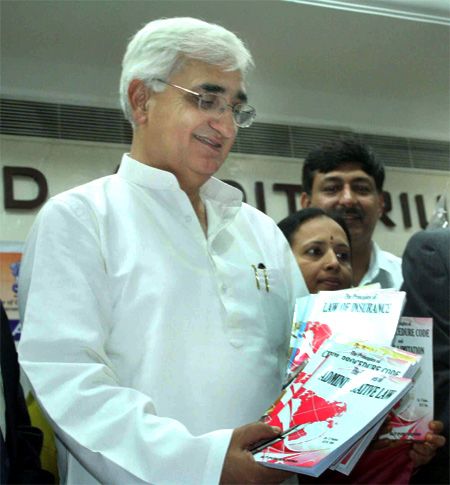 Foreign Minister Salman Khurshid, largely perceived as suave and cultured, seemed to have lost it when he verbally threatened anti-corruption crusader Arvind Kejriwal in October, 2012.

Battling Kejriwal's charges of misappropriation of funds in managing his family-run Zakir Hussain Memorial Trust, Khurshid told his supporters, "I have been made the (then) law minister and asked to work with the pen. I will work with the pen, but also with blood."

Apparently referring to Kejriwal's threat to stage protests in his Farrukhabad Lok Sabha constituency in Uttar Pradesh, Khurshid said: "Let them come to Farrukhabad and visit Farrukhabad. But let him also return from Farrukhabad."

Khurshid's outbursts drew flak from many quarters including his party Congress, whose general secretary Janardan Dwivedi said, "Everyone should be careful in the use of language. Everyone should choose words carefully".

Obviously the party high command saw nothing amiss, for it soon elevated Khurshid to the external affairs ministry. 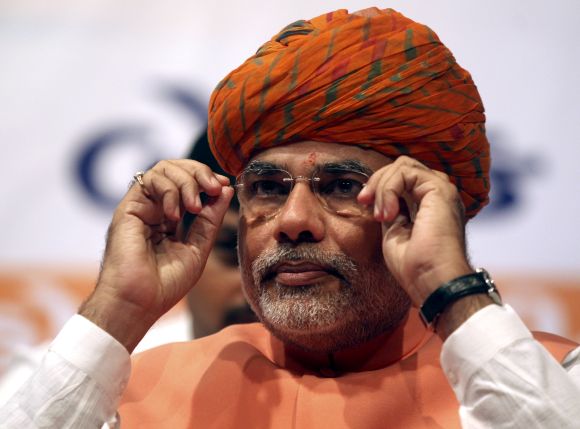 While there's still time for the excitement over Narendra Modi's triumph in the recently concluded Gujarat assembly elections to fade out, the displeasure over some of his 'sexist' comments made earlier in the year cannot be brushed under the carpet.

While addressing a campaign rally in Himachal Pradesh, the BJP leader took potshots at Union minister Shashi Tharoor's personal life, saying his wife (Sunanda Pushkar) was once his "50-crore-rupee girlfriend"

"There was a Congress leader who was a minister. He was accused of amassing wealth from cricket. He had said in Parliament that he is not connected to the Rs 50 crore in the lady's name," the BJP stalwart said in an apparent reference to Tharoor in the context of the IPL cricket controversy involving Pushkar in 2010 which led to his resignation as minister of state for external affairs.

Tharoor shot back on his playground, Twitter, stating that 'his wife is priceless,' and that Modi 'need2be able2love some1 2understand that.'

In September, the Gujarat chief minister's response on widespread malnutrition being the result of a predominantly vegetarian middle class that is "more beauty-conscious than health-conscious" sparked off another row.

"If a mother tells her daughter to have milk, they will have a fight. She will tell her mother, 'I will not drink milk. I will get fat," Modi had said. 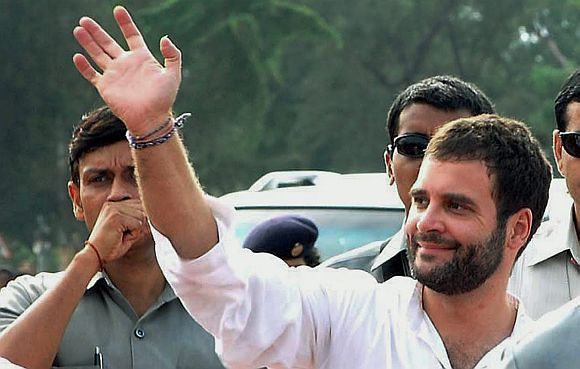 Congress general secretary Rahul Gandhi, while attacking the Opposition at a huge gathering of party workers at the Ramlila Maidan in New Delhi in November, said the BJP was opposing everything without giving it a thought.

To drive home his point, he argued further, "We were also in the Opposition. Then the Kargil war happened. We were all together. The Congress stands together in the interest of the country whether we are in government or not. They (BJP) oppose without any thought. They are engaged only in opposing without giving a thought to anything ," Gandhi said.

The Kargil argument didn't go down well with the BJP, which counter-attacked by saying the Congress didn't oblige the then National Democratic Alliance government by supporting the Kargil war. "That is the duty of every patriotic citizen to support the country's armed forces and the government at the time of a war," senior BJP leader Murli Manohar Joshi retorted. 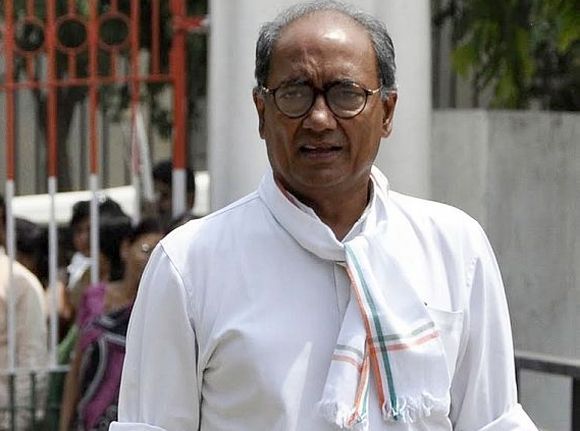 Some of the recent entries in the unending list of his controversial statements includes when he compared Arvind Kejriwal (on an anti-graft expose spree) with B-Town sensation Rakhi Sawant.

"Arvind Kejriwal is like Rakhi Sawant. They both try and expose, but with no substance", Singh tweeted.

What more, a 'deeply aggrieved' Sawant issued letters to Mumbai police commissioner and Maharashtra home secretary asking them to book the Congress general secretary for "outraging" her modesty. 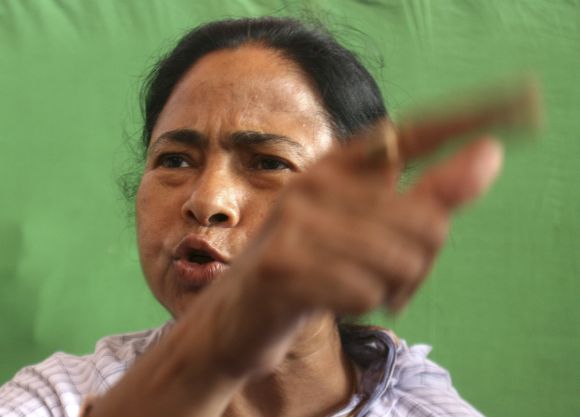 CNN-IBN quoted Mamata as saying: "Earlier if men and women would hold hands, they would get caught by parents and reprimanded but now everything is so open. It's like an open market with open options."

Earlier in February 2012, didi created a huge controversy when she initially compared the Park Street rape as a 'cooked up case.'

When the rape survivor's version was proven to be true, Mamata, instead of apologising, blamed a section of the media for 'distorting her comments', adding her initial response was based on the preliminary investigation report. Former Coal Minister Sriprakash Jaiswal found himself in the centre of a controversy over his remark that wives lose their charm over time, sparking an outrage among women's groups which dubbed the comment as "disgusting and derogatory".

Facing flak for his embarrassing remarks at a kavi sammelan in Kanpur, Jaiswal offered his apology, saying he had no intention to hurt the sentiments of women.

Jaiswal, who was addressing a sammelan when news of India's victory over Pakistan in an ICC World Twenty20 match in Sri Lanka came in, said that like an old victory, wives lose charm as time goes by.

Observing that people became excited after India's victory, Jaiswal said, "New new victory and new new wedding, both of them have their own importance. As time will pass, the victory will become old. As time passes wife also becomes old...that charm does not sustain." 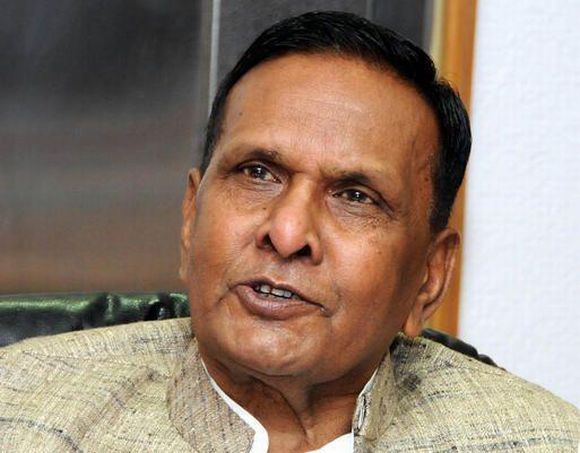 Former Union steel minister Beni Prasad Verma, known for his penchant for gaffes, said earlier in the year while defending colleague Salman Kurshid, embroiled in a controversy over his family-run trust, that "Salman Khurshid could not have embezzled Rs 71 lakh". Pray, why? Because, "It is a very small amount for a central minister. I would have taken it seriously if the amount was Rs 71 crore."

Verma then quickly backpedalled by protesting that his remark had been distorted.

But he is obviously a serial offender. For on August 19, he had made a remark in Barabanki, that "With the increasing price levels, the farmers are benefitting. Dal, atta, vegetables have all become expensive. I am happy with this price rise. The more the prices rise, the better it is for farmers". 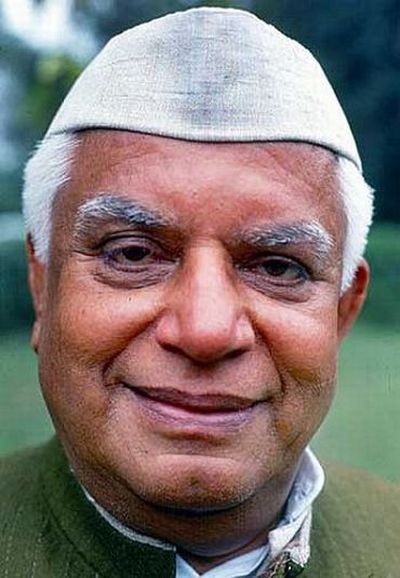 The veteran leader had also left no stone unturned to prevent the DNA test results from coming to the public domain, but in vain.

Another embarrassing moment for Tiwari, after being embroiled in a sex scandal at the Andhra Pradesh Raj Bhavan in 2009.