Sign in  |  Create a Rediffmail account
Rediff.com  » News » Why in a hurry to close Aarushi case, CBI asked 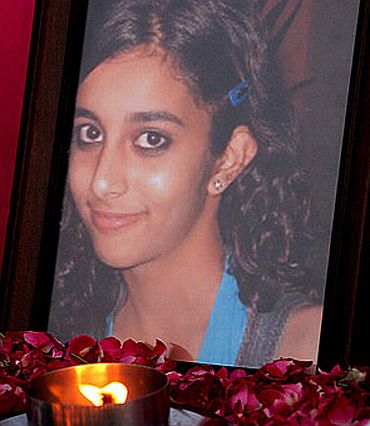 A special court in Ghaziabad on Monday questioned the 'hurry' on the part of the Central Bureau of Investigation to close the probe in the Aarushi Talwar murder case and asked it to file annexures to its report.

"The closure report has been registered. Now the court will give the time to the investigating officer to submit the annexures of the closure report," Special Judicial magistrate (CBI) Preeti Singh said.

The court may fix another date post-lunch to decide on the case in which the CBI has filed a report to end the investigation after a probe lasting two-and-a-half years on grounds of insufficient evidence.

The CBI had on December 29 filed a closure report in the sensational murder case of 14-year-old Aarushi and her servant Hemraj in May 2008.

'We want the case to be reopened' 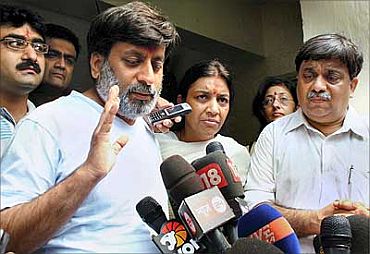 As soon as the hearing began, the court asked CBI counsel A K Saini, "What was the hurry (in filing a closure report)? Where are the documents (annexures) of the closure report?"

Saini replied, "Our (CBI) process is that we file closure report when a decision in this regard is taken."

Aarushi's father Rajesh Talwar, who is the prime suspect in the case, told reporters, "We want the case to be reopened."

Rajesh and his wife, Nupur, both dentists, had earlier lashed out at the CBI for making "false and baseless" allegations against them. 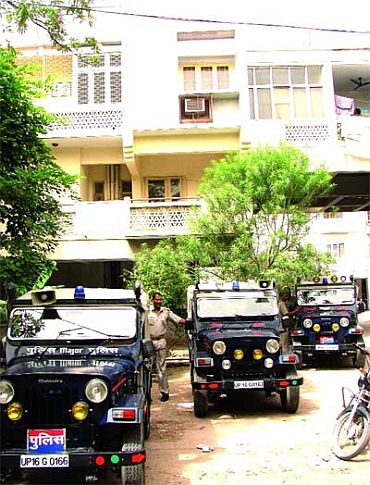 "By this closure report all I can say is that the CBI has condemned us for life. They have put all kinds of false allegations upon us without any evidence. This has been a completely shocking thing for us," Nupur had said.

In its closure report, the CBI gave a clean chit to three servants of the doctor couple -- Krishna, Raj Kumar and Vijay Mandal -- who were picked up as suspects.

Teenager Aarushi was found murdered with her throat slit at the Talwar's residence in Noida near Delhi on the morning of May 16, 2008. The body of Hemraj, their domestic help, was found on the terrace the next day.

The CBI had raised doubts over the role of the dentist couple in the case but said there was insufficient evidence against Rajesh for it to file a chargesheet as it could not zero in on any motive.