Sign in  |  Create a Rediffmail account
Rediff.com  » News » We NEED a revolution to change the system: Hazare

We NEED a revolution to change the system: Hazare 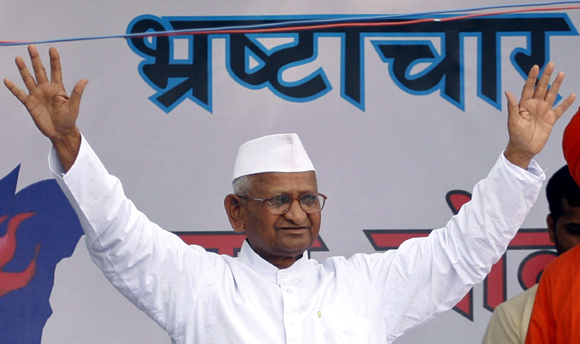 Almost two months after his split with the Arvind Kejriwal-led group, activist Anna Hazare on Saturday unveiled his new team to take his 'apolitical' anti-corruption battle forward, with a promise to expand the panel within a month.

The first list does not have names like that of former army chief V K Singh or activists P V Rajagopal and 'Waterman' Rajinder Singh and agriculture expert Devender Sharma.

Rajagopal and Singh had earlier snapped ties with Team Anna while Sharma had opposed Kejriwal-led group's plans to turn the movement political.

Sources said V K Singh could be inducted as a special invitee in the Coordination Committee.

A press statement issued by the group said Hazare reconstituted the Coordination Committee to re-energise India Against Corruption's movement, signalling a possible confrontation with the Kejriwal-led group, which is still using the name.

'Our movement has not weakened' 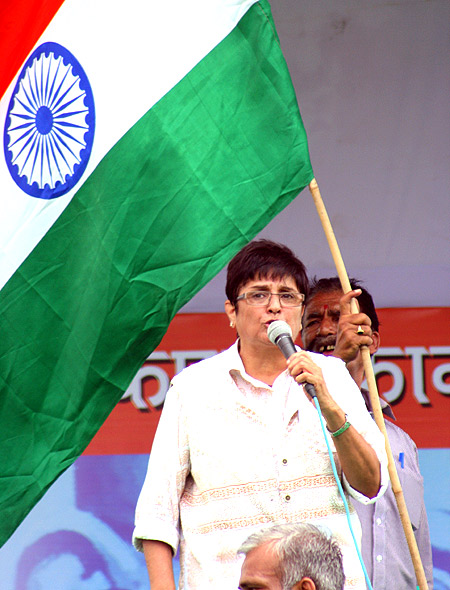 Hazare had a split with the Kejriwal-led group over the question of the anti-graft movement taking a political course.

"I had sent an invite for General V K Singh (for today's meeting). He will be meeting me later," Hazare told reporters after a day-long meeting of the committee.

Giving details of the action plan, Hazare said the Coordination Committee will be expanded by including around 40 more eminent citizens within a month. 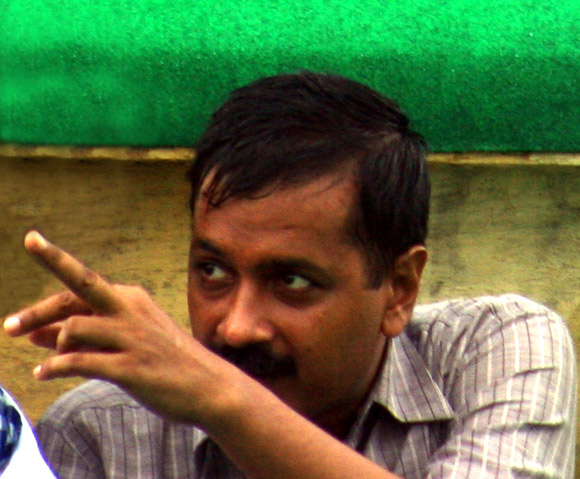 "We will not accept the government's version of Lokpal. The people should have the right to reject. We need to unite the country against corruption. We need a revolution to change the system. We will be inclusive in our approach and everybody is invited," said Hazare.

Speaking about the agenda of the movement, he said, "After the split, there have been some doubts that I have become silent and there is no forward movement. We have never stopped".

"The movement is on. We don't want the useless government's Lokpal. We will fight for a strong Lokpal, decentralisation, right to reject candidates, Citizens' Charter and a change in the system. If we have all these laws, 90 per cent corruption can be eradicated," he said.

Hazare said the movement's intention is not to assemble crowds but to bring about a change in the system.

He added that he would begin a nationwide tour from Patna's Gandhi Maidan against the rampant corruption in the country on January 30 next year.

'It is necessary to stop foreign companies' 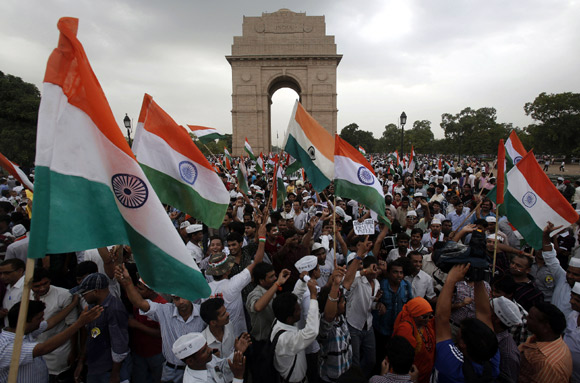 Image: A rally in support of Anna Hazare

Touching upon the issue of land acquisition, he alleged that the government was "gifting" farmers' land to foreign companies.

"If farmers don't leave their land, first they use lathis. If they continue to resist, then bullets are fired on them," he said.

On the issue of using the name IAC, Hazare said he didn't want any confrontation and if the Kejriwal-led group gives it, he will take it.

However, Bedi said it was not Hazare who had moved out of the movement but others (Kejriwal-led group).

"They will be announcing the new name of the party. So, it won't be a problem," she said.