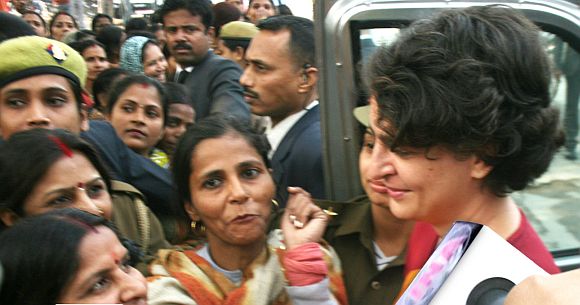 Locals in Congress party's pocket borough Rae Bareli, including Congress members, may be fond of Sonia Gandhi and son Rahul but feel it is Priyanka Vadra who has the mettle and charisma of her late grandmother Indira Gandhi and is more capable of bringing about a sea change in the country's politics.

"We like Priyanka Gandhi more than Rahul. When she gets down from her car and walks towards the people, you feel Indira Gandhi -- in her 'Ma Durga' avatar -- is standing in front of you.

"She is the real inheritor of her grandmother and her father Rajiv Gandhi's legacy.She should definitely enter politics," says Ghanshyam Pathak, a local shopkeeper who has been associated with the Congress for decades.

'Priyanka is the most charismatic in the Nehru-Gandhi clan today' 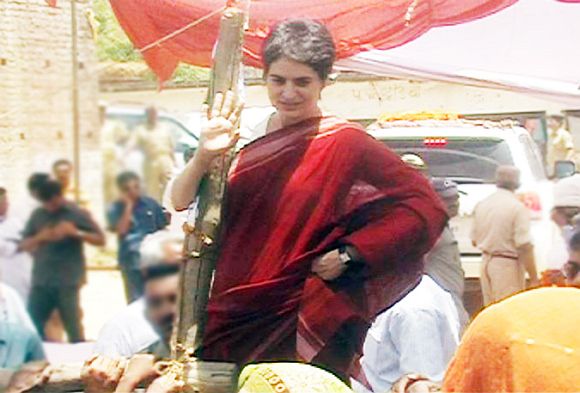 He recalls with fondness the days when Indira Gandhi was at the helm of affairs in the Congress.

Though the voters of these two "VIP constituencies" are loyal supporters of the first family of Congress, they feel Priyanka is the most charismatic and able in the Nehru-Gandhi clan today.

Her connect with the poor folk -- especially women -- has endeared her to the public.

Some Congress supporters feel if not from here, she can contest from any other constituency but it is time she entered politics

'Once she enters politics, SP and BSP will be decimated' 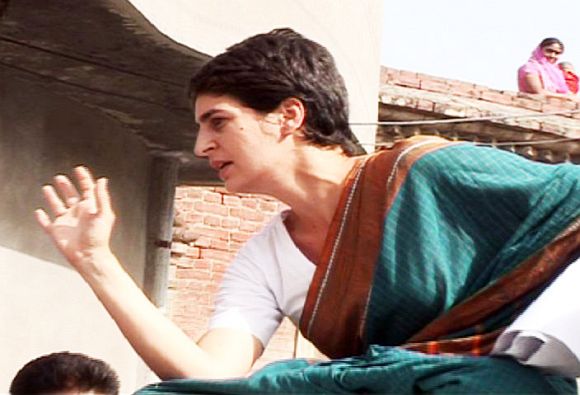 "She can contest from her in-laws place Moradabad or any constituency in that region. Once she enters politics, Samajwadi Party and BSP will be decimated," said Pathak, his affection for her overtaking his reasoning.

Priyanka visited Rae Bareli earlier this month to campaign for the Congress.

She had then stated that she was helping out her brother Rahul, who as party general secretary and star campaigner, is canvassing in other parts of UP and other poll-bound states.

In reply to a question from the media, Priyanka had said that for the moment she was confining herself to these two seats but will campaign in other parts too if Rahul wants her to.

Rae Bareli is looking forward to her next visit 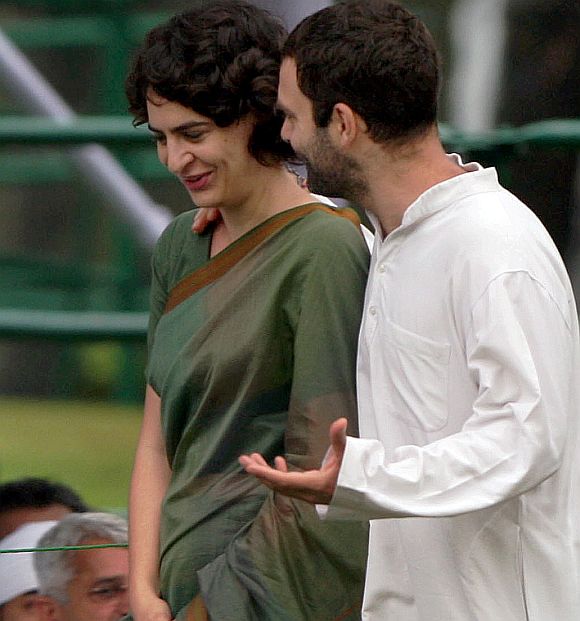 Asked about Priyanka's role in the Uttar Pradesh elections, Congress General Secretary Digivijay Singh told PTI that she is a part of the party's campaign and it is upto her and the party to decide which constituencies she will visit.

Locals here are looking forward to her next visit.

Kishorilal Sharma, an associate of the Gandhi family who looks after Sonia and Rahul's work in the twin constituencies, said Priyanka will be back on February 2 to begin the next round of campaign.

Polling in the Vidhan Sabha seats of Rae Bareli and Amethi will be held on February 19.

'She has a patient ear when people recount their woes' 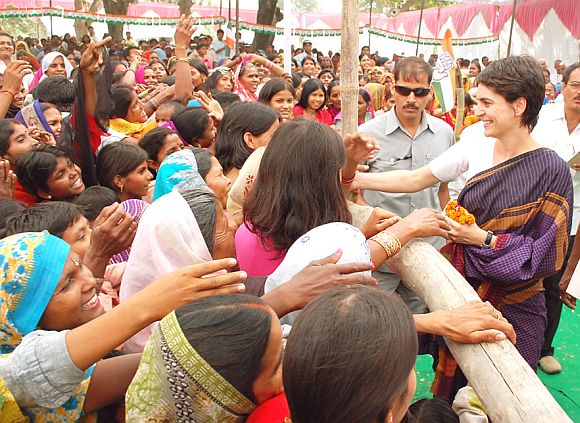 During her trips to Rae Bareli and Amethi, Priyanka is usually more forthcoming than Sonia and Rahul and stops and chats with the people.

"Have you noticed that she always wears a saree when she visits the constituency? She has a patient ear when people recount their woes," said Ram Pratap Mishra, a clerk working in Amethi.

The recent war of words between Rahul and firebrand BJP leader Uma Bharti is also a point of discussion in Rae Bareli with some feeling Priyanka would have given a more befitting reply to the Hindutva leader.

Some feel she would be a more formidable opponent than Rahul 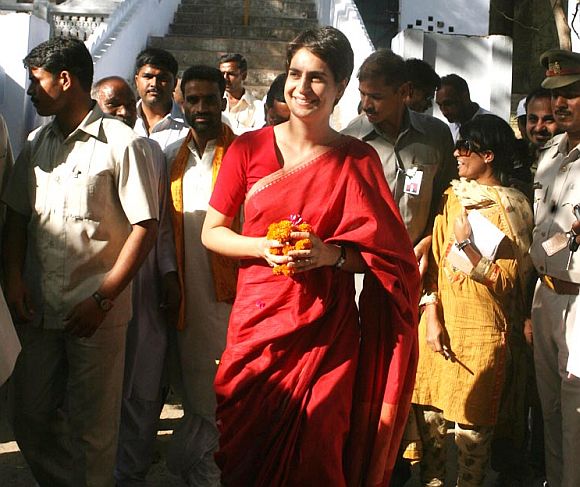 Rahul had raked up the issue of Bharti being an outsider in UP (she is from Madhya Pradesh), prompting the latter to say that Sonia is from Italy but contests from Rae Bareli.

Even those who are opposed to the Congress concede that she would be a more formidable opponent than Rahul but refuse to speak on record.

Some leaders, though discrete in their uttering, feel Priyanka is more to-the-point and also possesses the charm that would bring more youth and women under the Congress banner.

© Copyright 2023 PTI. All rights reserved. Republication or redistribution of PTI content, including by framing or similar means, is expressly prohibited without the prior written consent.
Print this
article