Sign in  |  Create a Rediffmail account
Rediff.com  » News » We erred, but Somnath Bharti did NOT, says AAP 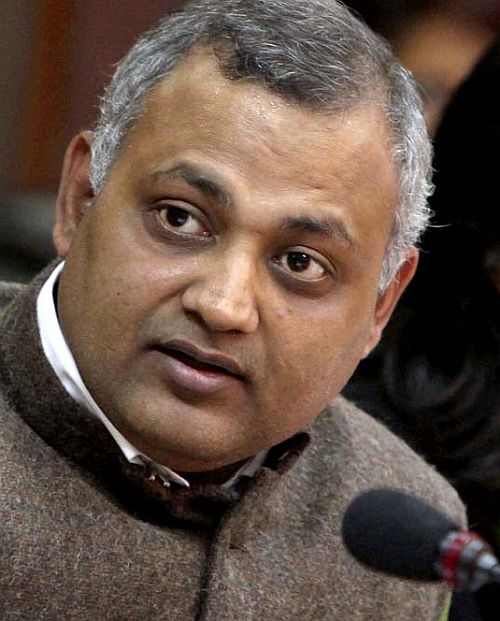 Amid demands for removal of Delhi Law Minister Somnath Bharti for the midnight raid episode, the Aam Aadmi Party on Friday came in his defence, saying he had sought action against the alleged drug and prostitution racket on the basis of "some evidence".

But, senior AAP leader Yogendra Yadav said it was a "mistake" on the part of his party not to have "cobbled" together the evidence supporting Bharti's action and put it in public domain to dispel the impression that he had acted without any basis.

"I saw the evidence myself.... I admit that the mistake was that we should have cobbled together all the evidence and put it in public domain and let the public view it. I think we allowed the mistaken impression to persist for 4-5 days, which was an error," he told Karan Thapar in Devil's Advocate programme on CNN-IBN.

Asked if Bharti would have been exonerated had the evidence been put out, Yadav said, "Not exonerated. Prima facie actually there is no evidence for all the things that are being put out (against Bharti)."

Asked if party was adopting double standards in removing Bharti from his office while it demanded suspension of the police personnel, he said an independent judicial inquiry has been ordered by the Lt Governor into the allegations of racism.

There have been demands for the sacking of Bharti after a Ugandan woman identified Bharti as the one who led a group of AAP workers in attacking their house and misbehaving with them on the pretext of a raid on an alleged drug and prostitution ring in South Delhi last week. 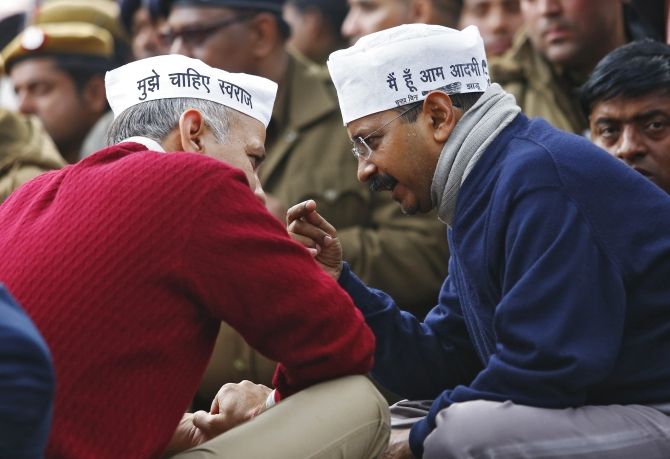 "Fortunately in this case, there were four cameras watching all the evidence."

On the availability of CCTV cameras showing evidence against Bharti, he said, "I want to see the footage that shows him indulging in racism or abusing those women."

To a question whether his party's standing has fallen after the protests which 'paralysed' the city, the AAP leader said, "On that I am not sure... Most channels throughout the dharna carried out sms polls, which I don't credit much, but my impression is that there was no poll which showed a support of less than 70 per cent in terms of public support for the dharna."

He claimed that the "basic cause of the dharna was that the Delhi Police should be put under the Delhi government" and it was not a "climb down" when the party ended its protests after two policemen were sent on leave despite their demand for suspension of five cops.

Yadav also described an "absurdity" the control of Delhi Police being with the Central government and not with the state administration.

Yadav was on the defensive when asked about Chief Minister Arvind Kejriwal's threat to 'disrupt' the Republic Day celebrations by flooding Rajpath with lakhs of people.

He said the Delhi chief minister had questioned the way the Republic Day was celebrated and felt that it was a bit outdated to have a "Soviet-style" parade.