Sign in  |  Create a Rediffmail account
Rediff.com  » News » 'We are yet to build a security culture in our country'

'We are yet to build a security culture in our country' 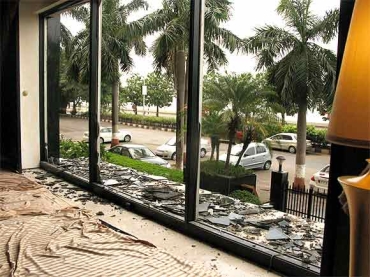 If single-minded terrorists want to carry out a deadly strike again, will our government and security agencies be able to tackle them, asks Sidharth Tyagi, one of the many Mumbaikars who were singed by 26/11

A delayed bill at the restaurant of a five-star hotel had almost changed Sidharth Tyagi's life.

As he had waited for the delayed bill at a restaurant in Trident, south Mumbai, two terrorists had stormed in and started firing at the people inside. It was the unforgettably horrific night of November 26, 2008.

In the ensuing mayhem and confusion, Sidharth and some of the other diners ran upstairs. But they couldn't go very far. The terrorists soon caught up with them on the staircase. The two terrorists first separated the men and the women. They rounded up the men and then, as Sidharth puts it, "executed them". The women were killed a few hours later.

Sidharth, who was shot in the hand, survived. He, along with a few other survivors, sought refuge in a room at Trident. After almost 40 hours, they were rescued by the National Security Guard personnel.

It has been three years since 26/11 hit us in the guts with the force of a sledgehammer. For many, the physical injuries have healed but the emotional scars remain. They always will.

'So many people lost someone they love' 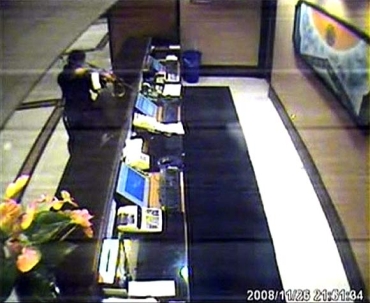 Image: A terrorist aims his weapon at a desk in Trident-Oberoi hotel in this image taken from the hotel's CCTV video footage
Photographs: Reuters

Sidharth is, understandably, reluctant to talk about the ordeal. "What is the point, it has been three years," he asks laconically.

"So many people lost someone they love. So many people were gravely injured and so many of them probably still need financial help," he points out.

Sidharth has indeed moved on, but what bothers him is the ease with which our leaders and security agencies have put 26/11 behind them.

After cutting off all ties with Pakistan post 26/11, India is now trying to thaw the ice and talking about reducing the "trust deficit" between the two nations. But, rues Sidharth, nothing much has been done to right any of the wrong, other than mere "lip service".

'We need to learn to protect ourselves' 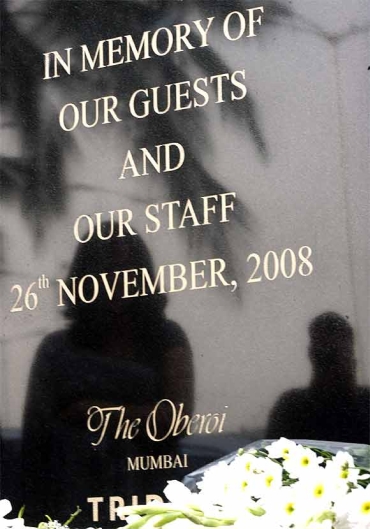 Kasab, who was caught red-handed after he killed many people that night including a policeman, is today the most protected man in Mumbai.. The real masterminds of 26/11 -- terrorists like Hafiz Saeed and Zakiur Rehman Lakhvi -- have still not been prosecuted.

"We keep on blaming others. Only blaming Pakistan or others will not help us. We need to be prepared inside the country, have a security culture. The government has to send out a message to the terrorists that we are ready to tackle them. It also needs to tell us what is being done to enhance our security. As a country, we need to learn to protect ourselves," he says.

Citing the example of the 13/7 serial blasts that claimed 23 lives in Mumbai, he says, "Someone just wanted to plant the bombs. Till date, in spite of so many terror strikes, we have not installed CCTVs in crowded areas that are likely to be attacked".

Sidharth raises a very pertinent question: what exactly are the steps taken by the authorities to deter terrorists and their ungodly plans against the people of India. A greater transparency about the government's anti-terror plan will not only assure the citizens, it will also send out a dire warning to the plotters of terror.

'It was a humbling experience' 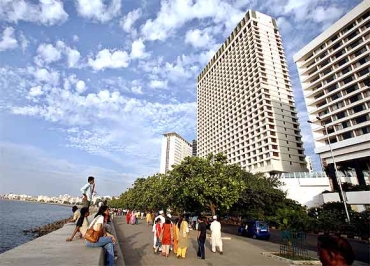 Image: The facade of the Trident-Oberoi hotel in Mumbai
Photographs: Jayanta Shaw/Reuters

That night, he remembers, the police generally were "under-prepared" to deal with the situation, save some individual acts of bravery from policemen. The public deserves to know why there was a delay in getting the NSG, he says.

"Had they come earlier, some more people could have been saved," he believes.

At the same time, he hails the courage of the NSG men who had walked into the hotel to flush out the holed-up terrorists and rescue those trapped inside.

"It is not easy to be in the line of fire. It is their job but that doesn't make it any less brave," he says.

Memories of that day do haunt him at times, admits Sidharth, but adds that the experience has made him much stronger.

"It has made my perspective on life -- on dealing with its ups and downs -- different. I don't get bothered by small things too much. A lot of issues pale in comparison," he explains.

"I could see and hear people dying around us. It was a horrific end for people around me -- many of them rich and powerful.   It was a humbling experience," he says.