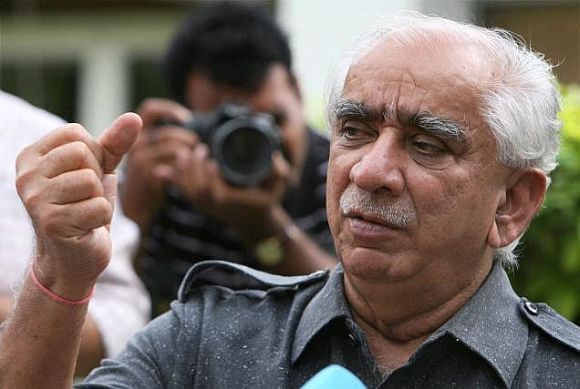 Nominated as the National Democratic Alliance candidate for the Vice President election, Bharatioya Janata Party leader Jaswant Singh on Monday said he would reach out to the non-NDA parties including United Progressive Alliance partner Trinamool Congress for their support.

"I will talk to all non-NDA parties for support. I will talk to Mamata Banerjee also," 74-year-old Singh told reporters soon after his nomination was announced by the NDA.

On both Mamata Banerjee and Tamil Nadu Chief Minister Jayalalitha being 'non-committal' on the Vice Presidential election, he said, "I will surely talk to both of them."

'It's wrong to use words such as war' 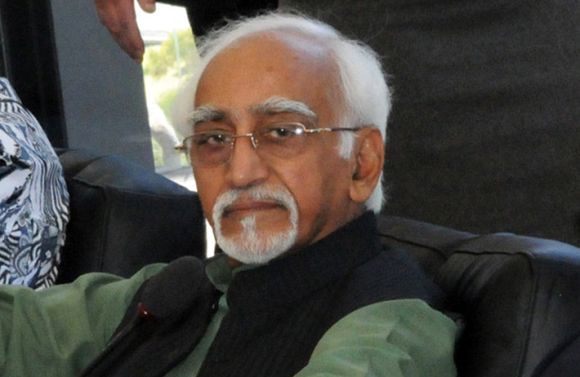 Asked if he felt that the contest was in favour of incumbent and UPA nominee Hamid Ansari, Singh said, "It is wrong to use words such as war... I don't agree with these assumptions. If the NDA is trying to expand its base through me, what is wrong in it."

He said the post of the Vice President is "second-biggest" in the country and "it is a big challenge for me. I am humbled and it is a great respect for me."

The BJP MP from Darjeeling stated that he was not concerned whether he was the "first or the tenth NDA candidate" for the post and said, "It is a positive sign that I am the consensus candidate of the NDA. NDA is still together."

Reminded about his expulsion from the BJP in 2010 and asked if his nomination was an attempt by the party to honour him, Singh said, "It is better to forget the past and move ahead... I think honour is inherent."

Asked whether contesting the Vice President poll was an effort to stay away from active politics, he said, "How can you reach that conclusion. I am still alive."

Tags: PHOTO , MORE , TOP
More
© Copyright 2022 PTI. All rights reserved. Republication or redistribution of PTI content, including by framing or similar means, is expressly prohibited without the prior written consent.
Print this
article
ALSO
READ