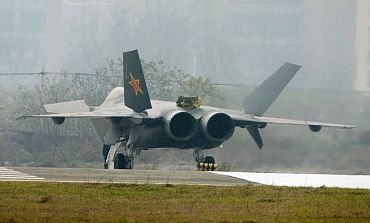 Image: A Chinese stealth fighter is seen in Chengdu, Sichuan province
Photographs: Reuters
Despite its latest test flight of stealth jets, China still has a "long road" to travel before it actually deploys the J-20 fighter in good numbers, America's top defence official has said, asserting that the United States will maintain a much bigger fleet for years.

The buzz around China's military buildup notwithstanding, the US will continue to have a clear lead in its fleet of top-end fighter planes, Defence Secretary Robert Gates told lawmakers.

"I think China has got a long road in front of them before this becomes a serious operational aircraft in any numbers," Gates said testifying before the Senate Armed Services Committee. 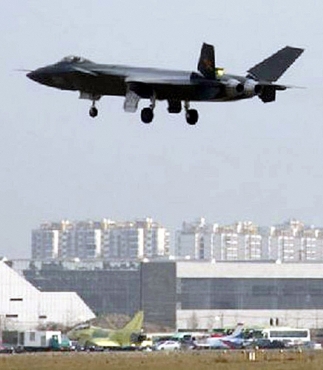 Image: An aircraft reported to be a Chinese stealth fighter is seen in Chengdu, Sichuan province
Photographs: Reuters
When I was in China, Chinese President Hu Jintao rolled out the red carpet and the People's Liberation Army rolled out the J-20. They may have flight-tested it half a year, a year or so before our intelligence estimated they would," Gates said, but quickly added that it will be quite a while before they have any numbers of the jets.

He pointed out that the latest estimates on the Chinese side would be that by 2020 they might have 50 J-20 jets deployed and by 2025 an estimated 200. 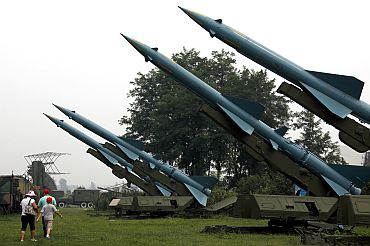 "The idea that in combination with other dimensions of PLA capabilities that this could constitute a broader anti-access or area-denial threat to the region, be that Japan or the Philippines or their neighbours Vietnam or the Republic of Korea, can become a regional concern," Willard said.

He said it was important for China to be open and prepared for dialogue with the US and other countries in the region with
regard to the developments and its intentions.
More