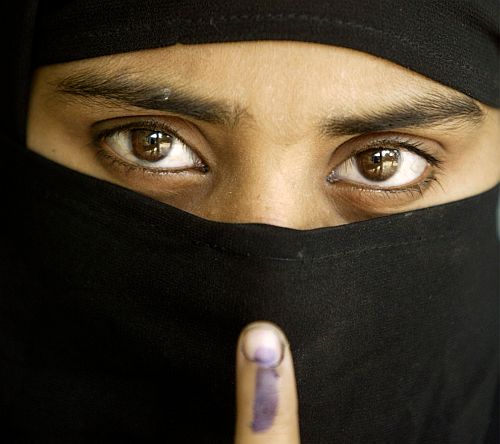 Assembly elections in Gujarat will be held in two phases on December 13 and 17, while polls in Himachal Pradesh will take place on November 4, the Election Commission announced on Wednesday.

Counting of votes will take place in the two states on December 20, Chief Election Commissioner V S Sampath said. The notifications for the two phases of Gujarat elections will be issued on November 17 and 23 and for Himachal on October 10.

"The Model Code of Conduct has come into operation from this very moment (with the announcement of polls). The EC will enforce it strictly and will monitor all activities related to the elections in these states," Sampath said.

According to the poll schedule, the last date for filing nominations in Gujarat is November 24 for the first phase and November 30 for the second phase.

After scrutiny on November 26 and December 1 for the two phases, the last date for withdrawal of candidature is November 28 and December 3 respectively.

Sampath said, "The schedule of elections has been prepared keeping in mind the climatic conditions, academic calendar like exams, festivals, law and order situation as well as availability of security forces and the time needed for their movement."

The EC will also ensure videography of the entire poll process. It will also issue voter slips to the voters ahead of polls. 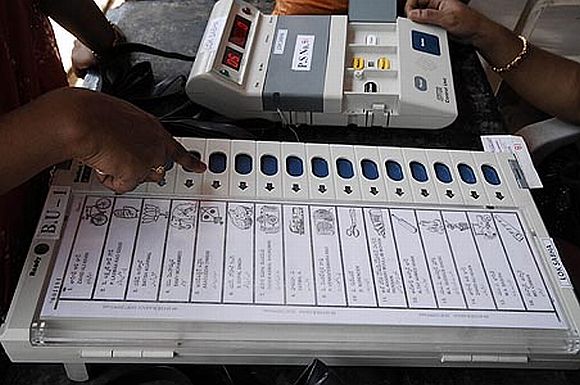 The CEC said the Commission will monitor the expenditure made by political parties and candidates during campaigning and will keep a stricter tab on paid news this time.

The EC has also directed the candidates to open a separate bank account before contesting the poll and money will have to be spent from that account. The Commission has also simplified the filing of affidavit by candidates along with nominations.

Fresh guidelines have also been issued to the state for posting out all officers from their home districts during the conduct of polls and posting out all such police officers above the rank of sub-inspector who have completed three years in their posting.

Policemen facing charges of any kind and censured by the EC in the past will also not be given any poll duty, the CEC said.

"We are making fool-proof security arrangements for these polls and state police from different states will be deployed," the CEC said.

The home ministry has conveyed to the Election Commission that it would make available 52,000 paramilitary personnel for Gujarat elections, even as 55,000 policemen from state police will be deployed to ensure peaceful polls.

Sources said the home ministry will also make available nearly 6,000 paramilitary personnel for deployment in Himachal Pradesh, where more than 14,000 personnel of state police will also be deployed during polls.

Fearing use of money power in Gujarat, the commission is engaged in identifying the number of "expenditure sensitive" constituencies in Gujarat.

The EC will use Electronic Voting Machines during these polls, the first level checks for which have already been done. The electoral rolls used for these polls will have January 1, 2012 as the qualifying date, said Sampath.

To enable voters whose names were left out earlier, the Commission organised a special summary revision of rolls after Booth Level Officers went door-to-door recently. 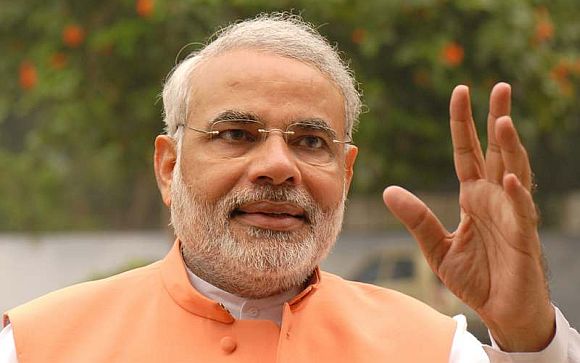 The EC held its full meeting -- chaired by CEC V S Sampath and attended by Election Commissioners H S Brahma and Nasim Zaidi and other officials – on Wednesdy morning before finalising the poll schedule.

The EC has also put in place a complaint redressal mechanism, with the setting up of a call centre where anyone can call at a 1950 number and register their poll-related complaints.

"There shall be no appeal to caste or communal feelings for securing votes. Mosques, churches, temples or other places of worship shall not be used as forum for election propaganda," the EC said.

Both the states are politically sensitive and the Bharatiya Janata Party and Congress have already launched their poll campaigns there.

BJP's Chief Minister Narendra Modi, who is seeking to stage a comeback for the fourth time in a row, has already launched his campaign in the form of a yatra.

The Congress party on Wednesday launched its poll campaign in the state with party president Sonia Gandhi addressing a farmers' convention at Rajkot on Wednesday.