Sign in  |  Create a Rediffmail account
Rediff.com  » News » This British woman wants to behead US, UK prisoners for ISIS 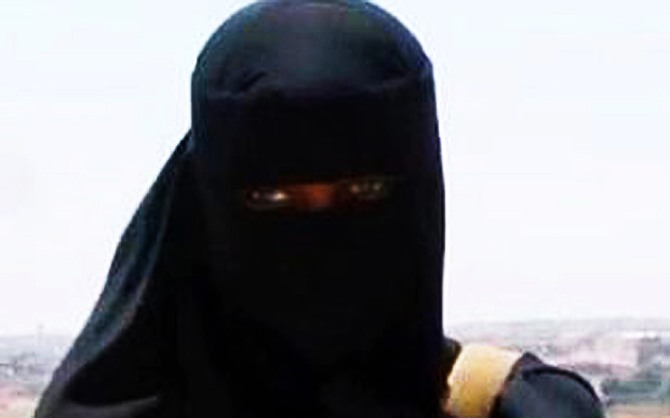 On Thursday while the whole world was condemning the brutal murder of American journalist James Foley by Islamic State militants, one particular person on social networking website Twitter was smugly rejoicing.

A young 22-year-old woman, who identified herself as Khadijah Dare, is so determined to enact jihad on behalf of ISIS that she has expressed her desire -- via social media -- to kill a British or American person.

The southeast Londoner, who moved to Syria in 2012 to join the anti-government fighters there, set Twitter aflutter by vowing to become the first female to behead a western prisoner in Syria

Dare's ostentatious remarks came on the day British Prime Minister David Cameron said that his government will redouble its efforts to prevent its citizens from becoming foreign fighters in Iraq and Syria.

She wants to be the first woman executioner in ISIS ranks 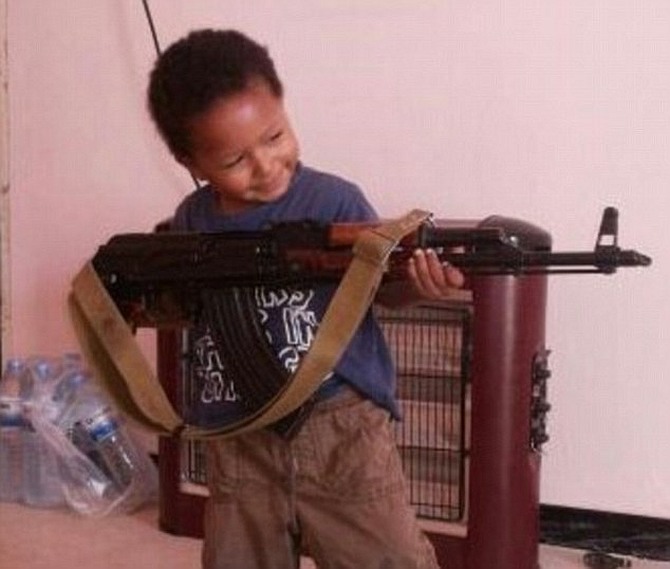 The BBC reports that there are an estimated 400 British fighters in the ranks of the Islamic State militant group aka ISIS.

At least 69 people suspected of Syria-related jihadist activities have already been arrested in the United Kingdom.

One of her shocking tweets reads: “All da people back in Dar ul kufr [land of disbelievers] what are you waiting for ... hurry up and join da caravan to where the laws of Allah is implemented.

Another of her tweets says, “No one from Lewisham (her hometown in southeast London) has come here apart from an 18-year-old sister shame on all those people who afford fancy meals and clothes and do not make hirja. Shame on you.”

According to a report in British daily The Mirror, Dare is believed to have converted to Islam in her mid teens and began attending a mosque linked to the killers of Lee Rigby, the British soldier murdered on a South London street last year.

She became a regular at the Lewisham Islamic Centre, a run down brick building attended by Michael Adebolajo and Michael Adebowale, the barbaric pair who ran down and attempted to behead Drummer Rigby as he made his way back to his barracks in Woolwich, the report said.

In between posts praising Islamic terrorists and asking for advice on how best to teach her young son the Koran, Dare has posted pictures of the heads of beheaded men on railings, believed to be the murderous deeds of ISIS militants.