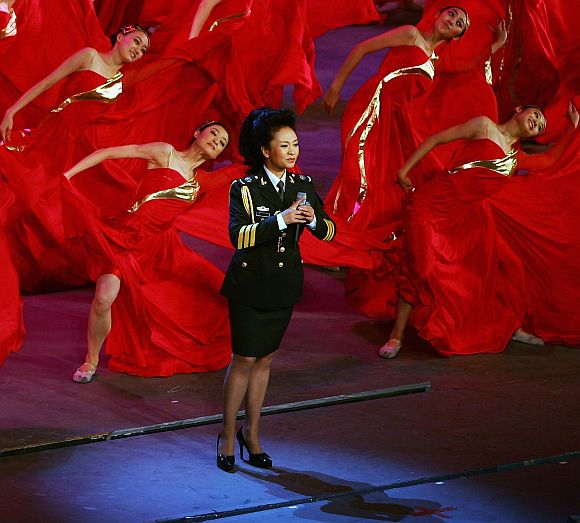 Image: Vocalist Peng Liyuan, wife of Xi Jinping of the Central Secretariat of the Communist Party of China, sings army's song during the 'Red Army Flag' theatrical evening at the Great Hall of the People on July 30, 2007 in Beijing
Photographs: Feng Li/Getty Images

Peng Liyuan is special, really special. For in a country where the wives of ruling class rarely overshadow their spouses, Liyuan is surely scripting history.

Liyuan, the First Lady of China, is a celebrity in her own rights. She is a hugely popular folk singer who has been more famous than her husband, Xi Jinping for most of his career.

She starred for 24 years in an annual Lunar New Year gala broadcast on state television that was watched by hundreds of millions of viewers.

But there are other facets about Liyuan, whose name means "Beauteous Beauty" in Chinese.

She was the youngest civilian to become a major general in the People's Liberation Army and has served as the World Health Organisation's goodwill ambassador for HIV/Aids and tuberculosis. 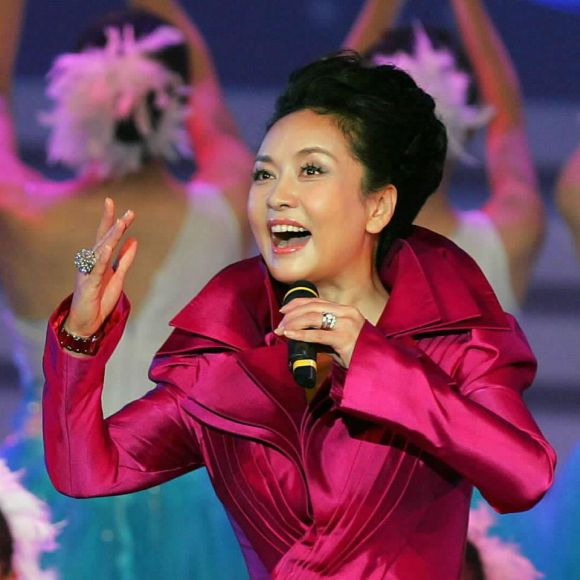 She and her husband have been married for over 25 years and, according to multiple accounts, it took only 40 minutes for Jinping to decide that Liyuan was the lady he wanted to marry, when they were first introduced by a mutual friend in 1986.

Liyuan has certainly been forthcoming in her praise for her husband, discussing their relationship in an unusually candid style. "When we first met, I felt in my heart that this is the ideal husband of my dreams -- straightforward and honest and thoughtful," she told People.com in February.

There has been much media speculation on Liyuan's future role as the First Lady, as the country's leaders have by and large kept their wives out of the public eye since the days of Chairman Mao. 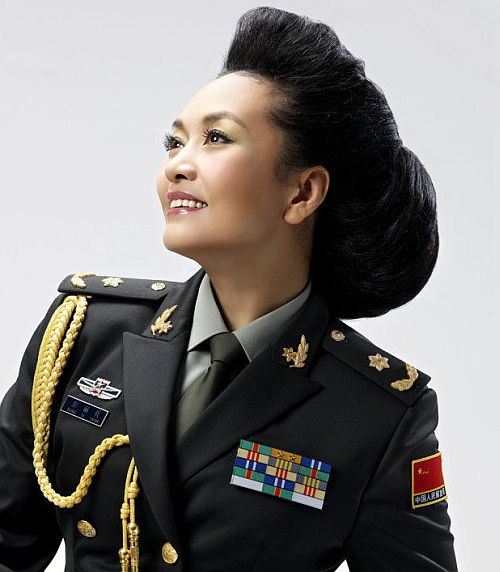 In line with China's strict censorship policy, much of the information online on Liyuan has been blocked off.

A semi-official biography posted on Chinese web portals tells how Liyuan comes from an area in the eastern province of Shandong known for its peony flowers -- she was nicknamed the "Peony Fairy" by her admirers -- and joined the army at the age of 18.

She began as an ordinary soldier but began performing at PLA shows to boost troop morale.

In the 1980s, she was one of the first people to take a master of arts in folk music in China, and her professor has spoken of her dedication to her studies. She has since performed in 50 countries. 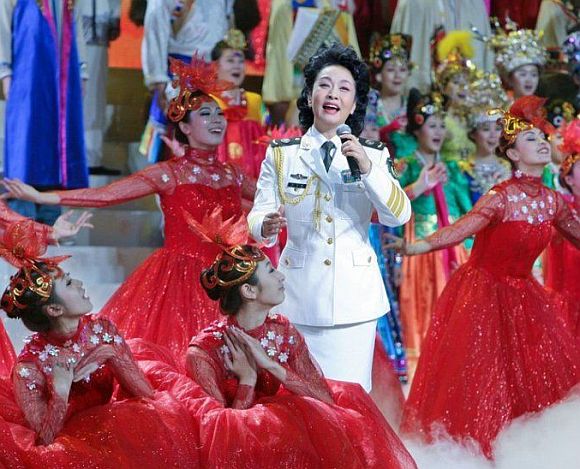 William Wan of the Washington Post wrote of Peng, "According to people who have met her, she exudes an easy grace, a confident grasp of conversational English and a seemingly sincere heart for charitable causes. 'If this were the West, one would say she has the perfect requirements for being a leader's wife: beauty, stage presence, public approval,' said one party intellectual, who spoke on the condition of anonymity to avoid jeopardizing his work teaching future government officials at party schools. 'But things are different in China.'"

That's obvious because China has not had the easiest of relationships with women who have married into power. The most recent example being Gu Kailai, wife of former politician Bo Xilai, who was found guilty of murdering a British businessman. 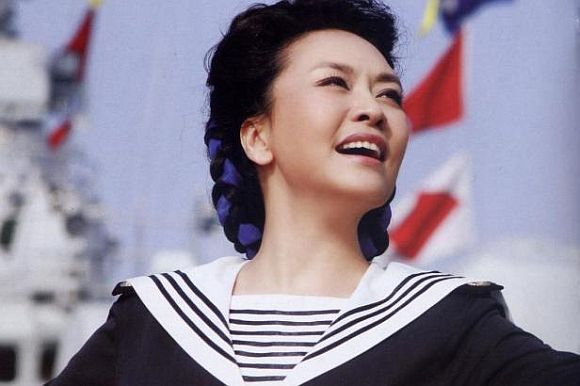 Analysts believe that Liyuan can help Jinping have a 'less dull image' than Chinese politicians usually do.

The wives of China's leaders have kept low profiles since the downfall of Mao Zedong's last wife Jiang Qing in the 1970s.

However, many in China believe that she will not just add glamour to a position kept obscure for decades but will also be a positive and dynamic female role model, a welcome addition to China's political circles.

Liyuan though has kept a low-profile since her husband's promotion, suspending all television performances and limiting herself to charity work. 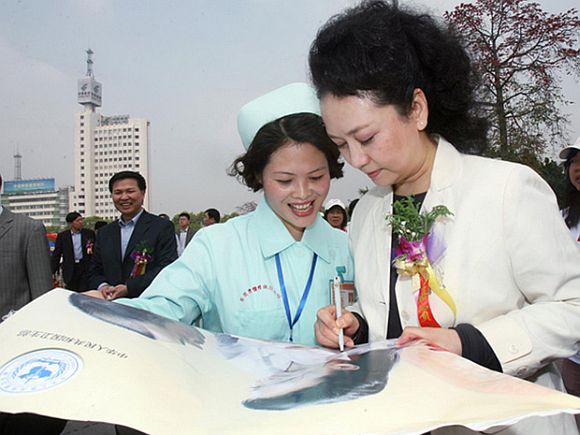 Talking of charity, Liyuan's first public appearance since the 18th CPC National Congress where her husband Xi Jinping was elected General Secretary of the party, came in a promotional activity in Beijing for the World AIDS Day on December 1 during which a 7-minute charity video featuring her and a group of AIDS children named Forever Together was released.

Liyuan, who has been the WHO Goodwill Ambassador for Tuberculosis and HIV/AIDS since 2011, was seen playing the piano, painting and having fun with the HIV-infected children who had come to Beijing from across the country to film the video as part of an "anti-discrimination" campaign calling for people's care and love for the AIDS-affected group, particularly children.

She also sang the theme song, People Who Love you in the video. 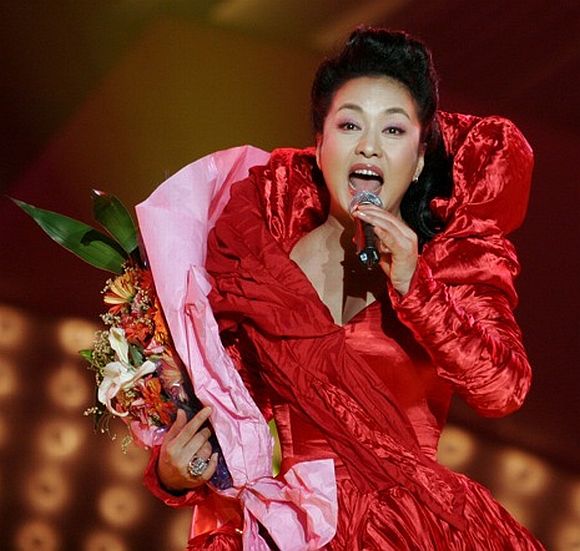 The Chinese are yet to come to terms with the concept of First Lady.

According to a report in The Atlantic, the Chinese political establishment may be rethinking Liyuan's role.

She will reportedly host her own speaking engagements at the BRICS summit.

And Liyuan could also help the Communist party dispel its image as privileged, corrupt, and out of touch.

Yet, summing up in the words of Julie Makinen of the LA Times, crafting a public role for Liyuan will require image makers to delicately navigate millenniums-old suspicion of women near the centre of power in China, the party's own squeamishness about making officials' private lives public, and a gossipy media culture increasingly critical of elites' lifestyles and behaviour