They feed over 1.3 million kids across 8 states 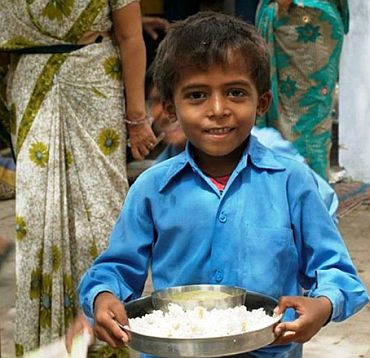 Among the things Nitin Nohria had discussed with Harvard President Drew Faust on his way to being named as dean of the Harvard Business School in May was that Nohria would get off various advisory boards so that he could give himself fully to the 100-year-old HBS.

He broke that pledge a few weeks ago -- he agreed to join the advisory board of the Akshaya Patra Foundation, which feeds over 1.3 million children in eight Indian states through the academic year.

When Nohria received the request to join the board from Gururaj 'Desh' Deshpande, the distinguished entrepreneur and the chairman of Akshaya Patra USA, Nohria reached out for the standard form letter expressing his regret in turning down the offer.

It runs on donations and govt subsidies 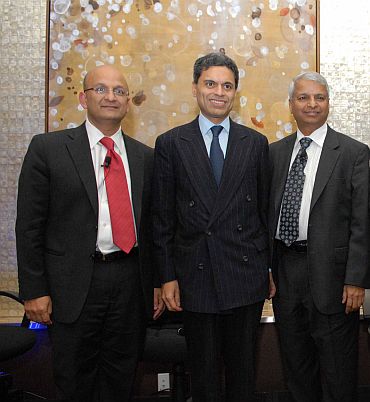 But he changed his mind for two reasons, he revealed at a fundraising event for the organization in New York two weeks ago. He remembered his father K K Nohria recalling his student days in Punjab where he grew up in an area with two schools, one in his village and another one about 2 miles away.

He had attended the farther school, often walking to it, because it served hot free meals. K K Nohria, who would lead Crompton Greaves as its chief executive officer, never forgot how hunger pangs can deter children's educational goals.

Akshaya Patra, the largest non-governmental organisation of its kind in the world whose motto is 'No child in India shall be deprived of education because of hunger', runs on subsidies by state governments and donations generated by thousands in India and America.

Madhumita Parmar, 16, from New Jersey, raised $10,000 for the NGO recently through her dance performance.

'Akshaya Patra is a success story of scale' 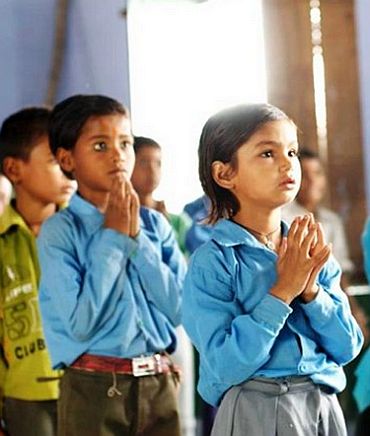 The second reason Nohria consented was because of Akshaya Patra's business model.

At Harvard, the professors and students evaluate business models year after year, and in studying the Akshaya Patra model, Nohria had found 'a rare model' that combined private and governmental resources.

'Akshaya Patra is a success story of scale, efficiency and effectiveness,' he said. 'The debilitating effects of lack of schooling and illiteracy need to be addressed immediately. I applaud this public-private partnership that is aggressively addressing this important challenge facing India.'

He said thousands of parents across India wrestle with the dilemma: 'Should I educate my child or feed my child?'

Many, Nohria continued, opt to feed the child 'and that means making that child work; but what if you can feed and educate your child? Akshaya Patra does just that.'

The organisation, Nohria said, was nothing but a major corporation. 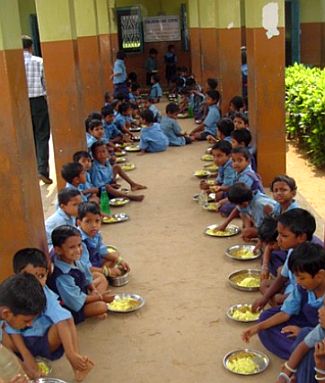 'To feed 1.3 million children for most part of the year, and that too give them nutritional means is not a small thing,' he said. 'And we see the results day after day. Students are studying harder in these schools, and the dropout rate is minimal.'

The organisation, he asserted, has won the trust of the parents and people at large because it has striven to be transparent.

'Many people do not realise that you can feed a child with just about $28 throughout the year through Akshaya Patra,' he said.

In fact, the cost is $11.50 considering the subsidiary by governments, which absorb about 63 per cent of the organisation's costs. The money one would be donating to educate a child will be about the cost of a big pizza from a good restaurant, he said. And pizza may not really be good for your health, he added with a chuckle.

'We have machines that can prepare 40,000 chapattis in an hour' 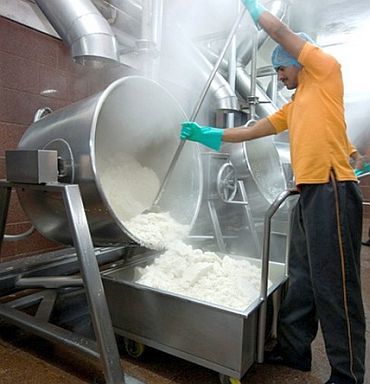 The centralised model is technology intensive, the organisation points out. Mechanisation has minimised human handling of food to ensure high standards of hygiene and cleanliness, Sridhar has said.

'In Hubli (Karnataka), we prepare 185,000 hot, steaming and nutritious meals in just about five hours,' she said. 'We have machines that can prepare 40,000 chapattis in an hour.'

The decentralised kitchens need trucks to transport the food into the remote areas, she added, and a significant amount of the money raised would be used to buy specialised trucks.

The Akshaya Patra Foundation has won many awards in America, including the Microsoft Education Awards. 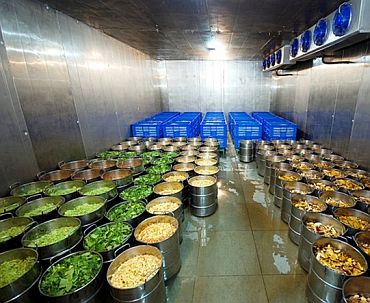 Last year, former President Bill Clinton commended Akshaya Patra during his keynote address at the PAN IIT conference in Chicago and suggested that a similar programme could be started in the earthquake-ravaged Haiti.

Sridhar, who announced recently the formation of an advisory board, said it would 'help the organisation achieve its next goal of feeding 5 million school children.'

The organisation reached its first milestone of serving a million children daily in 2009, ahead of schedule, she said. 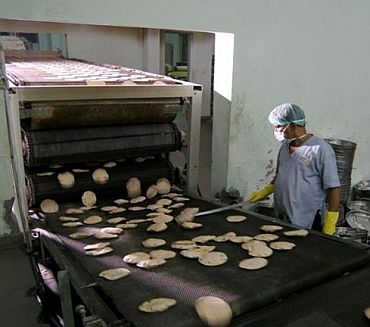 Zakaria joined Deshpande and Nohria at the New York fundraising event, and stressed the importance of alleviating hunger and advancing education. Referring to the continuing concern over Al Qaeda recruiting young people, he said though a few of its leaders came from affluent and educated families, most recruits had little education and job prospects.

He cited the confession of Ajmal Kasab, the terrorist arrested during the Mumbai attacks of November 2008, in which the Pakistani revealed he had been sold to an extremist group.

The money was used to marry off one of Kasab's sisters, Zakaria recalled.

In China, Zakaria said, things happened because of the government; and in India, despite the government. That was why, he added, it is heartening to see Akshaya Patra emerge as a groundbreaking model for the public sector, private sector and civil society work collaboratively.

'Akshaya Patra is a success story of hope, fairness, justice' 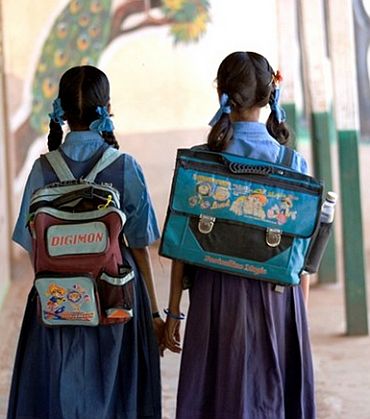 Deshpande asserted: 'Magic happens when accomplished leaders come together and challenge each other to raise the aspirations of the organisation.'

Though the strength and number of Akshaya Patra is growing phenomenally, the organisation, which is about five years old in America, has to grow tremendously in this country, Deshpande said. America accounts for less than 10 percent of funds raised for Akshaya Patra.

'We are not giving handouts,' Deshpande said. 'We make it very clear that students should excel and set examples, and inspire other students. With nutrient food, they grow healthy and are able to focus on studying.'

The organisation was started with the help of the Hare Krishna movement in Bengaluru with one school. The story of Akshaya Patra is 'a success story of hope, fairness, justice and opportunity for all children,' said Murthy.

The organisation is not looking for just donations but also volunteers who could advise the organization and even work in its kitchens. Sridhar said: 'Next time you go to India you must make a visit to our kitchens and meet with the school children and the teachers. Your commitment will become even stronger."