Image: Former telecom minister A Raja had to resign over the spectrum scandal

India regularly ranks among the most corrupt nations in the world. Everyday, the headlines scream about senior government officials or legislators being caught with their fingers in yet another corrupt pie.

Is there a way to end this vicious circle of corruption that has spread its diseased roots into our nation's hallowed institutions?

Rediff.com's Vikash Nanjappa asked Justice N Santhosh Hegde, the former Supreme Court judge and the current Lokayukta of Karnataka, on what could be done to defeat corruption before it corrodes the very foundation of India. 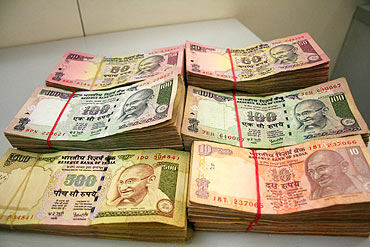 Image: The government which rules the least, rules best

Cut red tape: This is a huge problem that we face today. For example, when a person has to buy a piece of land, he has to go through at least 20 channels before the deal is struck or the land is registered.

Each government official involved with the deal is aware of its importance and tends to demand a bribe, so the person ends up paying each one of them.

The lesser the procedural hassles, lower will be the level of corruption.

A very important factor in controlling corruption is to cut the red tape (in such deals).

The government which rules the least, rules best.

Detection: No case of corruption can ever be fought unless it is detected by the authorities. The mechanisms to detect corruption should be put in place.

A lot of cases go undetected and this helps the corrupt go about their shenanigans with ease.

Criminologists should put in place a solid and effective mechanism which would help detect such cases easily. Only then can the fight against corruption begin.

This particular aspect is completely lacking (in India) and there is a need to act soon. Image: The Supreme Court of India. Picture used for representational purpose only

Disposal of cases: The courts have a major role to play in curbing corruption. A speedy disposal mechanism ought to be in place.

Corruption cases drag on for years. In many cases, the person facing corruption charges retire (while the trial drags on) and a verdict at such a time make no difference to them.

Such cases should be disposed of within six months.

A verdict ought to be delivered while the accused is still in service so that it affects his career.

If cases are going to drag on for eternity, then there is no logic in even fighting them.

Change procedural laws: The existing laws are not sufficient at all. There are way too many loopholes and an accused can get away in the existing set-up. We need stringent laws similar to the Prevention Of Terrorism Act to deal with corruption.

Social attitude has to change Image: There is a lack of social stigma today about corruption cases

Benefit of the doubt: This is one factor that should be eliminated in corruption laws.

If this factor is eliminated, then the accused will be on the backfoot and will find it very difficult to get away.

I am not suggesting that the accused should not be entitled to a fair trial. All I am saying is that he should not have the huge advantage of benefit or doubt in the early stages.

Change social attitude: I witness something shocking among the general public.

There is a lack of social stigma today (about corruption cases).

Come out in the open and expose people who are corrupt 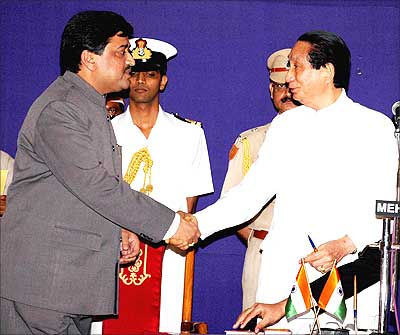 Image: Former Maharashtra chief minister Ashok Chavan, who quit over the Adarsh scam, in happier times
Photographs: Sandeep Mahankal
More institutions with more powers: There is clearly a lack of institutions that can fight corruption in our country.

There is a need for more institutions and one Lokayukta for every state is just not enough.

Such institutions should be set up, given more powers and should be manned by persons who have a desire to fight corruption.

Public participation: The public cannot just be bystanders. There is no point in cribbing about corruption.

Come out in the open and expose people who are corrupt.

There is no point in being scared or even offering bribes to get your work done. There should be more participation from non-governmental organisations as well.

Convicts should be barred from holding public office for life 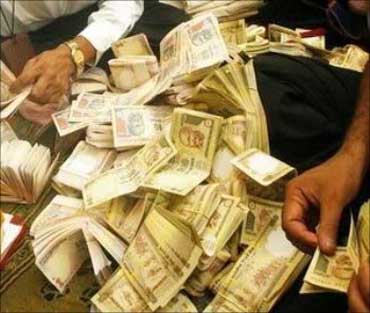 Image: In addition to moral science, civic sense should also be taught in schools

Moral science: In school, I attended classes on moral science. I don't know why that is not part of the syllabus today.

In addition to moral science, civic sense should also be taught in schools.

No reinstatement: Once convicted in a case of corruption, a person should be barred from holding public office for life.

While there is a rule barring government officials from assuming office after being convicted, the same rule should apply to politicians as well.

If there is a pending corruption case against them or they have been convicted, they should not be allowed to contest elections.