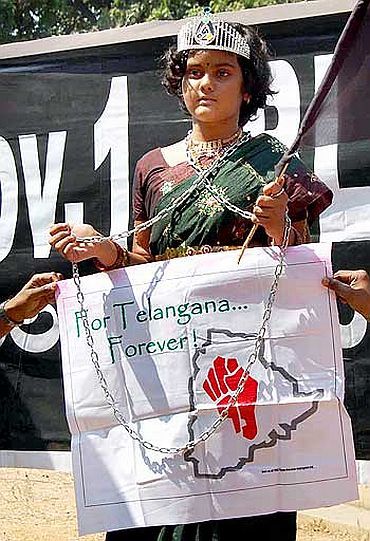 Andhra Pradesh is facing a constitutional crisis today. The decision by 32 Congress legislators to resign over the demand for a Telangana state has rolled the ball right into the Centre's court.

Following Monday's development, there are three options before the Union government on the issue.

At the moment, leaders from Telangana, especially the Congress, do not seem to be in any mood to accept any solution except for the creation of Telangana. 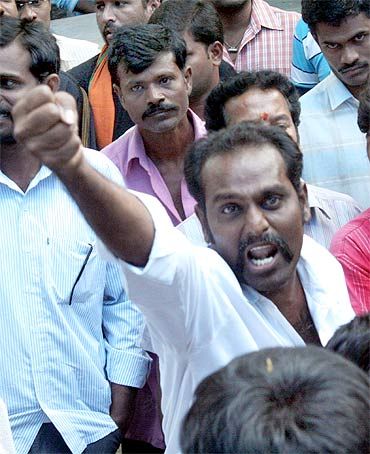 The pressure is building on the Union government and it is aware that the Congress government in the state will be reduced to a minority if the resignations are accepted.

Adding to the pressure is the resignation of all the ministers who are from the Telangana region in Chief Minister Kiran Kumar Reddy's cabinet.

There are issues which the Centre will have to take into account in this case.

1) It could just remain quiet and continue to let Reddy govern with a simple majority, which could be attained with the support of the the Majlis e Ittehadul Muslimeen and also the Praja Rajyam Party. The Congress could just make it, as with the resignation of 70 MLAs, the strength of the house too comes down. 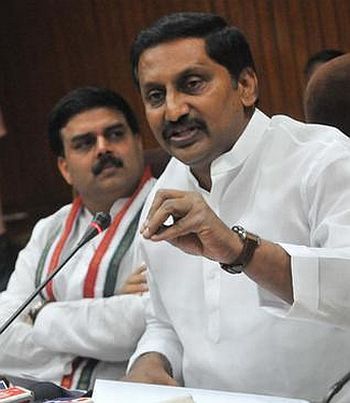 However sources say that this is not an option that they would like to take, as it becomes embarrassing for the government to rule when there is no representation whatsoever from 9 districts of Telangana. It amounts to a constitutional crisis and under the law a dissolution of the House can be sought.

2) The other option is to keep the resignations in abeyance. However, this could be done for a couple of days and soon they will have to act upon it.

During the meeting later on Monday, the Centre will try and convince the MLAs to re-consider their decision.

Sources say that the option of declaring a separate state is the last option that the Centre is looking at. 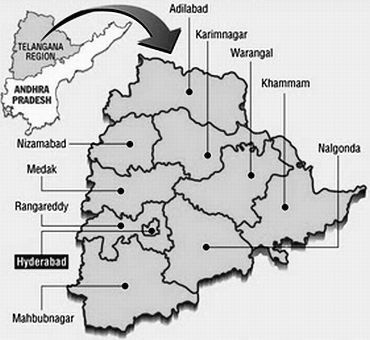 Although the Congress has been stung by the Jagan Mohan Reddy factor where Andhra and Rayalseema are concerned, the party would want to wait a while before taking that factor into account. The reason -- there are still three more years for the government's tenure to end.

However, the Centre will need to take a decision soon. If the present deadlock continues, it will have no option but to recommend President's rule in the state, which would force fresh elections. The Congress is the only party in Andhra Pradesh, which would not want an election at this time.

Meanwhile, K Jana Reddy, senior Congress leader from Telangana region and state Panchayat Raj minister, has said that the resignations by legislators reflected the sentiments of the people of Telangana. 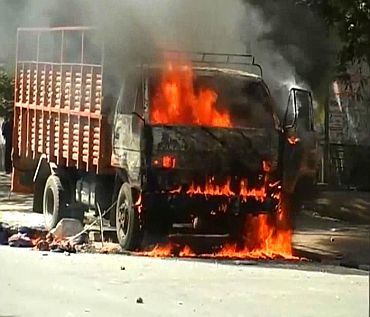 Speaking to the media persons after 36 Congress MLAs, including 11 ministers, tendered their resignations, Jana Reddy said that they were forced to take this step as there was no response from the central government to their demand for Telangana state.

"We have taken this step only after informing the high command and giving ample time to them to solve the problem," he said.

Jana Reddy who was instrumental in mobilising the resignations of most of the ministers and the legislators from Telangana region said, "Our fight for Telangana's self respect has begun."