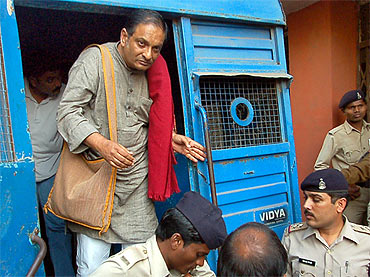 The Supreme Court on Friday granted bail to rights activist Binayak Sen, who has been convicted and sentenced to life imprisonment by a Chhattisgarh trial court for sedition and helping Naxalites to set up a network to fight the state.

The apex court said it was giving no reason for granting bail to 61-year-old Sen and left it to the satisfaction of the trial court concerned to impose the conditions for his release on bail.

A bench comprising Justices H S Bedi and C K Prasad passed the order on the petition moved by Sen challenging the order of Chhattisgarh high court denying him bail.

Ilena Sen, wife of Binayak Sen, told mediapersons that she felt extremely relieved at the developments in the apex court.

"I was holding my breath till the honourable court delivered its judgment and granted bail to my husband. The last four months have been very tense. The judgment by the trial court was unfortunate. I would not say that I had lost faith in the legal system, but it makes you feel tired and running out of patience," she said.

She thanked one of the judges who commented that 'finding works of Gandhiji with someone does not make the person a Gandhian,' while rejecting the case of sedition and Naxal links against Dr Sen.

"I have just started unwinding myself," she said.

She refused to comment on the legal implications as the case is still under sub-judice. "We would have to rush to Raipur and try to get him out of jail," she said.

With inputs from Onkar Singh 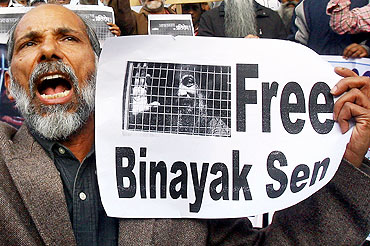 Image: A demonstrator holds a placard as he shouts slogans during a protest demanding for the release of Dr Binayak Sen, in Chandigarh
Photographs: Ajay Verma/Reuters

A doctor and a pass-out of the prestigious Christian Medical College, Vellore, Sen sought bail contending that the trial court erred in convicting him when there was no substantial evidence.

During the hearing, the bench observed that 'we are a democratic country. He may be a sympathiser (of Naxalites) but it did not make him guilty of sedition.

"He is a sympathiser. Nothing beyond that," the bench further said, perusing the affidavit filed by the Chhattisgarh government opposing his bail.

Senior advocate Ram Jethmalani, appearing for Sen, a doctor by profession, submitted in his affidavit that the state has been unable to point out misconduct on his part.

The bench also said that all the statements made by the state has no relevance. It said other documents and evidences produced by the state government including that he met co-accused Piyush Guha 30 times in a jail and pamphlets and documents relating to Maoist activities were recovered from his possession did not mean that he was involved in seditious activities. 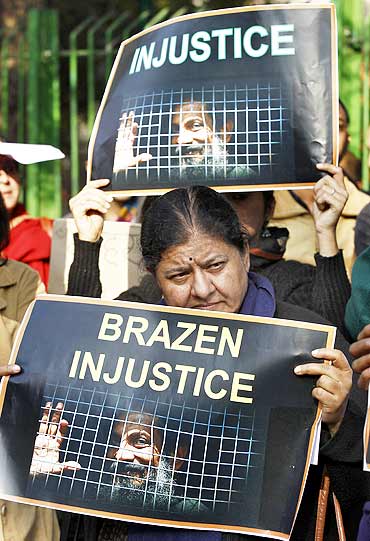 Image: Protesters hold placards during a protest against what they say is the unjust conviction of Binayak Sen, in New Delhi
Photographs: Reuters

However, senior advocate U U Lalit, appearing for the state government, said that no case is made out for the bail and submitted that the activities of Sen have to be seen in a broader perspective.

When the bench asked him whether his activities in any way connect to the offence of sedition, Lalit said, "My case has been accepted by the trial court and the apex court has only to consider whether he can be granted bail or not."

When the court asked him if there were any documents
backing the charge of sedition, Lalit said Sen visited the jail and exchanged documents with Guha and others.

However, this submission did not satisfy the bench, which said, "Visitors are screened and searched by the jail staff when they go and meet the inmates."

"The jailors are there to oversee all these things. So the question of passing letters or documents doesn't arise."

While granting bail, the bench said, "We are concerned with the implementation of the judgment as even no case of sedition is made out." 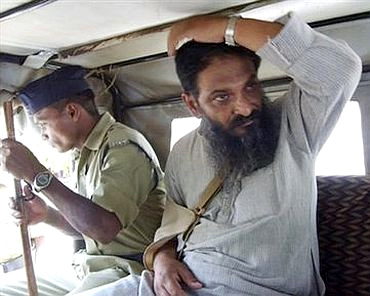 According to the state government, Sen helped Naxal leaders in arranging accommodation in Raipur and through his wife Elina Sen also helped open bank accounts of hardcore Naxalites Shankar Singh and Amita Shrivastava.

Vice-president of People's Union of Civil Liberties, Sen was, in December last year, convicted for sedition and sentenced to life imprisonment along with Naxal ideologue Narayan Sanyal and Kolkata businessman Piyush Guha for colluding with the Maoists to establish a network to fight the state.

Sen's conviction had drawn a sharp reaction from many quarters, including international human rights bodies.