Sonia kicks off campaign in UP, says Maya cheating people 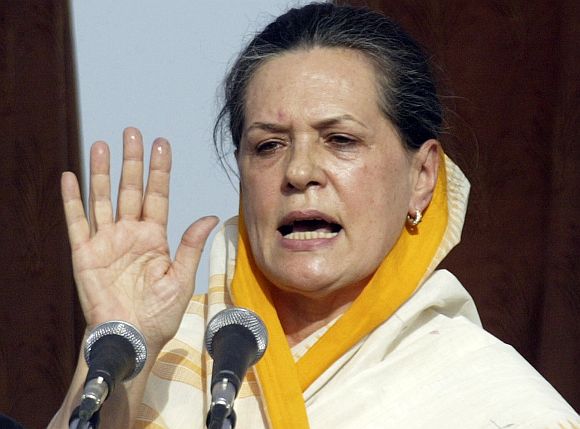 Kicking off her election campaign in Uttar Pradesh, Congress President Sonia Gandhi on Wednesday attacked Chief Minister Mayawati for dismissing her ministers on election eve and asked whether this has cleansed her government, while addressing a rally in Gonda.

"The present chief minister dismissed 21 of her ministers on election eve. She was not able to see their corruption in the past five years. I want to ask whether taking resignations made her government clean," Gandhi said.

"Is this not cheating the people...not an attempt to cheat the people," she asked.

'Non-Congress govts in UP have only filled their pockets' 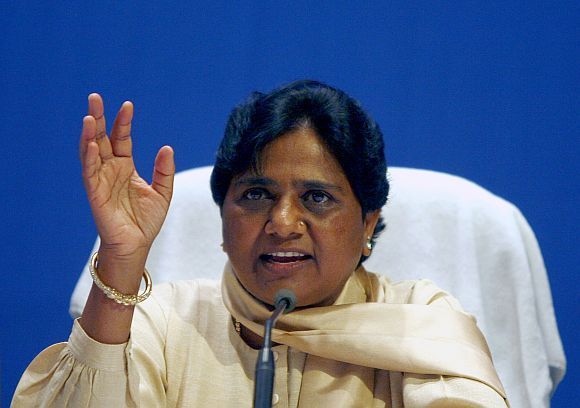 Lashing out at non-Congress governments over the past 22 years in the state, Gandhi said that they have all ruined Uttar Pradesh where there has been no one to hear their voices as people of these parties have been involved in misdeeds.

"These parties have done nothing for the state during their governments, they have, however, filled their own pockets", she said adding that though there had been a lot of change and development in the country and the world, UP has been ruined by these non-Congress governments.

Recalling the various coalition governments in the state, she said that though all these parties have joined hands for opportunism and are the same, she can bet that hers is the only political party which has never compromised with those dividing society.

The Congress president said that the security and honour of the common man is at stake in UP... there are problems all around.

Gandhi said that there is uncertainty in the state that an order might come by which the land of farmers might be acquired for the wealthy. 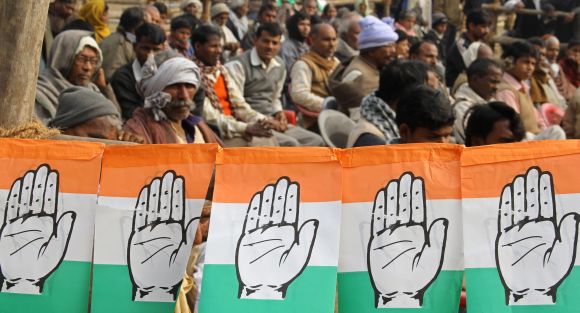 "It is only the Congress party for which the entire society and all sections are equal", she said adding that her party has done what it had promised and also followed its election manifesto.

Citing various schemes of the central government, she said that UPA government provided Rs 1 lakh crore to UP for implementing these schemes.

The Congress president promised that on coming to power in Uttar Pradesh her party would form the government which is of the common people, that of farmers, women, minorities and youth and is a transparent one.

She exuded confidence that the electorate would pay attention on these issues and vote for her party in the coming elections.

...
Tags:
More
© Copyright 2022 PTI. All rights reserved. Republication or redistribution of PTI content, including by framing or similar means, is expressly prohibited without the prior written consent.
Print this
article