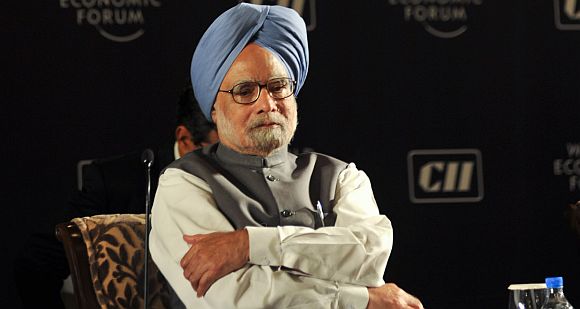 With Trinamool Congress chief Mamata Banerjee refusing to budge from her stand against the UPA government's decision allowing 51 per cent FDI in retail, the Congress party's spin doctors are working overtime to project the decision favourably to the country. Sheela Bhatt reports

Prime Minister Manmohan Singh is a worried man. He wants Mamata to support the government to override the crisis. The Opposition parties, Left to Right, are pressing for debate and voting on the issue in Parliament.

Since the last one year, Dr Singh was accused of being indecisive. He was also worried that his claim on legacy of India's growth story will be damaged if he does not take forward India's economic reforms, now. His popularity in middle class urban India has been hit due to the various scams under his leadership.

But when he took a decision, the situation has taken a risky turn. 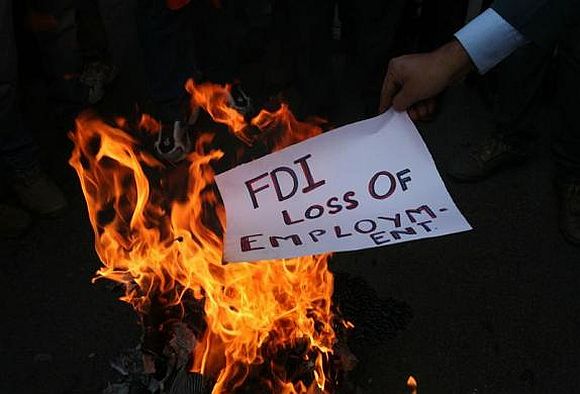 Some smart politics and a combined assault by UPA's ally Trinamool Congress and Opposition parties have put the government on the back foot.

The government is in a fix. The assertive decision on FDI in retail has alienated the UPA coalition's important ally. The decision has so far not seriously affected the stability of the government, but it is bad enough that speculation is on about what if Mamata refuses to budge. In fact, this is not just a speculation. The UPA has started doing reality check on the question.

It is becoming clearer that Rahul Gandhi supported the government's decision on FDI. His one line comment that FDI is the non-issue in the Uttar Pradesh election is revealing.

It indicates that he does not think that allowing the FDI in retail can hurt Congress's electoral fortune. He audaciously thinks that farmers or urban voters would not pick up the issue. 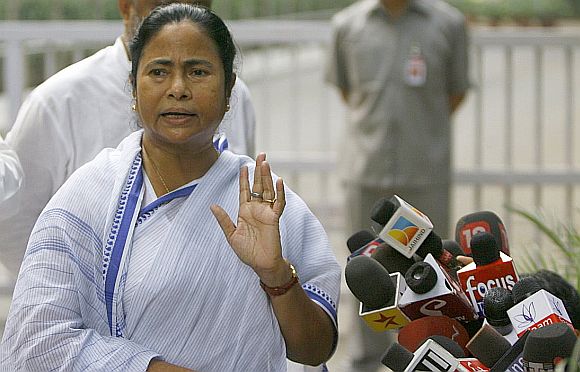 But Rahul Gandhi's support on FDI notwithstanding the deadlock in Parliament over the issue of allowing 51 per cent FDI in multi-brand retail is unlikely to resolve without the government giving in to maintain stability within the UPA and to keep status quo in New Delhi.

The government's spin doctors are claiming that the Opposition parties have been forced to react to the decision taken by the government. But this confidence is marred by the fact that the celebrated decision has taken its ally, the Trinamool Congress to the point of no return.

Trinamool leaders privately say, "There is no question of our leader succumbing. She will never support the FDI in retail. If the government has to go then it goes. We are ready for the election."

This is the crux of the matter. 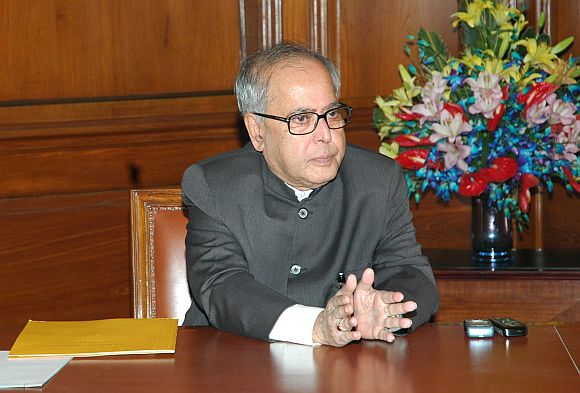 No party in New Delhi is as ready to go to election as the Trinamool. Right now, it has 18 MPs, but if an election takes place within the next six months it expects to sweep West Bengal and gain around 34 seats out of the 42. That would be huge jump for the young regional party.

Trinamool's tactics have irked Bengali babu Pranab Mukherjee, who has been sparing no opportunity to express his anger.

During the Hindustan Times Summit when he asked about the lack of consensus on the FDI issue within the UPA and about the objection raised by Trinamool, Mukherjee said: "You (Mamata Banerjee) can exercise your authority within your territorial limit, but don't stand in the way of others who want to implement it. Therefore, let there be an enabling provision and this is an enabling provision."

In the same breath, he confessed, "But I am not quite confident and cannot say that we will be able to do it, but the process is on." 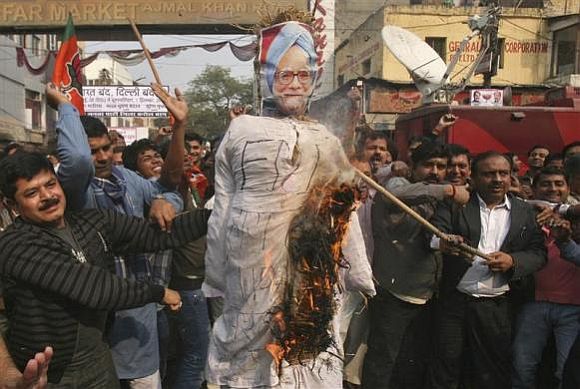 The "process" of cajoling Mamata is on. The first high-level attempt was made by none other than Prime Minister Manmohan Singh.

He called the West Bengal Chief Minister to enquire about her mother's health. During the phone call, Mamata did some straight talk that would be quoted as the lesson on the importance of intra-party relations in multi-party alliances.

In a brutal snub to Dr Singh, Mamata said, "I have had a discussion with the prime minister on FDI in retail. I told him that we don't want the government to be toppled on this issue. This is a very sensitive issue. But at the same time, it is not possible for us to support FDI entry into retail. I am sorry."

This is the resounding NO to the FDI and leaves few options with the government.

Since Parliament will re-open only on Wednesday, the Congress party has decided to "attack" using the every trick of the trade to show that the decision to allow 51 per cent FDI in retail trade is a well thought-out decision and that the government means business.

Commerce Minister Anand Sharma and other Congressmen are now saying that the FDI issue was under debate since long and that both the Trinamool Congress and the Dravida Munnetra Kazhagam had been sounded about it.

The government went ahead thinking that, after all, it is a decision that does not require Parliament's nod. It is an executive decision where Parliament can't have control over executive jurisdiction. 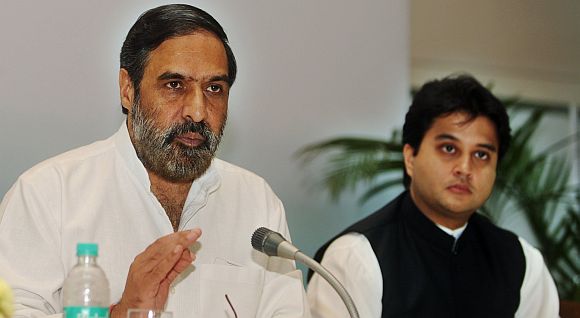 At an official function on Friday in the lawns of Information and Broadcasting minister Ambica Soni's residence, spin masters of the Congress party were present to brief the media.

Congressmen are arguing that it is better to debate assertively on the FDI issue inside and outside Parliament then defend the charges on corruption and price rise.

Sibal was aggressively arguing in favour of the decision on FDI and said that farmers are rejoicing, but the Opposition parties are indulging in false propaganda.

Khurshid quoted the English media, which has been giving favourable coverage and defending the FDI in retail. 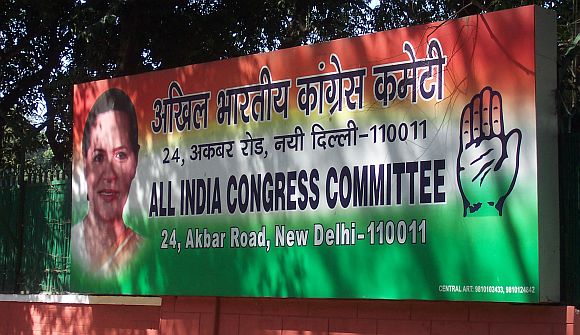 Ministers of State like Jyotiraditya Scindia, Sachin Pilot and R P N Singh have been given the duty to dutifully visit television studios and bravely field questions on the FDI issue.

The Congress party thinks that since last two days they have been successful in giving a positive spin to the FDI debate. The debate is going forward and is not entirely one-sided.

But it seems that this bombardment of arguments and counter-arguments over the FDI may not be enough to cajole Mamata Bannerji.

Only on December 7 will the situation become clear. But today surely Congress leaders are showing that they will be more comfortable to go to the people on the issue of FDI than Lokpal or corruption.

Top 6 Photo Features of the Day