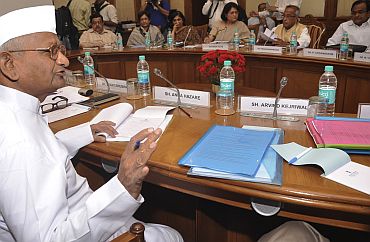 Government on Monday released audio tapes of proceedings of the joint drafting committee meetings on Lokpal Bill that brings out sharp differences that had always marked the relationship between Team Anna and Union ministers on issues like inclusion of prime minister and the judiciary under its ambit.

In the nine-part CD of the meetings, the activists could be heard strongly pressing for inclusion of the prime minister and higher judiciary while the government side was stiffly against such a provision.

The CDs covering nine meetings of the drafting committee, which was constituted after activist Anna Hazare's fast in April, were provided in response to an RTI application filed by activist Subhash Agrawal.

'Any probe can follow once PM's term is over' 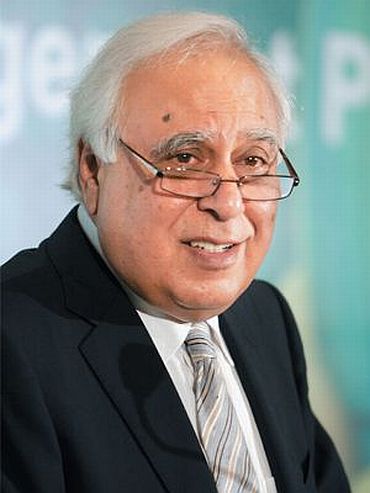 In one of the conversations, Human Resources Minister Kapil Sibal points out that while proof of culpability of the prime minister will come after the probe is over, thought must be given to his "international standing" and standing in public eye during the course of investigation.

He had suggested that the prime minister may be allowed to serve his term and any probe or prosecution can follow once the term is over.

This was strongly opposed by Team Anna member and former Karnataka Lokayukta Justice Santosh Hegde who said exclusion of the prime minister, higher judiciary and lower bureaucracy will not leave "any operating area" for the anti-corruption body.

'Neither Constitution nor laws provide immunity to PM' 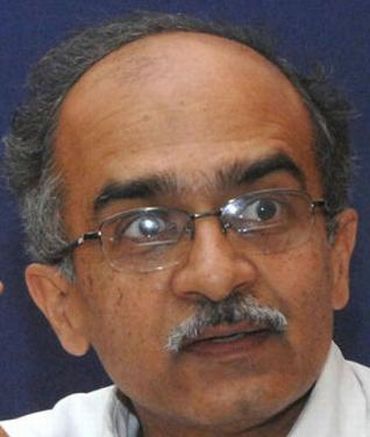 His views were echoed by lawyer Prashant Bhushan who said neither the Constitution nor the laws provided any immunity for the prime minister.

"If a case is made out, the investigations have to be carried out...Presently also, CBI could initiate investigation but practically the same cannot be and is not done," Bhushan said during one of the meetings.

The joint drafting committee, comprising five members of Team Anna and an equal number of Cabinet ministers, was formed to finalise the draft of the Lokpal Bill.

Earlier, responding to an RTI query, the Department of Personnel and Training had said that they require the nod of the law ministry to make public audio recordings of the close-door meetings of the committee.

'Who initiates the prosecution?' 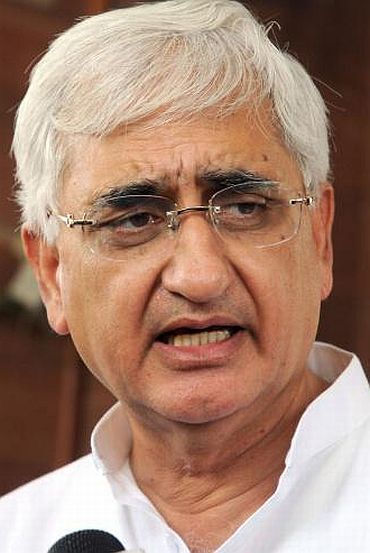 According to another conversation, the then Water Resources Minister Salman Khurshid asked the civil society members about the prosecution powers to be given to the Lokpal.

He asked whether sanction for prosecution will be given by the Lokpal bench or investigating officers. "If this is to be done by a bench of Lokpal, it is one thing. If it is to be done by officers, it is quite another. So who initiates the prosecution?" Khurshid said.

RTI activist Arvind Kerjariwal replied, "Initially, what we have said for the council of ministers, for judges, for the prime minister, for members of Parliament, we have said that prosecution sanction will be accorded by a bench of Lokpal, seven-member full bench of the Lokpal. But for others, they can ask one of the functionaries to give that permission."

This point was questioned by Sibal who said, "The bureaucracy cannot function......You have to protect officers in some way."

'Who is going to complain to a court against any inspector?' 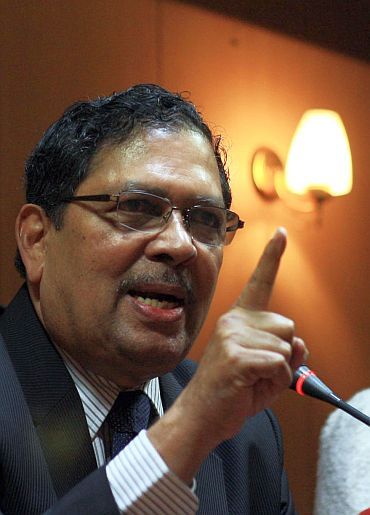 Justice Hegde cited provisions of the Prevention of Corruption Act and the Supreme Court's decisions to argue that "sanctioning authority (for prosecution) can look into whether the offences were committed in the course of discharge of duty."

Addressing Hedge by first name, Sibal said, "The problem is fundamentally this. That we are not arguing here...We are setting up a parallel agency which is accountable to nobody."

Eminent lawyer and co-chairperson of the committee Shanti Bhushan put out his point that "under the criminal law today, for investigation and after investigation registration of case, prosecution never gives an opportunity to an accused".

'Consideration of Lokpal Bill will only be done in Parliament' 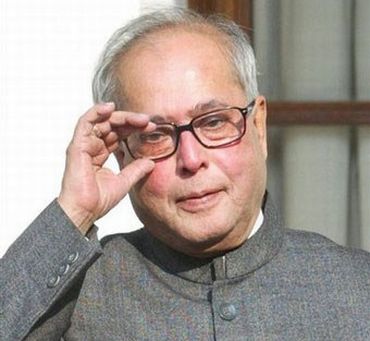 On the issue of draft bill(s), Finance Minister Pranab Mukherjee is heard saying that "I will place both the drafts for the consideration of discussion. Not consideration. Consideration will only be done in Parliament. Government will have to look into it before they give their approval for introduction."

Kejriwal said the "Cabinet will have to select one of them." Mukherjee said "or the combination of both."

On the issue of separate Lokpal Bill for states, Mukherjee cited the Punjab chief minister's view that there was no need for such an act as they have their own.

Mukherjee said "but I have decided to seek their opinion and I told it in the meeting itself."