Sign in  |  Create a Rediffmail account
Rediff.com  » News » Rahul can't become PM after a day in a hut: Hazare

Rahul can't become PM after a day in a hut: Hazare 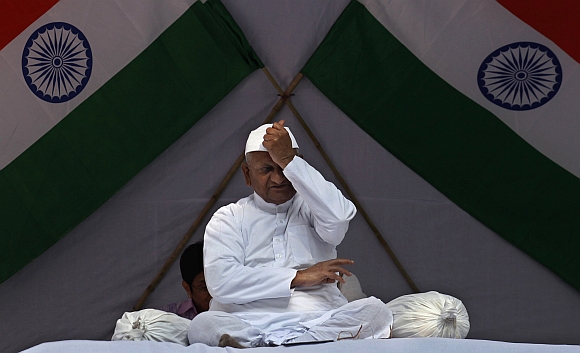 Image: Anna Hazare gestures during his one-day fast at Jantar Mantar
Photographs: Reuters
Taking on Rahul Gandhi, Anna Hazare on Sunday said he aspires to be the prime minister but spending "one day" in a hut is just not enough.

"I don't have any fight with Rahul Gandhi. He is also young man. He dreams of becoming the prime minister. But spending one day in a hut is not enough. He has to spend months doing it," Hazare said in his address during his one-day dharna protesting against the Parliamentary Standing Committee report on Lokpal Bill.

'Rahul behind watering down of Lokpal report' 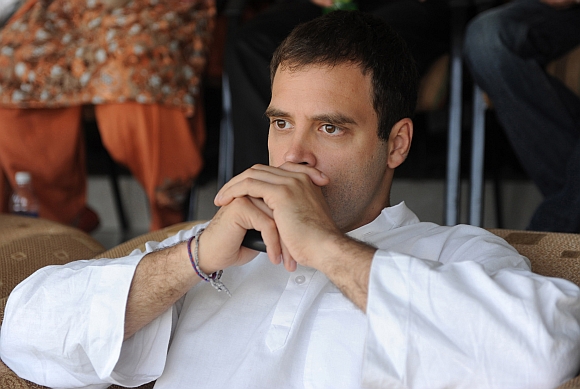 Image: Congress General Secretary Rahul Gandhi
Photographs: Reuters
During his tours to rural areas, Rahul has from time to time spent a night at homes of villagers. He accused the All India Congress Committee General Secretary of being the person behind the watering down of the Lokpal report.

"When the prime minister has given in writing...then who can be behind that. It is Rahul Gandhi. Who else can influence? I think who has the courage to influence or to go against?" he said.

'PM unable to take decisions, no one listens to him' 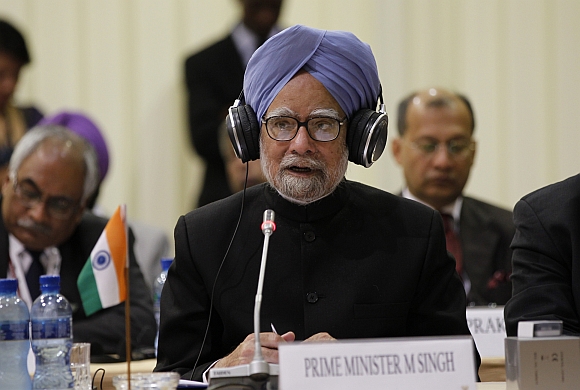 Image: Prime Minister Manmohan Singh
Photographs: Reuters
He further launched a scathing attack on Prime Minister Manmohan Singh alleging that he was not able to take any decisions and no one listened to him."Prime Minister wrote a letter to me saying he is ready to give powers to village panchayats but will he able to do that. He has to keep silent or his ears will be cut. He is the prime minister but three-four other people too think they are prime ministers. He is not able to take decisions and no one listens to him," Hazare said addressing his supporters during his one-day fast for a strong Lokpal.Hazare alleged that the prime minister does not take decision on 150 MPs who have criminal records.

"Then how will the country progress? He has become the prime minister but who will take decision. He does not take decisions...That is why we want the Right to Recall act. We want the right to reject candidates and recall them if they do not perform," he said. 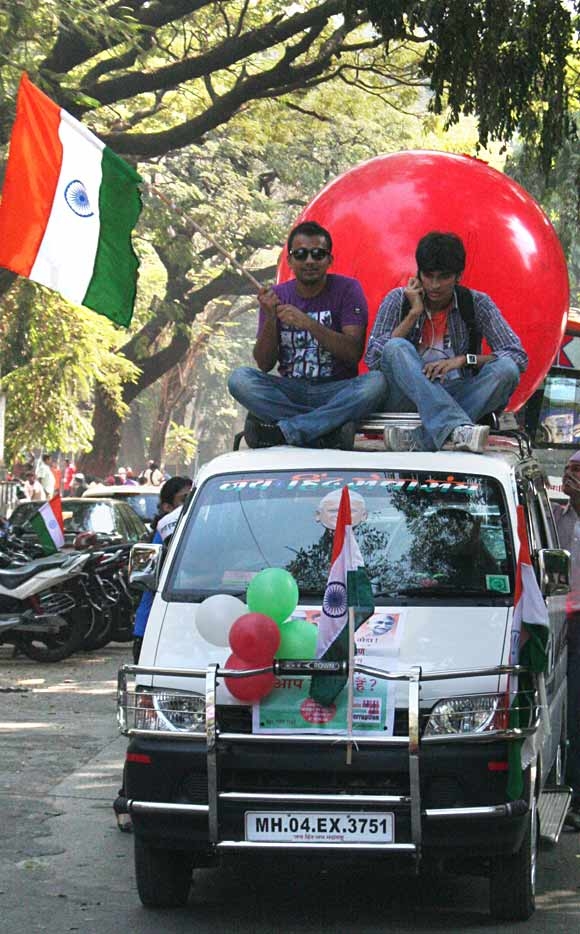 Image: Hazare supporters participate in a vehicle rally in Mumbai
Photographs: Satish Bodas/Rediff.com
The Gandhian said he wrote to the prime minister saying that the provision that allows non-auditing of donation less than Rs 20,000 should be withdrawn.He said he was in favour of auditing of even one rupee donation. "Bring a law in this regard," he said.He said people should be ready to go to jail.

"There should be no place in any jail in the country," he said adding, "Why are you reluctant, you get breakfast and two square meal in jail?"Calling upon youth to join the struggle, he said, "There are unemployed youth who are roaming in the country... Go to jail for bringing in a new law."Hazare also said attempts were made to break his team but no efforts would succeed in creating rift in his team.
Tags: