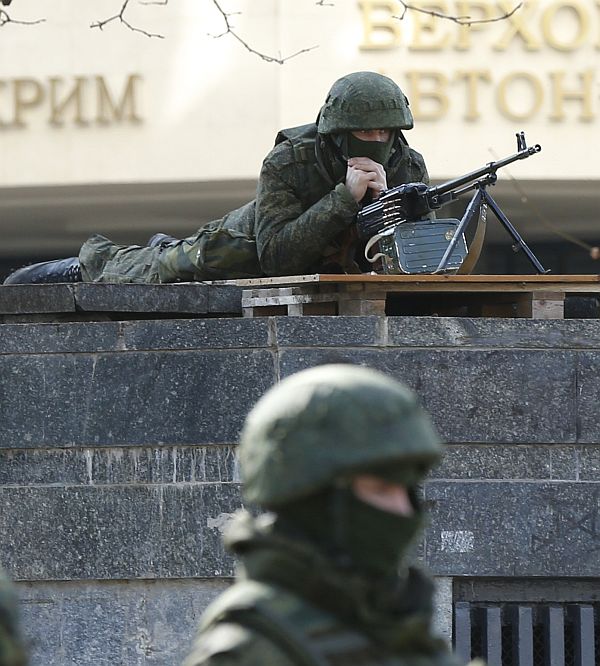 Image: Armed men take up positions around the regional parliament building in the Crimean city of Simferopol
Photographs: David Mdzinarishvili/Reuters

Russian parliament has granted President Vladimir Putin permission to use the country's military in the Crimea, the southern part of the Ukraine where pro-Russia support is strong.

The unanimous vote in an emergency session formalised what Ukrainian officials described as an invasion of Russian troops in the strategic region of Crimea.

"I'm submitting a request for using the armed forces of the Russian Federation on the territory of Ukraine pending the normalisation of the socio-political situation in that country," Putin said before the vote.

Unofficially, thousands of Russian troops and military vehicles have been taking up positions in Crimea in recent days. 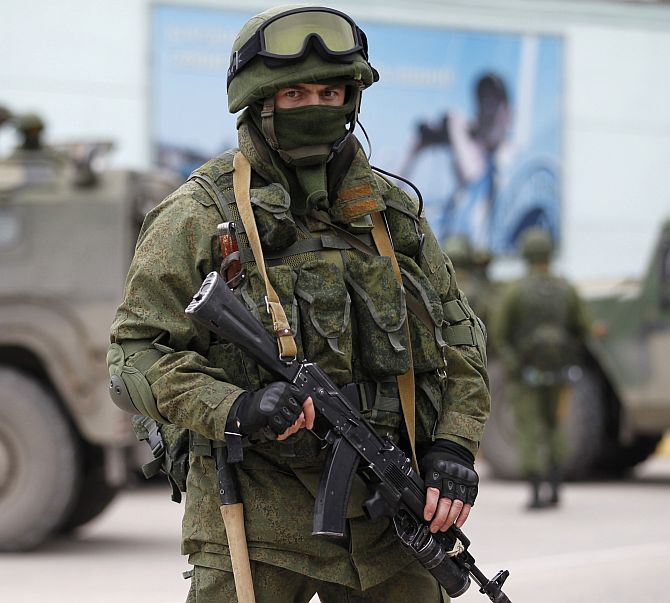 Armed men described as Russian troops took control of key airports and a communications centre in Crimea on Friday. Ukraine has accused Russia of a "military invasion and occupation”.

Putin had earlier said that to send Russian troops was needed to protect ethnic Russians and the personnel of a Russian military base in Ukraine's strategic region of Crimea.

In the escalating war of words, officials in the Ukrainian capital of Kiev accused Russian armed forces of invading Crimea and violating Ukraine’s sovereign territory. However, Russian officials claimed that military movements in the region were covered by an agreement that leases the Crimean peninsula to the Russians for a key strategic naval base for the Black Sea fleet -- a claim denied by Kiev. 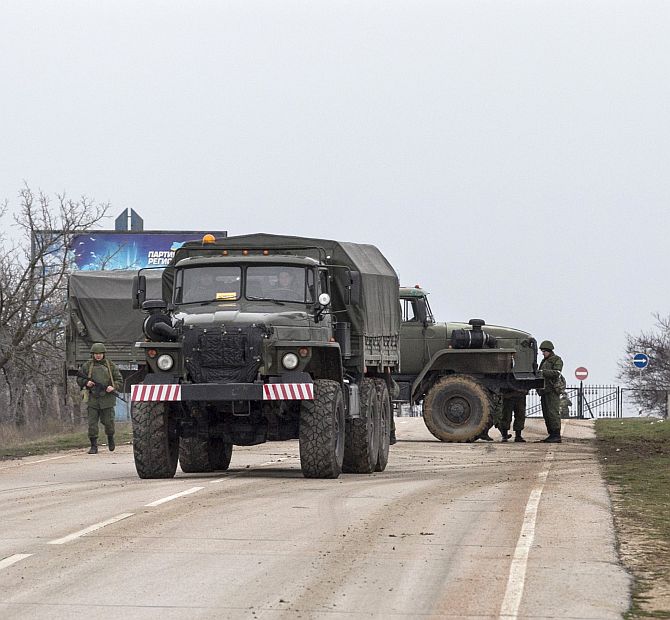 Image: A military truck drives out of Belbek Airport in the Crimea region
Photographs: Baz Ratner/Reuters

The newly installed, pro-Russia prime minister of Crimea declared that he was in sole control of the military and the police in the peninsula and appealed to Putin for help in safeguarding the region.

The latest statements from both sides in the crisis follow mounting concern in the west, which on Friday prompted a statement from US president Barack Obama.

Obama warned Moscow on Friday "there will be costs" if it intervenes militarily.

In response, the Russian Parliament on Saturday asked that the country's ambassador in Washington be recalled 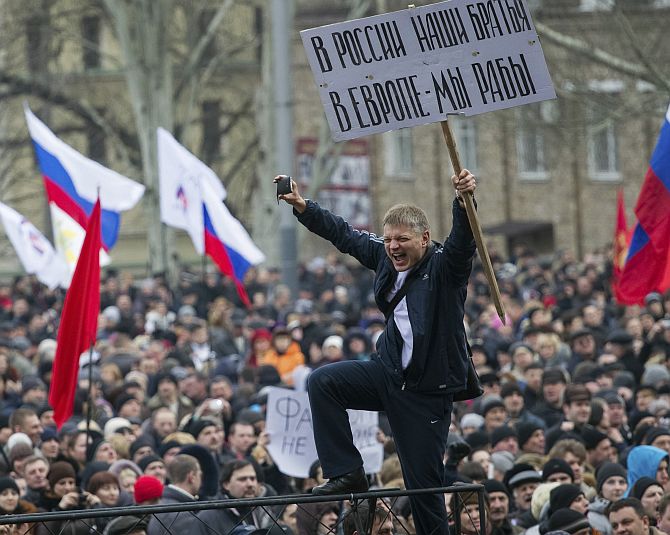 The latest escalation of tension in Ukraine, where Viktor Yunukovych was deposed as president a week ago following mass demonstrations in which over 80 people died, came after armed men described as Russian troops took control of key airports and a communications centre in Crimea on Friday.

Ukraine's population is divided in loyalties between Russia and the west, with much of western Ukraine advocating closer ties with the European Union while eastern and southern regions look to Russia for support.

Crimea, a south-eastern peninsula of Ukraine that has semi-autonomous status, was seized by Russian forces in the 18th century under Catherine the Great.

It became part of Ukraine in 1954 when Soviet leader Nikita Khrushchev transferred jurisdiction from Russia, a move that was a mere formality until the 1991 Soviet collapse meant Crimea landed in an independent Ukraine.

Moscow has taken a confrontational stance toward its southern neighbour after pro-Russian Yanukovych fled the country. 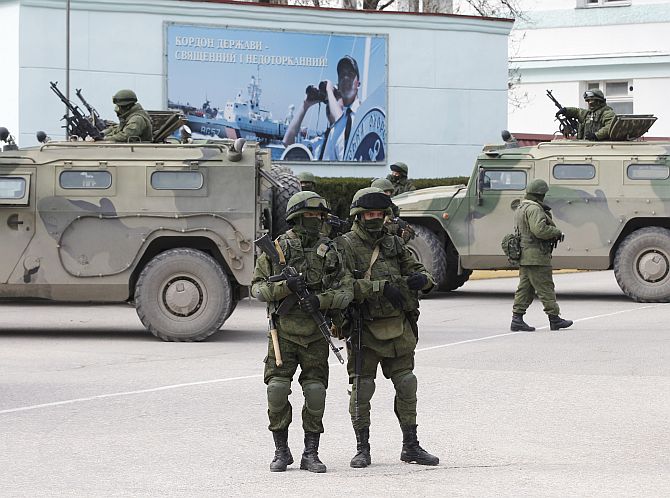 Reuters reports that language emanating from Moscow was reminiscent of the Cold War when Moscow felt its allied states in eastern Europe under threat from Western intrigue -- something the Kremlin has cited in recent weeks as a factor in the crisis.

Putin used the justification of protecting Russian citizens in 2008 when he ordered the invasion of neighbouring Georgia, where Moscow quickly seized two breakaway regions and recognised them as independent.

For many Russians, Crimea and its Soviet-era "HeroCity" of Sevastopol, besieged by Nazi invaders, has a strong emotional resonance.

For Ukraine, independent of Russia since the collapse of the Soviet Union in 1991, and already facing an economic crisis, its loss would be an enormous blow.