Whichever way the presidential polls go it will be seen as a loss of face for the Congress, writes senior analyst B Raman

The Congress finds itself caught in a bind over the decision of the Samajwadi Party chief Mulayam Singh Yadav and the Trinamool Congress chief Mamata Banerjee to propose in public their own options as possible presidential candidates, which are totally different from the preferences of the Congress.

According to the TMC, the preferences of the Congress are Finance Minister Pranab Mukherjee and Vice President Hamid Ansari. Yadav and Banerjee have sought to circumvent the preferences of the Congress without having to reject them, by proposing three options of their own -- former President APJ Abdul Kalam, Prime Minister Dr Manmohan Singh and former Lok Sabha Speaker Somnath Chatterjee.

Through their preferences indicated in public, Yadav and Banerjee have sought to convey three messages to Congress President Sonia Gandhi. First, the political paralysis and the economic meltdown in the country can be broken only by changing the prime minister without humiliating him. Second, the only way of doing so will be by elevating him to the President's post. Third, if Gandhi wants a Congress candidate as President, it can be only Dr Singh and not Mukherjee. 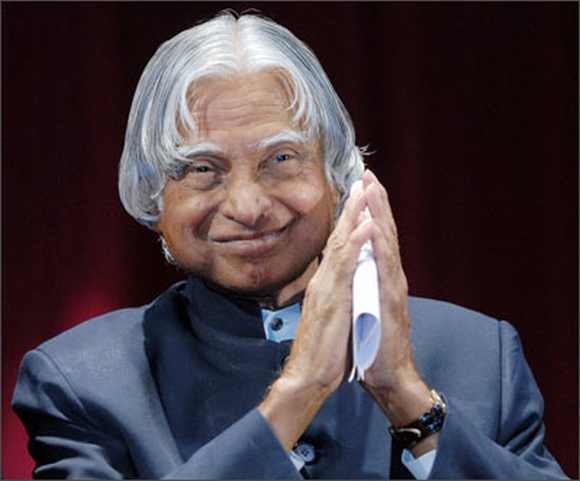 Image: Former President AJP Abdul Kalam is back in the race for Rashtrapati Bhavan

The Congress is now facing two cruel alternatives both of which could cause it a loss of face. First, it can defiantly go ahead with the candidature of Mukherjee hoping that he could somehow scrape through. This could be unlikely if the SP and the TMC manage to persuade Dr Kalam to contest against Pranabda.

If Kalam is a candidate against Pranabda, the National Democratic Alliance allies and parties from Tamil Nadu may join the SP and the TMC in supporting him, thereby making it difficult for Pranabda to win. DMK chief Karunanidhi has hinted on many occasions that while he may have no problem in supporting Pranabda, the situation could change for his party if there is a son of the soil from Tamil Nadu in the fray.

Congress will plunge into crisis if they choose PM over Pranab 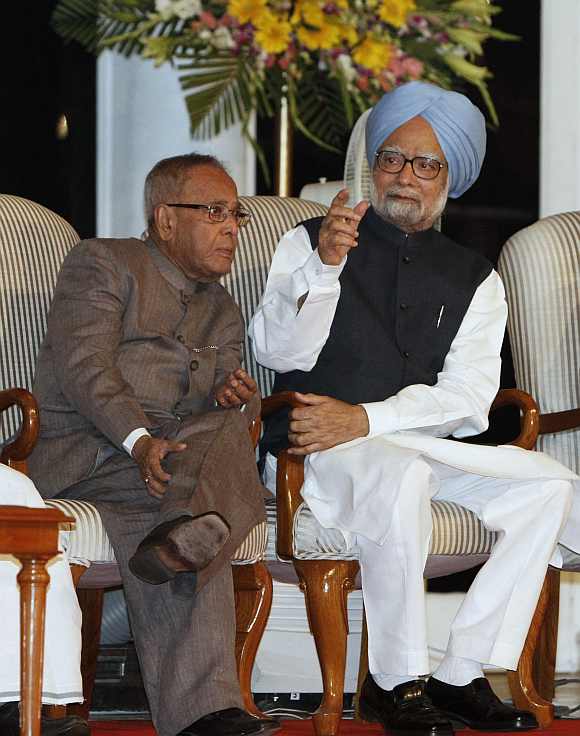 This could create a serious crisis in the Congress, thereby further damaging its authority and credibility and further affecting its ability to continue to govern the country. If a non-Congress candidate such as Abdul Kalam becomes President, the Congress may not be able to suggest new elections at a time of its choosing because the President may not accept its recommendation.

It's a no-win situation for the Congress From the developments of June 13, it is fairly clear that by its ham-handed handling of the search for a presidential candidate, the Congress has lost control of the political ground situation. Whichever way the situation evolves, it will be seen as a loss of face for the Congress.

The definite loss for the Congress need not necessarily be a definite gain for the Opposition parties because their political incompatibilities are bound to come out in the open and render the situation intractable as the presidential elections approach.